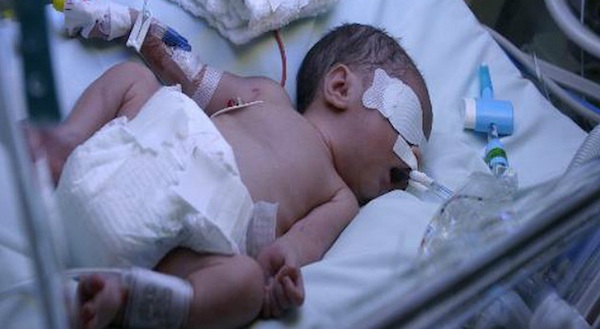 Democratic Tennessee Rep. John DeBerry Jr. said he voted for a bill that will ban abortions in the presence of a fetal heartbeat to enhance the pride and self-esteem of women.

DeBerry voted in favor of the bill so that women “don’t feel that their bodies are just a vessel for somebody to play with,” he said, according to The Tennessean. “I think that’s what’s being lost. Personal responsibility, pride, self esteem — it makes a person walk away from those situations that get them in this position,” DeBerry also said.

DeBerry’s remarks come after the Tennessee House of Representatives passed a bill March 7 that seeks to ban abortions after an unborn baby’s heartbeat is detected. Exceptions are permitted only “in a medical emergency that necessitates an immediate abortion of a woman’s pregnancy to avert her death or for which a delay will create serious risk of substantial and irreversible impairment of major bodily function,” according to the legislation.

A heartbeat typically becomes detectable between six and nine weeks of gestation. Many women do not know they are pregnant at six weeks.

“This was the first chance in 25 years that I had to go on record and say I disagree with abortion,” DeBerry also said, according to the Tennessean.

No Democrats have attacked DeBerry for his vote supporting the bill, according to the Democratic representative.

The Georgia House of Representatives approved a bill in March that seeks to ban abortions after a fetal heartbeat is detected. The bill makes exceptions in cases where the mother’s life is in danger and allows for abortions in cases of rape and incest, but only if a woman files a police report.

The Missouri House also passed a bill in February banning abortions in the presence of a fetal heartbeat. Arkansas, North Dakota and Iowa have passed similar heartbeat abortion bans but have faced injunctions and court orders preventing them from enforcing the bans.