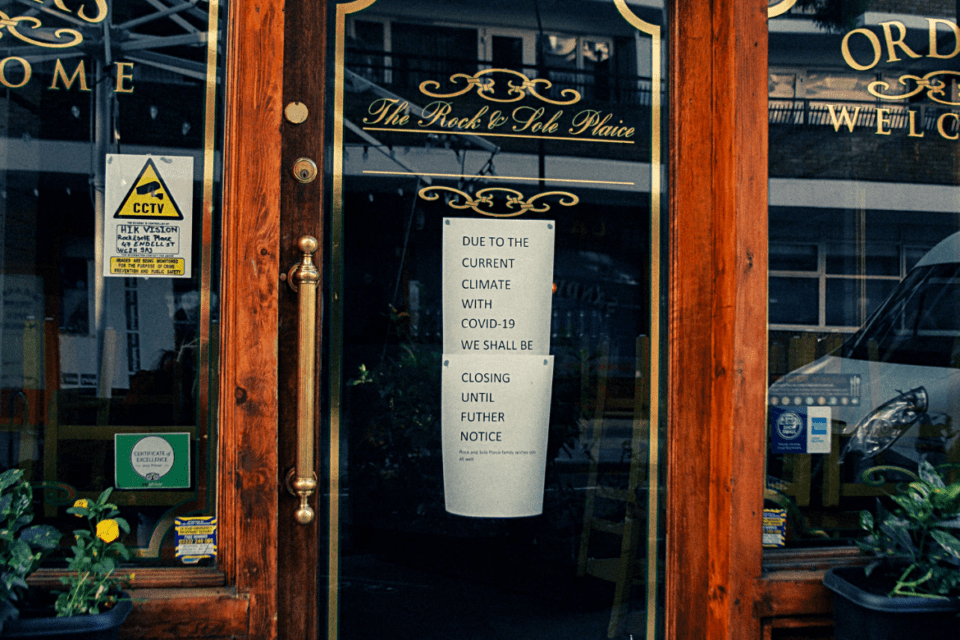 It’s Now Up to Governors to Slow the Spread,” says a Wall Street Journal article — written by board members of pharmaceutical companies Pfizer and Illumina, Johnson and Johnson and Cigna. It encourages states and governors to band together and implement restrictions “focus[ed] on known sources of spread, such as bars and nightclubs.”

Drs. Gottlieb and McClellan’s plea sounds reasonable. After all, ‘the science’ tells us that Covid spreads in confined spaces. Basing policy advice on ‘the science’ would be the sensible thing to do. These spaces — the restaurants, bars and cafes we enjoy — must be closed for our protection.

But there’s just one small problem: ‘the science’ isn’t really there. In fact, the only evidence we have is circumstantial: all we have are data simulations (in other words, predictions), case studies followed up with contact tracing, and… that’s it. Given that Covid has become a worldwide attention magnet for 8 months one would expect a lot more substantial evidence than is available.

There was, after all, an overwhelming flood of 4,000 new papers weekly at the start of the pandemic. Wired writer Roxanne Khamsi notes that if the WHO and CDC had cited studies they were using to guide policy, then policy updates would have seemed less arbitrary and capricious. “Hiding the scientific basis for pandemic policies makes it harder for the public to evaluate what’s being done. That means there’s no good way to audit measures that may be poorly crafted or even dangerous.” Khamsi continues,

“[Six] feet apart [guidance] originated in part from a 3-foot rule determined by decades-old studies of card-game players, and that the recommended spacing had been doubled on the basis of research into the spread of the original SARS virus through airplane cabins[…] each child in school should be allotted 44 square feet of space [could be] traced back to a consultant who’d found it in an education magazine, which in turn had bungled what was already a faulty calculation.”

Certainly if you are recommending that an entire industry be slowly strangled to death in the name of public health, you need some science behind you.

Media coverage continues to use ‘science’ to remind us that restaurants, gyms and hotels are a high-Covid risk and are potential superspreader events. Last month articles loved to cite a Stanford computer model which uses cell phone data to simulate Covid spread in 10 major US cities and “map the hourly movements of 98 million people from neighborhoods… to points of interest (POIs) such as restaurants and religious establishments.”

While tracking mobile phones Big-Brother style gives an indication of density, the study is heavily limited by data used in 1-hour blocks. Someone can spend 5 minutes in a grocery store to buy milk, and 50 minutes later someone else can also spend 5 minutes in the store to buy bread. Under the model, they are both characterized as in the store for an hour; and suddenly the people in the store during that hour — and the risk to everyone — has gone up by two.

As Jeffrey Tucker wrote, even the CDC has been misappropriated in support of a war on restaurants and bars. This study restricted analysis of their sample of positive cases “to case patients with close contact to anyone with confirmed COVID-19.” Unless Covid was caught in domestic settings, these case patients would perceive themselves as encountering it in a social setting — such as a bar or restaurant — thereby making them more likely to report having visited a bar/coffee shop.

After all, you are more likely to hear (and remember) that a friend has Covid than to have a store clerk or bus conductor advise you that they are Covid positive. And you’re more likely to forget a grocery store run than meeting a friend for coffee. What’s more, this study forgot to ask people whether they dined inside or outside, making the results meaningless, especially given that the survey was about summertime dining.

“COVID-19 Outbreak Associated with Air Conditioning in Restaurant, Guangzhou, China, 2020” is a limited case study which posits that substandard ventilation and seating in the path of the air conditioner caused Covid to spread to 9 other people, 5 of whom were seated at adjacent tables. Of course, unless everyone was accurately tested beforehand and arrived at the restaurant in a personal bubble there’s no way to verify that they caught it in the restaurant, and not on the metro, or between their car and the restaurant’s front door. While the authors note inadequate social distancing, that’s simply part of life in Guangzhou, where population density is 5,100 people per square mile.

Another study comparing Covid transmission during a bus ride to a worship event in Eastern China between two buses found that “those who rode a bus with air recirculation and with a patient with COVID-19 had an increased risk of SARS-CoV-2 infection compared with those who rode a different bus.” Like the Guangzhou restaurant, these authors acknowledge airborne transmission may only partially explain transmission. All this study shows is that Covid doesn’t suddenly materialize among people who don’t have it, and if you spend hours in a confined space with someone you could get it. Again, it’s China, and 64 people per bus sounds rather cramped.

There was also that superspreading event at a bar in Ho Chi Minh City, Vietnam. Patient 1 had travelled in Thailand and around Vietnam, before attending a St. Patrick’s Day party where he passed it on to 18 others. According to the researchers, the cases were phylogenetically close, but different from other cases in Ho Chi Minh at the time. However, the US$25 tests would be out of most Vietnamese people’s price range, where the average salary is $148 per month, so describing the cases found in the bar as “different from other cases” in the city is a big assumption.

These flimsy studies relying on contact tracing (and there’s no way to know other customers didn’t catch Covid elsewhere before hand), computer simulations and use of case numbers as a basis to legitimize everything from masking and capacity limits on establishments, to contact tracing, and calls for better ventilation and dehumidification.

Our governors say they are following the science, and therefore these stringency and shutdown measures are required to prevent severe outcomes. None of these studies document severe outcomes — they don’t tell us whether the other customers in the restaurants, bar or buses suffered symptoms, were hospitalised, required intensive care or ended up passing away.

Until we start questioning “the science” or demand that our policymakers stop hiding behind the boastful yet ambiguous label of “science” and adequately identify precisely what evidence they are following, we will be sucked into an endless spiral of cyclical shutdowns. Unless they tell us what science they are following, we cannot go back to check — like a schoolteacher checks students’ spelling — and verify that it is correct, and we cannot hold our elected representatives responsible for the social, economic, education and health fallout of their policies.

For all we know, the science may be deeply flawed. Worse, it may not even exist. Micha is a full-time Research Associate at the American Institute for Economic Research, and is currently pursuing her Master’s degree in International Relations and National Security through Curtin University.

She has previously completed a double degree in Bachelor of Arts (International Relations) and Bachelor of Commerce (Economics) also at Curtin. She was an active member of the student community throughout her undergraduate studies as Secretary of the Curtin Wall Street Club and participant in Curtin Business School Wesfarmer’s High Achievers Program.

During her studies she participated in numerous extra-curriculars, including interning in the International Trade and Investment division at the West Australian Chamber of Commerce and Industry. She is a Mannkal Foundation scholar alum, who has previously been awarded fully-funded scholarships to participate in the Mannkal’s Leadership Development Program (Washington DC) as well as an advanced industry placement at the American Institute for Economic Research. Prior to that, Mannkal also sponsored her to attend the University of Hong Kong’s 2018 Asia Institute for Political Economy summer school, organised by George Mason University and the Fund for American Studies, as well as several conferences within Australia. 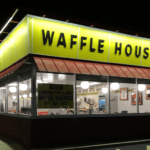 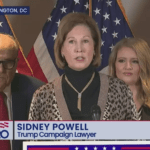