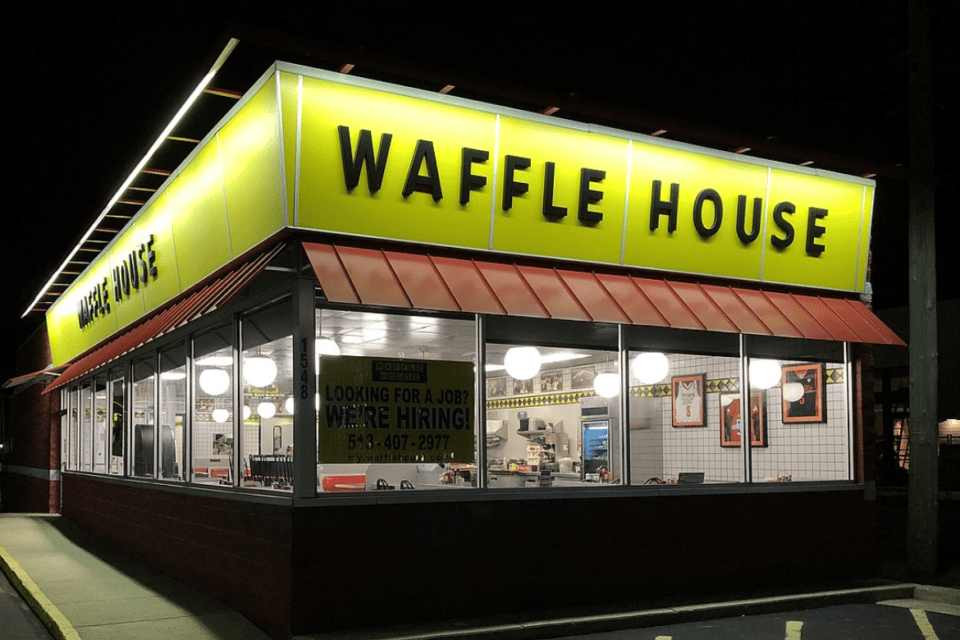 Walt Ehmer, the CEO of Waffle House, didn’t mince words when he explained his biggest problem with economic lockdowns stemming from the COVID-19 pandemic.

“None of the people who make the decisions to shut down businesses and impact people’s livelihoods ever have their own livelihood impacted,” Ehmer recently told Business Insider.

There’s clearly some hyperbole in the statement. After all, everyone is impacted to some degree by the lockdowns. But Ehmer’s larger point is correct: the people shutting down the economy are not being affected by lockdowns to the same extent others are.

When the coronavirus swept across America earlier this spring, Waffle House, which has locations in 25 states, was forced to shut down some 700 restaurants across the country. This put roughly 28,000 hourly Waffle House employees out of work, who became part of the 26.5 million Americans who filed for unemployment that month.

The story of these workers underscores an overlooked reality of the pandemic: lower-income Americans are being harmed the most by lockdowns.

Ehmer says many people don’t seem to realize the harm that’s being done to the people who can least afford it.

“A lockdown is going to put a lot of people out of work,” Ehmer added in his interview. “It’s really not about the business — it’s about the people. These people have jobs, they have livelihoods, they need to take care of their families.”

It’s safe to say the politicians ordering these lockdowns have not suffered the same way. For starters, they still have their jobs. But it’s also more than that.

The reality is that many politicians have probably seen their wealth increase. The lockdowns have been hell on Main Street but great for Wall Street. The Dow Jones Industrial Average hit an all-time high this week, in large part because so many corporations have seen their competition sidelined, increasing their market share.

But the inequities of the pandemic go beyond wealth. Time and again, the pandemic has shown that politicians have not been subjected to the rules and regulations they pass in the same way every day Americans have.

They can make a quick phone call to buy jewelry at stores that are officially closed, as New Mexico Gov. Michelle Lujan Grisham did back in April. They can arrange an appointment with a stylist while salons are closed because these businesses are “not essential” (unless you appear on TV, in which case they are very essential), as House Speaker Nancy Pelosi and Chicago Mayor Lori Lightfoot did. Or, like Philadelphia mayor Jim Kenney, they can ban indoor dining for others while sneaking out for a bite to eat on the sly.

These actions might earn lawmakers some bad press, but that pales in comparison to what restaurants have endured during the pandemic. Eateries like Waffle House have been among the industries hardest hit by the lockdowns. Many do not see eating out as an “essential” activity (until a close friend’s birthday comes up, that is) and research has shown that eating out, like gyms, poses a greater risk of spreading the virus than other activities.

It’s certainly true that some activities are going to pose greater risks than others, but the reality is that only individuals can determine how much risk is worth taking to engage in a given activity. (See Milton Friedman explain this idea to a student in the video below.) This is a truth lawmakers too often ignore.

When Gavin Newsom broke his own COVID-19 dining restrictions to enjoy dinner with friends, he knew there was a risk he might contract the virus. But he determined that the risk was worth the value of a night out. When Bill de Blasio went to the gym to work out while other New Yorkers were forbidden to do so, he knew there was risk—but he similarly determined the risk was worth the rewards of exercise.

To be clear, I’m not saying Newsom and de Blasio should not do these things because they come with risks. I’m saying everyone should be able to determine how much risk they’re willing to take to engage in a given activity.

This is how Ehmer is approaching his work at Waffle House. He’s not denying that there are risks to dining out or going to work. He’s saying these risks need to be balanced against the damage being done from lockdowns.

When he says he works “side by side” with folks, Ehmer isn’t being metaphorical. When Business Insider interviewed the Waffle House CEO, he was in the back of one of the chain’s Memphis locations, wearing a polo uniform like the workers. He doesn’t sit on Zoom calls all day talking to managers at locations, but visits four to seven restaurants every day to work shoulder-to-shoulder with the employees who are delivering a service to customers.

This might sound reckless to some people, but it’s a clear sign of leadership. It also reveals a basic economic reality that many of today’s decision makers often forget.

Everyone does not have the ability to work from home,” Njeri Boss, Waffle’s House’s public relations manager, told Business Insider back in April.

Unlike many of us, restaurant workers and owners don’t have the luxury of working from home.

These jobs and eateries may matter little to the decision makers, but the National Restaurant Association points out that countless livelihoods are at stake because of the aggressive measures lawmakers are taking to slow the spread of the virus.

“Tens of thousands of additional restaurant bankruptcies — and millions of lost jobs — are now more likely, while the science remains inconclusive on whether any health benefits will accrue,” the NRA said in a letter sent to the National Governors Association on Tuesday.

For this reason, Ehmer says Waffle House restaurants will remain open unless they are forced to shut down by lawmakers.

“We’re trying to provide reliable careers and jobs for people,” Ehmer said.”We work side by side with folks.”

Ehmer’s stance against lockdowns is courageous, but ultimately bolder action may be required to save businesses from the pernicious effects of lockdowns.

Adhering to government orders that force businesses to close their doors may seem like the only sensible action to take, but there is another way— as Elon Musk has shown. In May, the Tesla founder simply refused to adhere to a government order forcing Tesla’s car plant in Fremont, California to remain closed.

“Tesla is restarting production today against Alameda County rules. I will be on the line with everyone else,” Musk tweeted. “If anyone is arrested, I ask that it only be me.”

Many would view Musk’s action as radical, but as FEE’s Dan Sanchez pointed out, it was the embodiment of civil disobedience, a form of peaceful protest that is perhaps the most effective tool for fighting injustice in modern history.

[Musk] is not seizing government buildings. He is just asserting his right to open Tesla’s private property to willing employees, and to pay them to produce cars to sell to willing buyers. And he expressly offered himself up for arrest should the government decide to invade private property and cage him for it. It may seem sacrilegious to include an eccentric billionaire in the same tradition as such heroic figures as King and Gandhi. But I would argue that economic freedom is as worthy a cause as any. Our very lives, livelihoods, and living standards depend on production and commerce. If civil disobedience is ever justified, surely it is for the sake of providing for ourselves and our children.​

“Disobedience is the true foundation of liberty,” the author wrote in his seminal work Civil Disobedience. “The obedient must be slaves.”

Ehmer’s opposition to lockdowns should be applauded, but eventually it may require more than words to break the lockdown spell. It may require peaceful but assertive action.

WHO Reverses Course, Now Advises Against Use of ‘Punishing’ Lockdowns

4 Life-Threatening Unintended Consequences of the Lockdowns

Harvard Researchers: Nearly Half of Young Adults Showing Signs of Depression Amid Pandemic