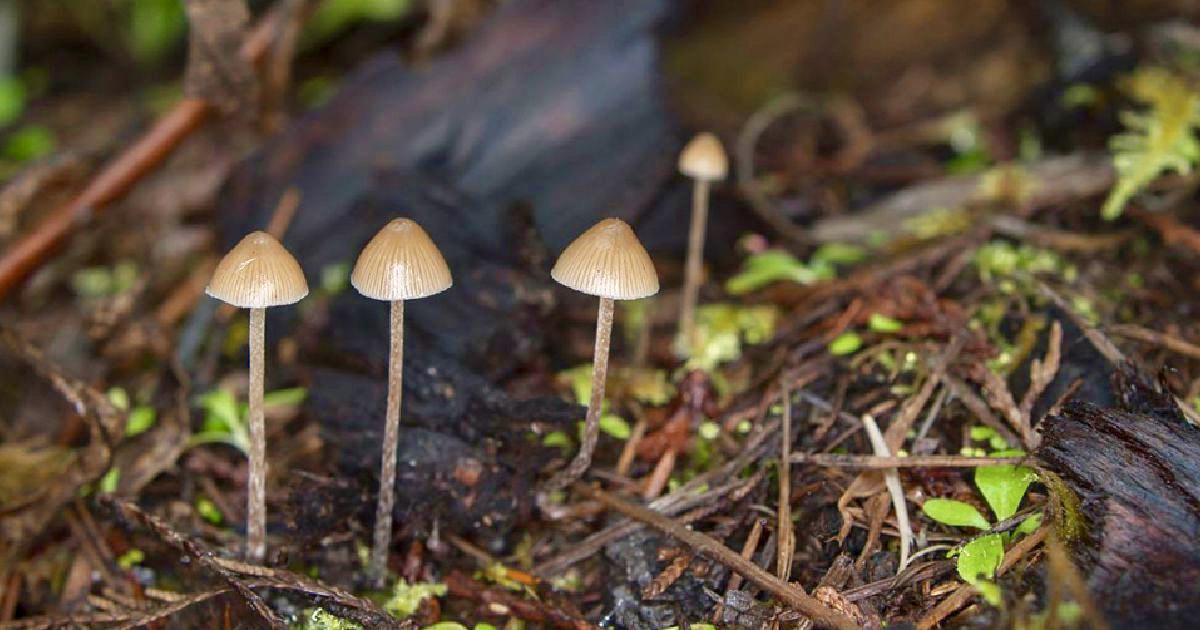 The state of Colorado has never shied from taking unprecedented moves toward ending the drug war. In 2013, it became the first state in the country to legalize the recreational use of cannabis. Wednesday night, the Centennial State made history once more by becoming the first state to have one of its cities vote to decriminalize the use of psilocybin, more commonly known as “magic mushrooms.”

A Vote to Remember

After diligent efforts were made by the group Decriminalize Denver, the Green Party, and the Libertarian Party, Initiative 301 found its way onto the ballot for Denver voters to consider after receiving more than 9,500 signatures in support of the measure. This was the first time that any effort had been made to decriminalize psilocybin since it was given its “Schedule I” classification in 1968—the same classification as heroin.

As Denver voters filed into voting booths yesterday, they were met with the surprising ballot measure, which read:

Advocates of the measure understood that the odds of it passing were slim to none. But that didn’t stop them from trying. In the early evening, as the votes began coming in, it looked as though the measure would be more of a symbolic gesture of the changing of the times than anything else.

News outlets, like the Washington Post, even prematurely ran articles with headlines claiming that Denver voters had “rejected” the measure before the votes had been finalized. This seemed to make sense, however, since much of the country is still working to decriminalize or legalize marijuana on both the medical and recreational fronts. Jumping right to the decriminalization of a psychedelic seemed like a bit of a stretch, even for 2019.

It’s been one hell of a 21-and-a-half hours. If these results hold, this is an example of the absurd comedy of the great metaphor. Against all odds,
we prevailed. This is what happens when a small team of dedicated and passionate people unite under a single idea to create change.

To be sure, this measure does not legalize the substance, but rather decriminalizes it. As the language of the measure states, adults found in possession of psilocybin will not have to fear being arrested and potentially having their lives ruined because of it. But this does not mean that residents can simply walk into a store and purchase the substance. The measure is similar to the steps taken in Colorado prior to the full legalization of the marijuana, where it was not permitted for sale but would not result in jail time if someone was found to be in possession of the plant.

Oddly enough, the groups supporting this initiative were not met with any sort of organized opposition. However, that is not to say that every resident was thrilled to see “magic mushrooms” make it onto the ballot—the margin was small, after all.

Psychedelics have been demonized since they garnered a bad reputation as the drug war was ramping up. During that time, President Nixon declared that Timothy Leary, the poster boy of psychedelic use, was “the most dangerous man in America” for imploring young Americans to “tune in, turn on, drop out.”

Still, while psychedelics have had a hard time shaking off the baggage they’ve carried with them since the 1960s when Leary and his friends had an all-too-cavalier attitude towards their habitual use, new scientific research has made efforts to decriminalize these substances more attractive over the last several years.

The FDA Calls It a “Breakthrough Therapy”

At the core of every argument against the drug war rests the belief that individuals should be free to choose which substances they put into their bodies. This does not mean they will always choose wisely; nor does it mean we must approve of the recreational use of drugs. But each person has the right to make this decision for themselves and to face the consequences of that choice.

However, when it comes to discussing the decriminalization and even the legalization of psychedelic substances like psilocybin, there is an even stronger argument to be made.

In 2018, the FDA shocked Americans when it granted psilocybin “breakthrough therapy” status for its potential to help with treatment-resistant depression. As a result, research has been fast-tracked, and it is likely that psilocybin will be an option for those suffering from severe depression in the very near future.

Already, the Multidisciplinary Association for Psychedelic Studies (MAPS), a leader in the field of psychedelic research, is conducting research on the potential for psilocybin to help with Major Depressive Disorder. It began testing psilocybin’s effectiveness in treating this disorder in 2017 and is currently in Phase II of its clinical trials.

Another study recently found that 47 percent of patients suffering from treatment-resistant depression saw dramatic improvement at the five-week mark after receiving psilocybin treatments. In 2018, researchers at Johns Hopkins called for the government to remove the substance from its list of Schedule I drugs. Additionally, psilocybin has shown enormous potential to help with opioid addiction. According to a recent study:

In addition to the opioid epidemic, there can be no denying that our country is experiencing a mental health crisis. With mass shootings on the rise and the loneliness epidemic causing individuals to feel more isolated and alone than ever before, our situation has grown dire. The whole picture becomes grimmer when you combine this with the fact that two decades of war have left tens of thousands of veterans psychologically damaged. Research suggests up to 20 percent of US vets suffer from PTSD. As a result, in recent years more veterans have taken their own lives than have died in combat.

Modern medicine has addressed our mental health crisis the only way it knows how: prescribing a cocktail of pharmaceutical drugs to correct the problem. Unfortunately, these medications have not been as helpful as many would have hoped. These drugs also come with a plethora of side effects that sometimes makes their use worse than the problem they are trying to treat. In fact, many come with a “may cause death” warning on the label. And once side effects are experienced, more drugs are usually added to correct for the unpleasant side effects.

As I wrote previously:

In the beginning, it may start with just an antidepressant, but when the side-effects of that drug manifest themselves, another drug is given to correct the side-effects. And when the new drug brings on its own set of side-effects, an additional drug is added on. And so on and so forth. Iraq War veteran Nigel McCourry is one such veteran who was subjected to this regiment of prescription drugs and in the book Changing Our Minds stated: “It was like they were trying to give me a chemical lobotomy, it was not an acceptable alternative to just dealing with the PTSD.”

Psilocybin, on the other hand, takes an entirely different approach to treatment. The reason this substance has such great potential is that it allows the user to approach their trauma head-on rather than avoid it. While many medications serve to mask symptoms, psilocybin (and similar substances like LSD) forces the user to confront what has happened to them, or what they may have done, and make peace with it. And unlike other medications that must be taken every day for the rest of a person’s life, psilocybin often only needs to be taken once or a few times during the course of a person’s life in order to experience its long-term effects.

This is different from virtually every other drug on the market. While the experience is intense, combining its use with talk therapy can help the user deal with issues much faster and more effectively than the treatment options currently available.

The results from Denver’s election will not become official until May 16th. And, as the initiative requires, the city must set up a “policy review panel to assess and report on the effects of the ordinance.”

However, this is undoubtedly one of the most important steps yet taken in the effort to dismantle the drug war. But even more significantly, Denver voters took a stand in support of mental health last night, and as a result, more people could soon have access to treatments that may bring them peace and maybe even save their lives.

The Linda Problem and Why Democratic Socialists Flunk Logic 101