Democrats in California hope to channel rage against President Donald Trump into control of the House of Representatives in the 2018 midterm elections by taking the heavily conservative Orange County.

Democrats in traditionally red congressional districts are getting more engaged than ever before as a result of Trump’s win in November of 2016, reports the Los Angeles Times.

“We were all really complacent before this election, thinking that we lived in safety and things weren’t that bad in Orange County,” Democratic organizer Amy Stevens told the LA Times. “People who lived here just sort of assumed it was red and the Democratic Party assumed it was red too. I don’t think there was very much effort made to make any change.”

All that’s about to change now that Trump is in the White House. Party leaders convinced 10 Democrats to run against their respective representative in Orange County, and county Democratic Party Chairwoman Fran Sdao asserts at least a dozen more potential candidates expressed interest in running.

“I don’t think any of us could have predicted this surge in interest,” she said. “We’re kind of in uncharted territory.”

Local organizers formed more than a dozen activist groups that have demanded meetings with Republican lawmakers, and organized protests outside of district offices and homes as a way to get their representatives to vote against Trump’s agenda.

Democratic candidate Hillary Clinton won the county during the 2016 election, and party leaders assert that there is an overall decline in registered Republicans, and an increase in Latino and Asian voters, two groups that traditionally vote Democratic.

The LA Times reported that Republicans still lead in new voter registrations county-wide, but that Democrats are catching up. GOP voters only make up 45 percent of total registrations in each of the four targeted races. 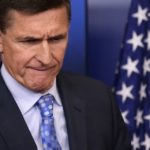 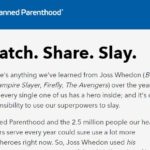