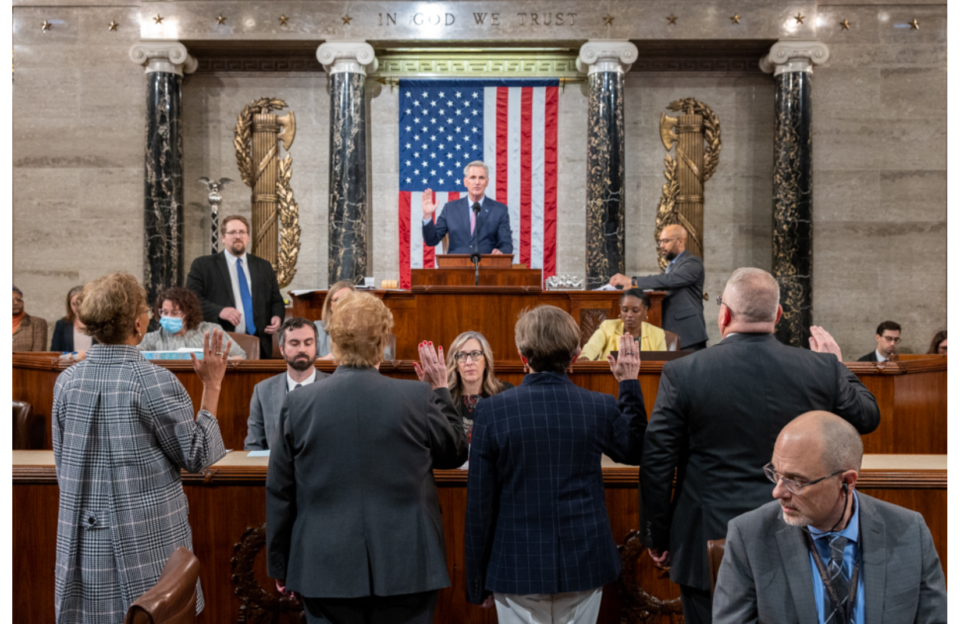 With the drama of electing Kevin McCarthy as Speaker of the House and approving new rules for the operation of the House, it is time to make Congress work. Thanks to the courage of twenty members of the Freedom Caucus (#Freedom 20), the overall effect of the new rules is the restoration of the most fundamental constitutional right of elected representatives—the right of all members to participate, on an equal basis, in the legislative process.

The rights of all members to fully function as legislators had been taken away by Speaker Pelosi, who legislated in small, secret groups. She knew knowledge was “power.” She used her power to manipulate the legislative process by bringing multi-thousand-page bills to the floor without giving members the ability to read the proposed law or the right to offer amendments. Pelosi treated backbenchers as lemons.

Now, as the hard work of legislating begins, Conservatives should never forget, “No plan ever survives contact with the enemy.” This point is critical since real conservatives have fought excessive spending and increasing national debt for decades, but their efforts have many times been thwarted by Republicans who spend just as much, or more, than Democrats. Based on fiscal year spending, Republicans are bigger spenders than Democrats.

The necessity of member participation. Since every member of Congress is elected by a congressional district of similar size, the average number being 761,169 people, each member should have similar rights to represent the legislative needs of their districts in Congress. Those rights include the right to know what they are voting on and to offer amendments to change bad legislation.

Through a combination of Rules changes and commitments from the Speaker, members will have 72 hours to read legislation before they must vote on it. And, if the legislation is only on one subject, it will be more understandable to them and the American people. All legislators will have the right to offer amendments to cut spending as opposed to being forced to endlessly increase it.  Additionally, special interest riders will need a two-thirds vote for approval. There were 7,200 legislative riders in the $1.7 trillion Omnibus Appropriations Act.

Every member of the House is now responsible for addressing the national debt. Now the #Freedom 20 and every member of Congress can run the government for the people, not the special interests. That will be an extremely difficult task. Jimmy Carter left office in 1980 with a $997 billion national debt. Today after four Republican and three Democrat presidents, the national debt is $31 trillion. As the great philosopher Pogo (a comic strip character) stated, “We have met the enemy, and it is us.”

Congress must recognize it created this spending and debt problem. Congress is responsible for addressing it. That said, the #Freedom 20 needs to convince many more members of the House and likely most of the Senate to attend “Spenders Anonymous.” Already, Republicans are on cable tv objecting to cuts in the military. If one department can be left off the table, all departments will be left off the table.

Since a point of order is merely the opening act, conservatives need to do the hard work of proving to spenders the need for budget cuts and debt reductions. Soon the #Freedom 20 will find that a “Point of Order” is great theater but is easily dismissed by a majority of spenders. For over two decades, the Congressional Budget Office identified hundreds of billions of dollars in congressional funding for thousands of expired authorizations stemming from hundreds of expired laws. All points of order were overruled.

In its last report, the CBO identified $461 billion in congressional funding for 1,118 expired authorizations stemming from 442 expired laws. House Rule XVI already prohibits such appropriations; however, the House merely voted to wave the rule and fund the expired programs.

Now however, with the empowerment of all members and a rule that requires all committees to review expired programs, each Republican member of the House should agree to review five expired laws to determine whether they should be reauthorized, amended, or let lapse and report their recommendations to the committee chair. Such a review would analyze the entire list of 1118 expired laws that are being funded. It is a chance to immediately save almost one-half trillion dollars.

The real dark and cold reality facing the #Freedom 20 is the Senate. The Senate cares little about members of the “lower” House. The Constitution created the Senate to represent states, not people. Notwithstanding the XVII Amendment, Senators view themselves as closer to being a presidential deity than commoners in Congress. A Senator’s function, even Republican Senators,  seems to be distributing taxpayer money to special interests. Eighteen Senators supported the Democrats’ passage of the most recent 4000-page, $1.7 trillion Omnibus Appropriations Act.

The House needs to find leverage that makes the Senate take it seriously. This standoff brings us to the very brutal part of politics. In the final analysis, the #Freedom 20, or the House in general, has only two ways to leverage its power. The House can refuse to increase the debt limit unless it receives concessions. This tactic forces the Senate to confront the debt reality, but it puts every member of the #Freedom 20 at risk of causing an economic calamity. Worse still, Democrats and many Republican Senators will run to the cameras to call the House members crazy, insurrectionists or anarchists.

The second option is simply to refuse to appropriate money for items of concern to the Senate or the administration until debt concessions are made. The is no provision of the Constitution or any law that requires any member of the House to appropriate money. This approach will require waiting for the next round of appropriations.  A possible first step would be to refuse to appropriate money to fund a federal agency important to the big spenders. My nomination would be the Department of Education. It is the most important agency t Democrats and is owned by their biggest donors, teachers’ unions. Democrats will make concessions to save that Department for the unions.  House Republicans should find an agreement to defund an agency they never wanted.

As the 118th Congress unfolds, the American public will discover if the #Freedom 20 and Republican House have crossed the Rubicon or whether they are merely taking a siesta on its banks. 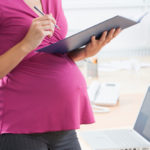 How to Protect Yourself Against Pregnancy Discrimination 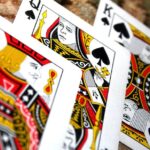 Why Betting On Banker Is Your Best Bet