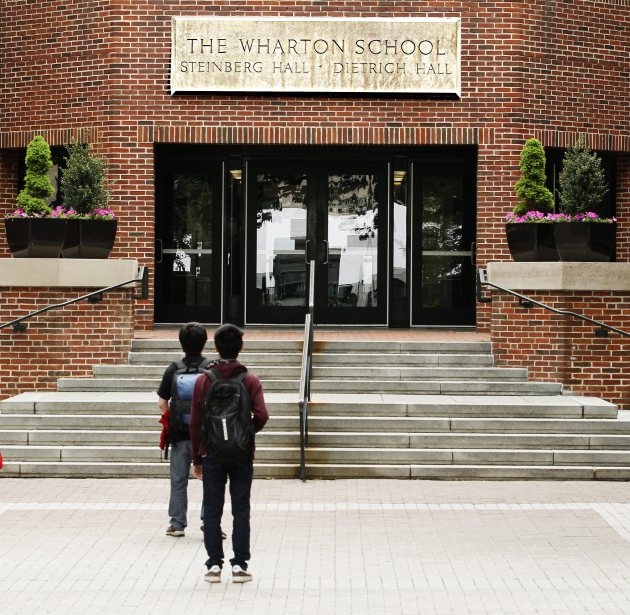 The letter, signed by roughly 1,800 students, said they were “deeply disappointed” in his candidacy, blasting comments he has made as being politically incorrect.

“We, proud students, alumni, and faculty of Wharton, are outraged that an affiliation with our school is being used to legitimize prejudice and intolerance,” they wrote. “Although we do not aim to make any political endorsements with this letter, we do express our unequivocal stance against the xenophobia, sexism, racism, and other forms of bigotry that you have actively and implicitly endorsed in your campaign.”

Trump has been vocal in his strong immigration policies, advocating for building a wall, which the students don’t seem to support.

“The Wharton community is a diverse community. We are immigrants and children of immigrants, people of color, Muslims, Jews, women, people living with or caring for those with disabilities, and members of the LGBTQ community,” they continued. “In other words, we represent the groups that you have repeatedly denigrated, as well as their steadfast friends, family, and allies.”

They also said he shouldn’t use his education at the school as a credential to promote his political platform.

“We, the undersigned Wharton students, alumni, and faculty, unequivocally reject the use of your education at Wharton as a platform for promoting prejudice and intolerance,” it reads. “Your discriminatory statements are incompatible with the values that we are taught and we teach at Wharton, and we express our unwavering commitment to an open and inclusive American society.”

Trump’s daughter Ivanka Trump attended the institution, while his other daughter Tiffany Trump is currently enrolled at University of Pennsylvania.

I, the Individual: A New Constitution for the “Me” Generation