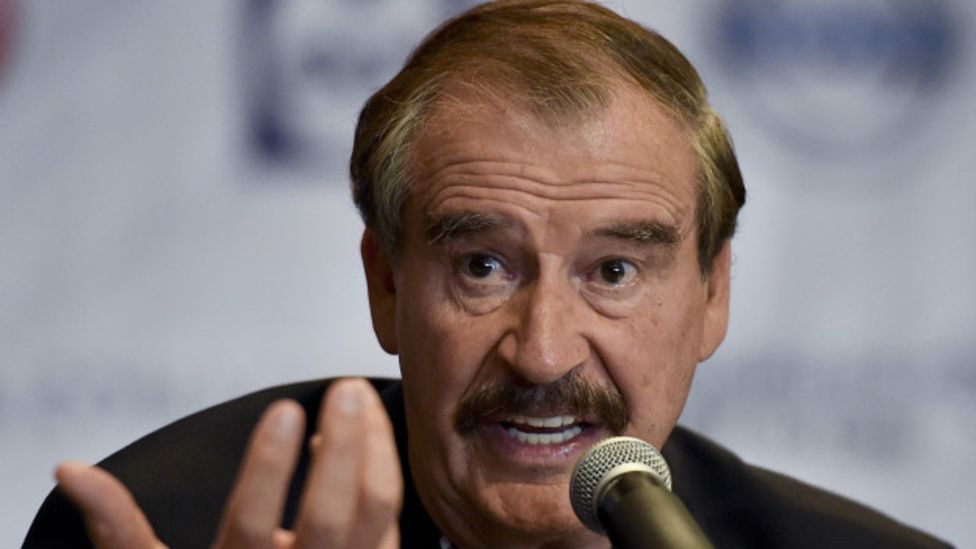 Former Mexican President Vicente Fox who famously told Jorge Ramos in February that he was, “not going to pay for that [Trump’s]fucking wall,” has now apologized to Trump and invited the presumptive GOP nominee to Mexico.

The former Mexican leader addressed Trump in a Tuesday interview with Breitbart News, stating, “If I offended you, I’m sorry. But what about the other way around?” That evening on The O’Reilly Factor, Fox said, “I think it’s very important to invite Donald Trump to come to Mexico and to learn about the real Mexico that I would think is totally different.”

Fox is not alone in changing his views on Trump. Other senior Mexican politicians such as the current Secretary of the Economy Ildefonso Guajardo told The Hill that, “it’s not very convenient for foreign officials” to engage in discussions about the election process in the U.S.

Guajardo went on to tell The Hill that, “The mere fact that Mexico has become an item in the debate should be an opportunity to reinforce the U.S-Mexico relationship. In a way, underlying that reality is the fact that whatever happens in Mexico has an impact in the U.S. That in itself is good.”

Trump has made the promise to build a border wall between the U.S. and Mexico a signature issue of his campaign. Besides building a wall between the two countries, Trump has stated on numerous occasions that, “Mexico will pay for the wall.”

Rand Paul Responds to Trump’s Nomination, Third Party Options, and the Future of the GOP