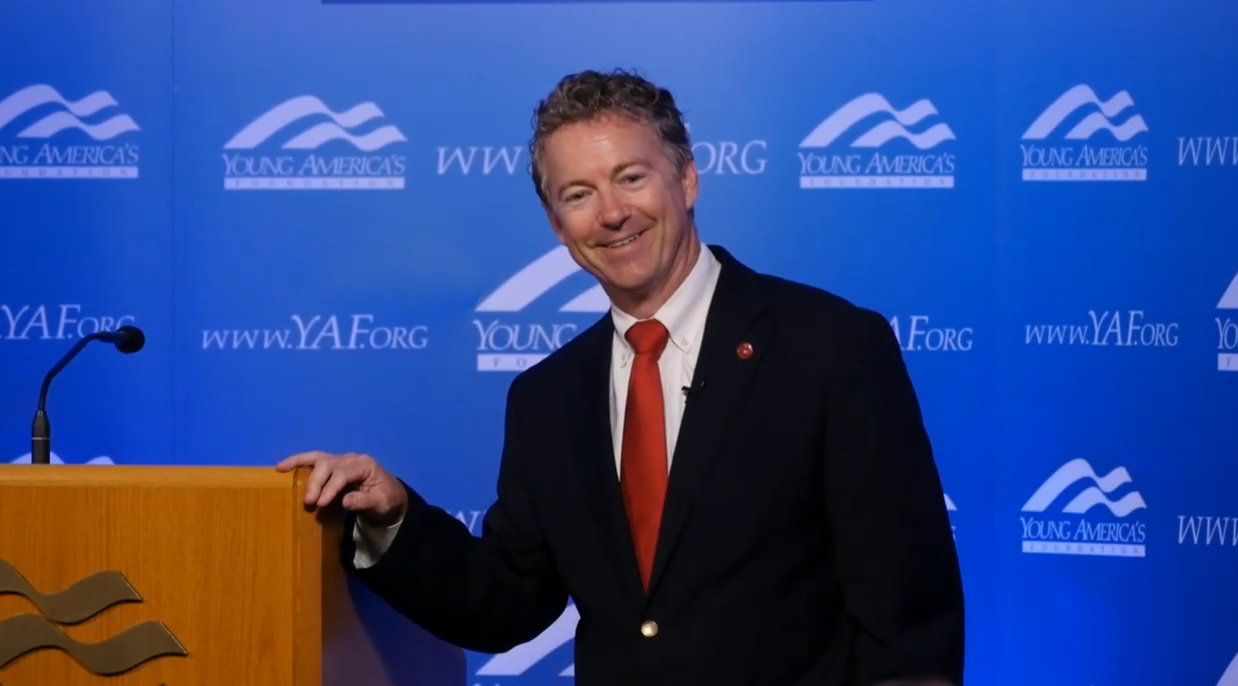 Sen. Rand Paul addressed the recent win by Donald Trump in an appearance Tuesday for a “Reagan Ranch Roundtable” event put on by Young America’s Foundation in California. Paul’s address was focused on the idea of  moving “beyond partisan politics to unite America,” positing that the GOP needs to do more to reach out to marginalized voters, recommending Trump do the same.

Paul asserted that the party’s nominee has more influence on the trajectory of the party than the party’s own chairman.

“He has excited new people, I just don’t know if it’s new people enough in these swing states for us to win. … He does have to do that and our party needs to do it, but I think the nominee becomes more the face of the party than the [Republican National Committee] chairman is.”

During this Q & A portion of the event, someone asked Sen. Paul what he would say to people who might be considering “alternative options” and potentially third parties to avoid supporting Trump. Paul said he would encourage voters to look for solutions within the Republican Party.

I was always a fan of Barry Goldwater. He didn’t do very well, and then Ronald Reagan sort of rose up out of those ashes. So you don’t know what happens, and I’m not saying that that’s what’s going to happen, but I am saying that the party goes on,” Paul said. “We’re a party of ideas and principles. My decision has always been to work through the party and not outside the party. I’m a Republican. We’re not all the same, but I’m a Republican. You know? So I don’t go around advising people to choose another way…

The Kentucky Senator is currently seeking re-election to his seat in the U.S. Senate, where he was first elected in 2010.

While reminding the attendees of the importance of defeating Hillary Clinton, he believes that in the end, it shouldn’t be too challenging.

“I think the future is within the party….the nomination I think is now done, but we’ll see what happens as we move forward,” He said. “I mean, on the bright side, we are running against a crook,” Paul joked.”

Some of Paul’s supporters may be dismayed with his rhetoric, but Paul always maintained he would support the Republican nominee.

Watch video of Rand Paul answering question regarding voting for an alternative:

The full Livestream of his appearance on behalf of Young America’s Foundation can be watched here.

Ben Sasse Calls Out the Two Party System, Doubles Down On #NeverTrump