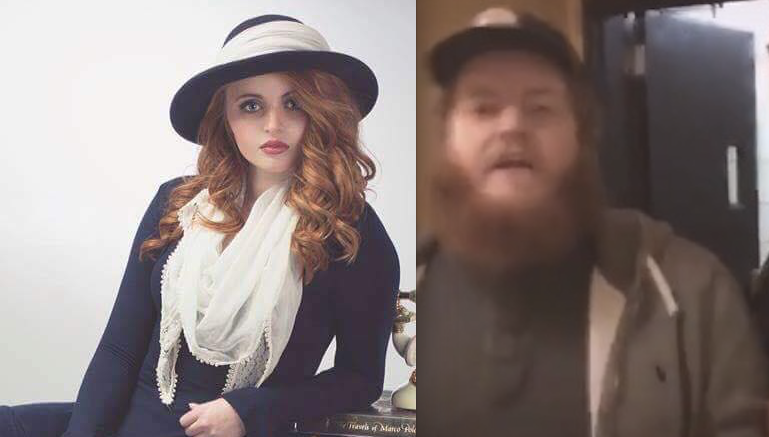 I initially covered this story for The College Fix, and then had the story picked up by Fox News, The Blaze, etc. until the featured video went viral.

My original report was as follows:

What started as a meeting between progressive and conservative student groups to discuss a possible public debate turned violent Wednesday night, according to video captured by one of the participants.

A member of the West Virginia University Left Alliance physically attacked a member of the campus Turning Point USA chapter who was recording him after the meeting had ended on a sour note and the groups had dispersed.

A source who knows the aggressor identified him to The College Fix as Kelley Denham, who is also president of the WVU Gender Equality Movement, a student group.

Another Turning Point participant seen in the video, Kaitlynn Critchfield, told The Fix that Denham threw her against the wall and tried to take her phone before he was recorded attacking the other member who was filming. She said she alerted the campus police after the incident.

Critchfield said she had started recording the meeting after Denham told the TPUSA members to “get the fuck out,” because she feared for their safety.

She posted both videos on her Facebook page Wednesday night, and TPUSA founder Charlie Kirk tweeted the second video.

As the follow-up in The Blaze stated:

The video contains two clips: The first shows members of the conservative Turning Point USA chapter being told to leave a meeting of the college’s Left Alliance on Wednesday. A Turning Point member replies, “That’s real inclusive. We just wanted to learn more about your organization, but if you’re gonna force us to leave—” A bearded member of the Left Alliance wearing a baseball cap then says, “Yeah, you guys should go.”

But the second clip shows that same bearded student from the Left Alliance lunging toward a female conservative student outside the meeting, getting in her face and loudly asking: “Why did you film our f***ing meeting?”

Seconds later the bearded student heads toward a conservative student who was videotaping the altercation, apparently twice striking the student’s cellphone and asking: “What is your f***ing problem?” and “Why the f*** are you filming me?”

The student answers: “Because you’re attacking me right now.”

It is important to note that West Virginia is a one-party recording state, meaning that a recording is legal “when the person recording is a party to the communication.” Denham claimed that the students were “not allowed” to film the meeting, but my source close to the situation made it very clear that all school club meetings are open (and why wouldn’t they be? WVU us a publicly-funded state school).

After the initial story broke, Critchfield went to her official Facebook page and posted a video in which she filled in the details a bit more and explained the circumstances surrounding the encounter:

The video of the assault itself is below. WARNING: Violence and language.