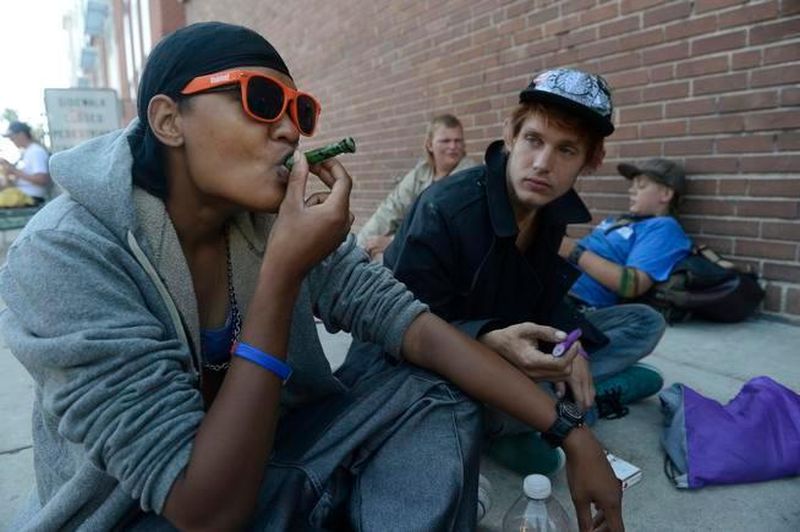 The town of Aurora, Colorado is making so much tax money off of legal marijuana sales that they are planning on using some of it to fund programs to help the homeless.

The town plans on donating about $1.5 million in tax revenue to local non-profit organizations that focus on helping homeless people find shelter and jobs.

From a libertarian prospective, there is so much good and bad wrapped up in this one story. For instance, marijuana is being sold legally to adults for any reason in Colorado and that is great, considering how much of an abject failure cannabis prohibition is. But those sales are being taxed, and taxation is theft.

As a practical matter, however, taxes come with the society we live in and a lot fewer people would vote for marijuana legalization if tax revenue wasn’t involved. An argument can be made that the prospect of tax revenue is what will get cannabis over the hurdle from illegality to legality in the long run.

And as with all tax revenue, that money is being spent on something those who were taxed may or may not be in favor of. Of course, it could be worse: the city of Aurora, CO could set up a government agency designed to help homeless people and throw tax money at it and hope it works. At least in this instance they are donating the money to non-profits that have experience in this area.

We can debate all day whether or not this money will actually help homeless people to not be homeless anymore, and whether legal marijuana should be taxed at all is certainly a valid area for argument. But from the perspective of cannabis users, stories like this are great. Instead of soccer moms and hockey dads seeing “stoners” in their mind when they hear about marijuana legalization, many of them are going to see what can be “accomplished” with the tax revenue that will be the result.

This will drive a lot of votes to the “legalize” side, and considering only about 13% of adults use cannabis on a regular basis, those votes are desperately needed to reach the 50% threshold it takes in most states to end the war on cannabis users.