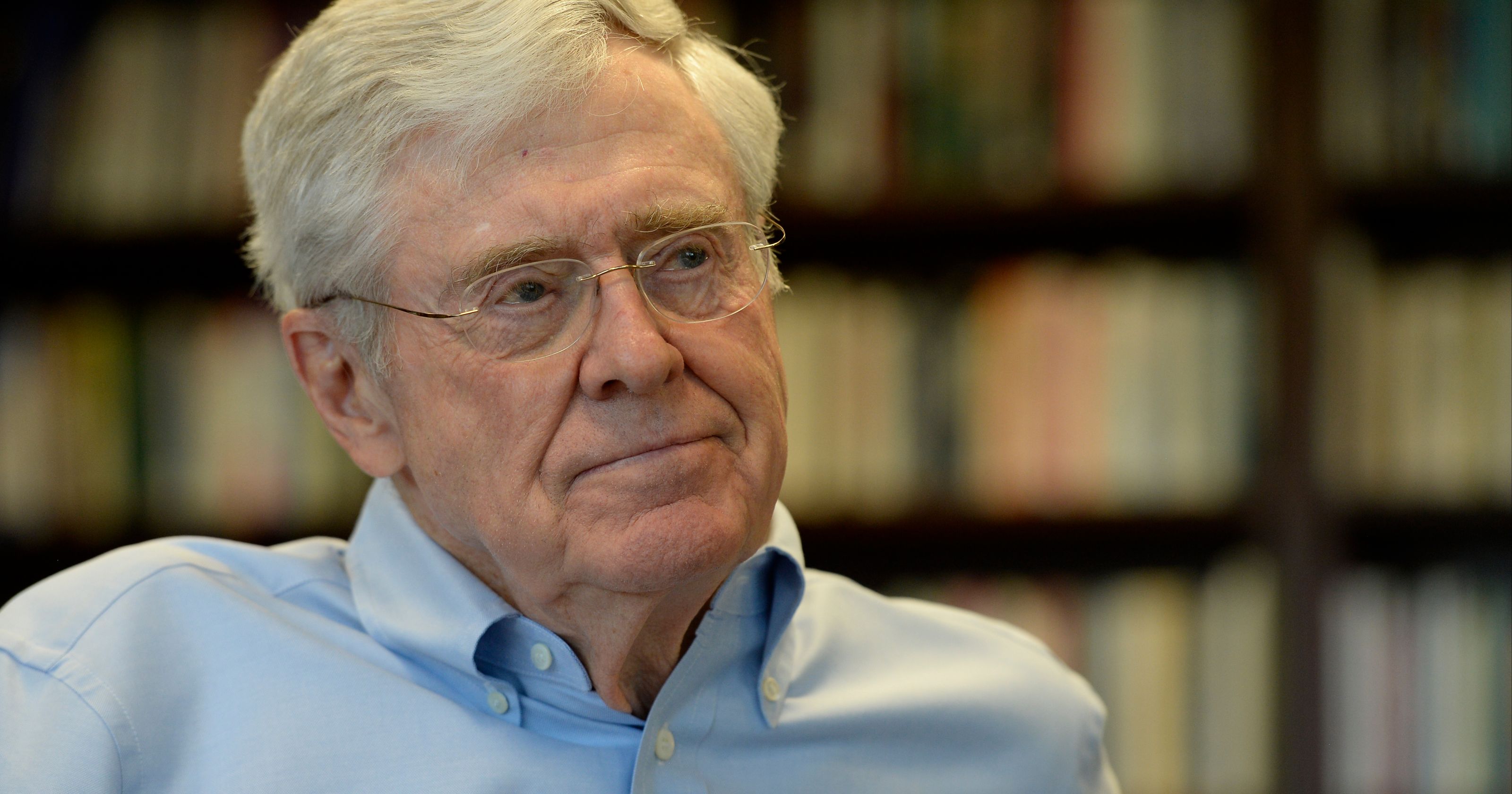 Koch Believes in a Better Way to Describe Free Enterprise

Charles Koch doesn’t like capitalism. More specifically, he doesn’t like how the word is used to describe the free-market. In an interview with The Washington Post, Koch was asked about how fewer and fewer millennials, even conservatives, were identifying as “capitalists.” Koch started off by responding, “well, I don’t like the idea of capitalism anyway.”

Because it’s not capital we are talking about; it’s knowledge and creating well-being. Because I mean, that gets people on the wrong track when it’s capital and how we allocate capital — no. How do we create the Republic of Science here? How do we have a system of mutual benefits where people succeed by helping others improve their lives? So I don’t like that at all.

Koch’s analysis likely resonates with many Americans. As much as libertarians and conservatives like to promote the merits of capitalism, the word itself may not always invoke warm, fuzzy feelings.

If you were to ask the average person what capitalism means to them, you’d likely get a variety of answers. Many would probably hearken back to the “Gilded Age,” when a few tycoons of industry controlled massive portions of the market.

Some might describe cut-throat competition on Wall Street, or fat-cat CEOs in their boardrooms. None of these are beneficial views for the public to hold. None of them help promote the cause of markets or liberty.

As much as we have the facts to back up free-market devotion, perception all too often drives reality. Films like The Wolf of Wall Street or The Big Short inundate popular culture. Many people believe that capitalism means a bunch of big executives trampling the little guy.

In reality, nothing is further from the truth. As Koch says, the market is about “knowledge and creating well-being.” Unfortunately, the word “capitalism” may be a broken vessel to carry this message.

Reclaiming “capitalism” is a laudable goal. However, it is ultimately an uphill battle for a fight that can be won in better ways. If there are better methods to promote the cause of a free society, we should take it upon ourselves to enact them.

Promote the Aspects of the Market That Help Individuals

Too often, the devotion to capitalism can distract libertarians and conservatives from the bigger picture. Wrapping ourselves up in free enterprise’s benefits to society is easy. Ignoring the people who inevitably are left behind, unfortunately, can be all too easy as well. We have to recognize that a rising tide doesn’t lift those ships full of holes.

The market is not an end unto itself. Some market-moralists may disagree, but free enterprise is only as good as its results. For the people barely scraping by, they couldn’t care less about abstracts like “society” or “competition.” They want to find a way to objectively improve their lives.

In light of this, putting emphasis on the creative rather than the destructive elements of the market is a must. The market should be promoted in a way that people can understand how their lives can be improved.

As Koch advocates, we want a system where, “if somebody is doing more and more to make other people’s lives better, have them make all they can, if that’s what drives them, because that’s what we want.”

Change the Semantics, Win the War

In reality, many will be resistant to abandoning the word “capitalism.” It can seem like we’re abandoning our foundation to appease a bunch of leftists. In truth, we cannot afford to be so narrow-minded.

The more people who buy into the market, and ultimately benefit from it, the easier it will be to get people on board in the future. “Capitalism” isn’t likely to win over any new hearts or minds. Talking about creating value can. “Mutually-beneficial exchange” is hard to argue with.

The leftists have taken over too much ground merely through their use of semantics. While they portray themselves as the compassionate advocates for society, market-advocates are painted as dated relics of the past. As we dig ourselves in to defend free-wheeling capitalism, we cede control of the moral high-ground.

In reality, capitalism is the only moral system because it’s the only system where people serve society by serving themselves. It is our duty to persuade people to the side of free-enterprise, the best economic system devised by man. We perform a disservice to society when we fail to utilize the best practices to promote these ideas.

Liberalism Isn’t Tolerant, But This Beautiful Philosophy Is