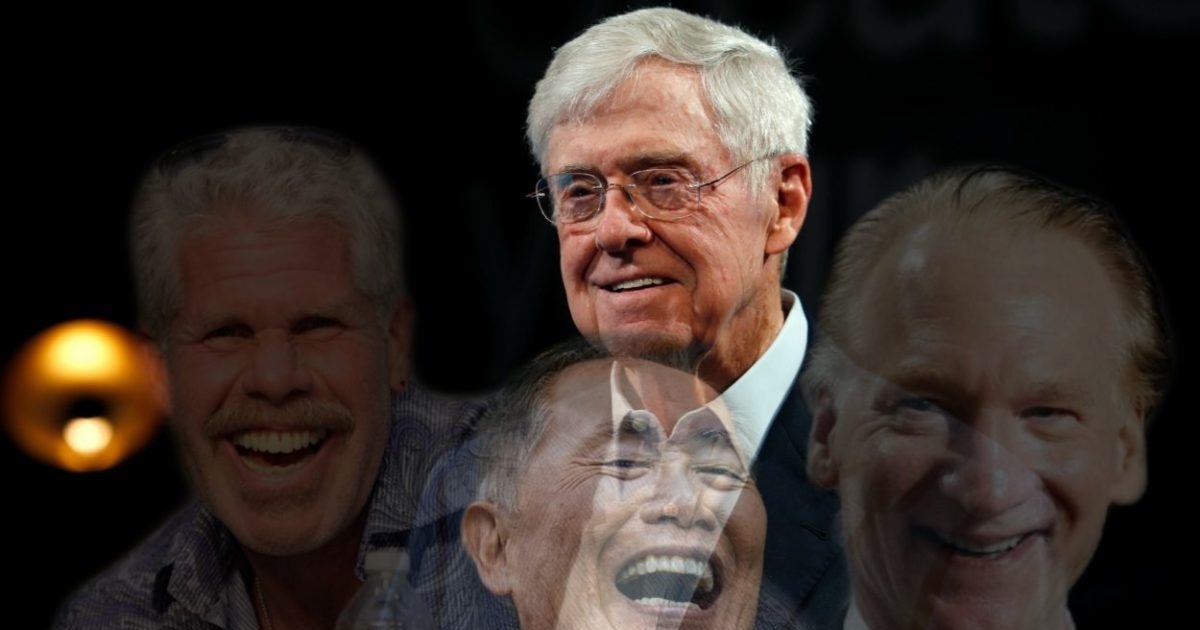 Bill Maher once famously chided people for expressing joy over the death of Osama Bin-Laden. Yet, on his show, Real Time with Bill Maher, he sang a different tune while addressing the passing of David H. Koch on Aug. 30.

Maher begins his celebration of the billionaire libertarian philanthropist’s death by prostate cancer at 3:05.

While I will leave the monologue’s jokes alone, all you need to hear is “Fuck him … I’m glad he’s dead,” which Maher says in closing at 4:30.

Actor Ron Perlman of Hellboy fame, in a tweet that has since been removed, (a rare occurrence of  Twitter enforcing its rules on a Blue-Checkmark certified woke celebrity), wished a speedy reunion to Koch’s surviving elder brother, Charles Koch. 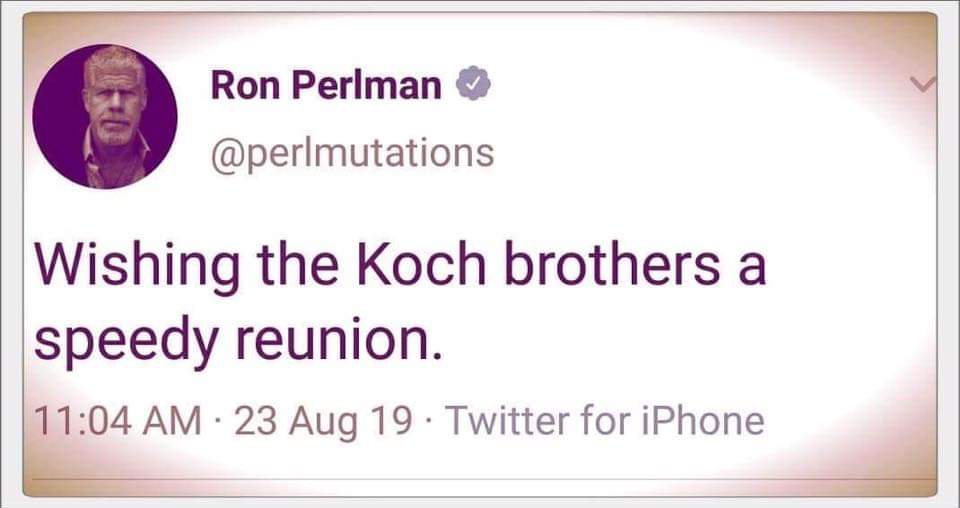 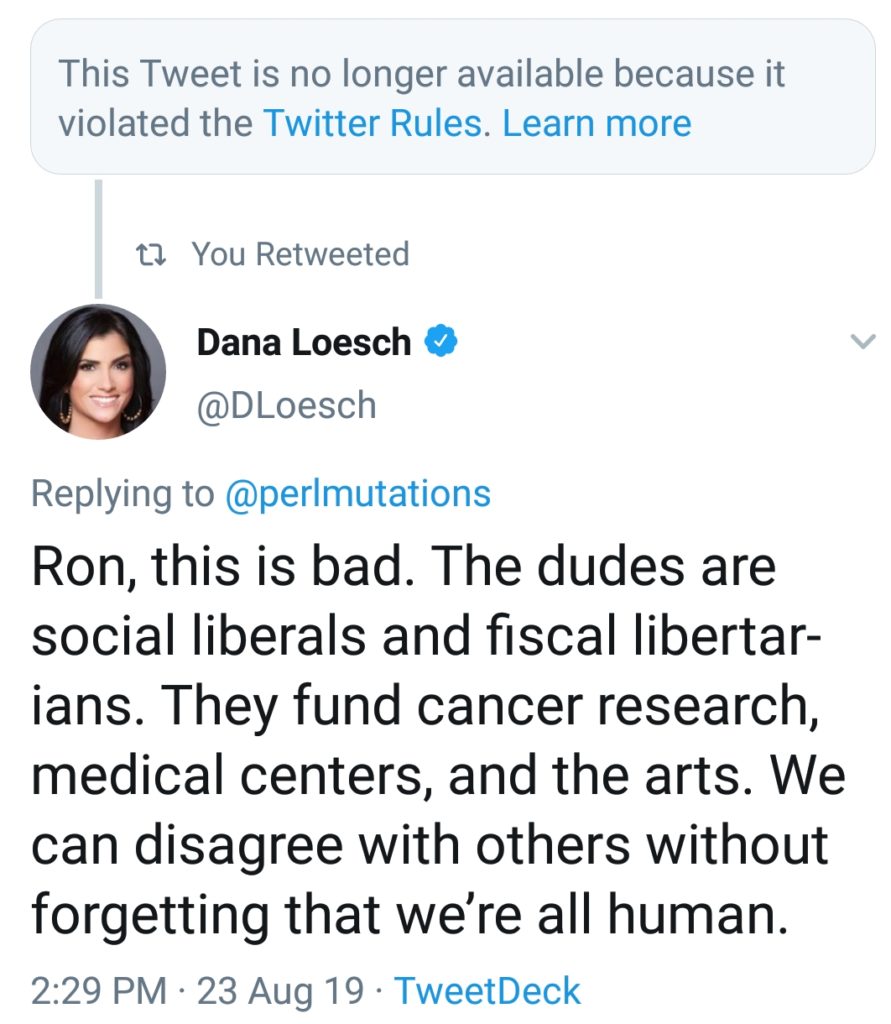 Oh, and thoughts and prayers.

Frank J Fleming, a writer for the satire website The Babylon Bee, posted this chilling reminder for everyone:

Can't wait until the people who celebrate the death of their political opponents are in charge of health care.

If there has ever been a time to oppose the idea of Universal Healthcare, now is that time.

The founder of The Libertarian Republic and KWOS Morning Host, Austin Petersen, had a similar sentiment regarding the progressivism’s near-unanimous celebration of David Koch’s passing.

The passing of David Koch is a good reminder that @KurtSchlichter is right. No matter how much philanthropy you do, or how much you buck the party system, and even service many liberal causes, if you don't fully buy into their program, the left hates you and wants you to die.

David donated $150 million to build this state of the art cancer treatment center.

David Koch was also a large funder of the arts, criminal justice reform, and immigration.

These reactions aren’t a hyperbolic or cherry-picked selection. It’s not anomalous. It’s not a minority. This is ‘the Left.’ And it’s everywhere. Not just from blue-checkmarks, but from ordinary, everyday progressives.

May his soul rot in HELL.
From Discover on Google https://t.co/1BZ3ROxmUi

Im not celebrating David Koch's death, im reveling in it.

Some of us were taught to speak well of the dead. Good David Koch is dead.

These tweets are only a few from a 30-minute window, tweeted an entire 36 hours after David Koch died.

There are plenty of other examples that are far worse, but they are buried beneath the seemingly continual flow of vitriol clogging up social media right now. There are just too many to go through.

Biggest Hits and Misses of Football Clubs in Transfer Market – 2019