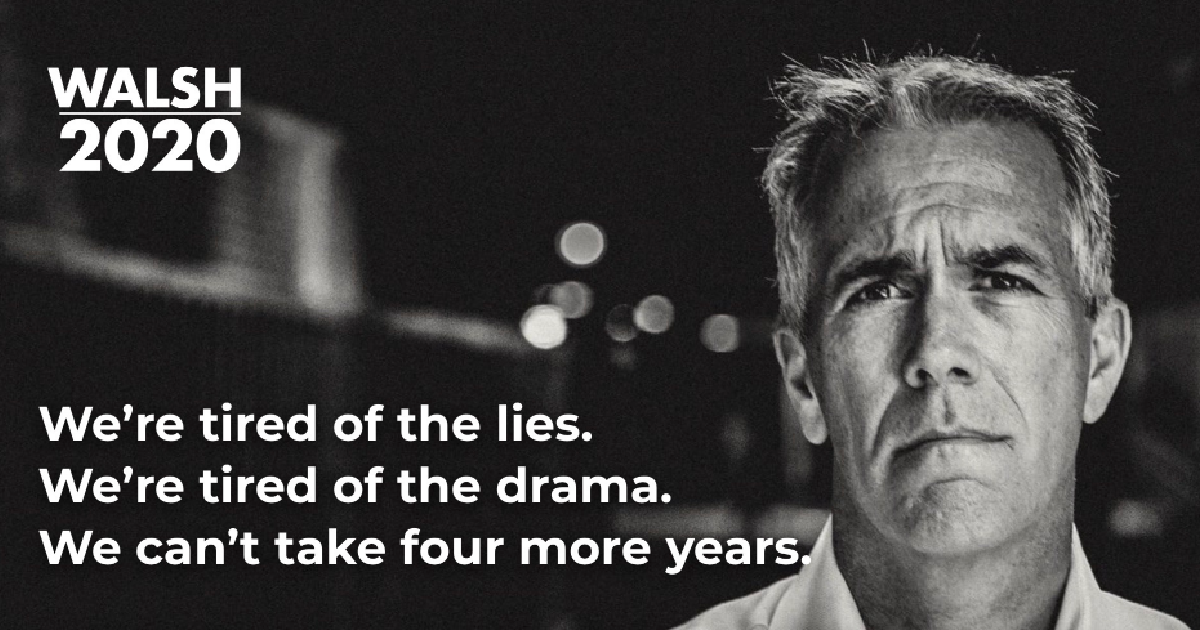 Friends, I'm in. We can't take four more years of Donald Trump. And that's why I'm running for President.

Let's show the world we're ready to be brave.

He appeared this morning on ABC’s “This Week with George Stephanopoulos” for the official announcement. Part of the attacks he leveled against the President was that “the country is sick of this guy’s tantrum. He’s a child.” In a series of accusations that arose from a discussion of invoking the 25th amendment, he claimed “He’s nuts. He’s erratic. He’s cruel. He stokes bigotry.”

In this, he did invite some comparisons to his own past and whether he was the “best messenger”. Walsh’s past has seen a series of racially charged tweets, bombastic statements, conspiracy theories, and angry outbursts of his own. Instead of defending this record, however, Walsh seemed to do his best to own it. “I think I helped create Trump. And I feel responsible for that… the beauty of what President Trump has done is, George, he’s made me reflect on some of the things I have said in the past.”

Walsh is the second “major” Republican to announce, the other being former Libertarian Vice Presidential candidate and Republican Governor Bill Weld. As to how the primary, to the extent it’s covered at all, may be seen? Joe Walsh appears to be the candidate representing the “Never-Trumper” wing, while Weld, well… perhaps he’s seen as representing a more libertarian strain in the GOP. Joe Walsh is arguably more libertarian on certain domestic economics like entitlement reform and budget constraints than Weld, but he does hold a more standard Republican line when it comes to everything from Israel to the wall.

Currently, Trump enjoys an approval rating of over 80% among self-identified Republicans, and isn’t seen to be in any great danger from these or any other primary challengers. GOP Presidential debates seem unlikely. In fact, the administration gave a one word response to Walsh’s candidacy, and that word was “whatever”.

There are reasons other than electoral victories to run, of course, whether because one feels it’s the right thing to do and that somebody needs to stand up, or whether the goal is getting air time or selling books and radio shows. Certainly, protest candidates like Walsh and Weld will give some never-Trumpers and liberty Republicans someone to vote for and a reason to show up at the Republican party polls.