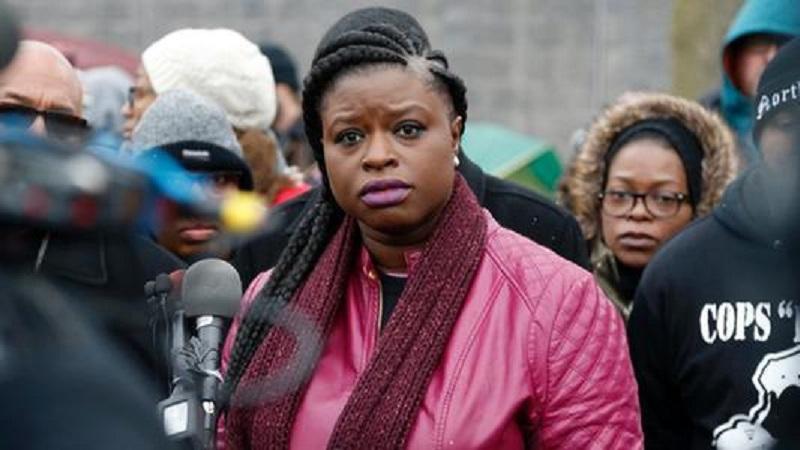 Philando Castile’s mother slammed the National Rifle Association (NRA) Friday for waiting a year to give a statement on her son’s shooting, saying they took so long because he is black.

Nekima Levy-Pounds, a civil rights lawyer, read a prepared statement from Valerie, Castile’s mother, that she wrote in preparation for the Women’s March on the Department of Justice.

“Speaking of black men with a license to carry, the NRA should be ashamed of themselves for waiting a whole damn year to issue a statement about my son,” Levy-Pounds read from the mother’s statement. “Now that everything is said and done, they want to issue a statement. I know they waited this long because Philando was black.”

Former police officer Jeronimo Yanez fatally shot Castile, a gun owner, last July after he pulled him over because he reportedly matched the description of a robbery suspect. Yanez shot Castile seven times, claiming Castile was reaching for his gun. Castile’s family provided CBS Minnesota with a copy of his gun permit about a week after the fatal shooting.

The NRA declined to comment in the days after the shooting despite pressure from their members to support Castile, saying they wanted to wait until more information was available. They also remained silent in the weeks after the June acquittal of Yanez. The group gave an official comment Sunday, saying he did not deserve to lose his life.

“I want people to stop making excuses for police officers who kill innocent victims. I want black men who have a license to carry to be treated the same way that a white man would be treated, instead of being treated like a criminal,” Castile’s mother’s statement read.

The NRA did not return The Daily Caller News Foundation’s request for comment in time for publication.

Could This Tax Spark A Republican Civil War?