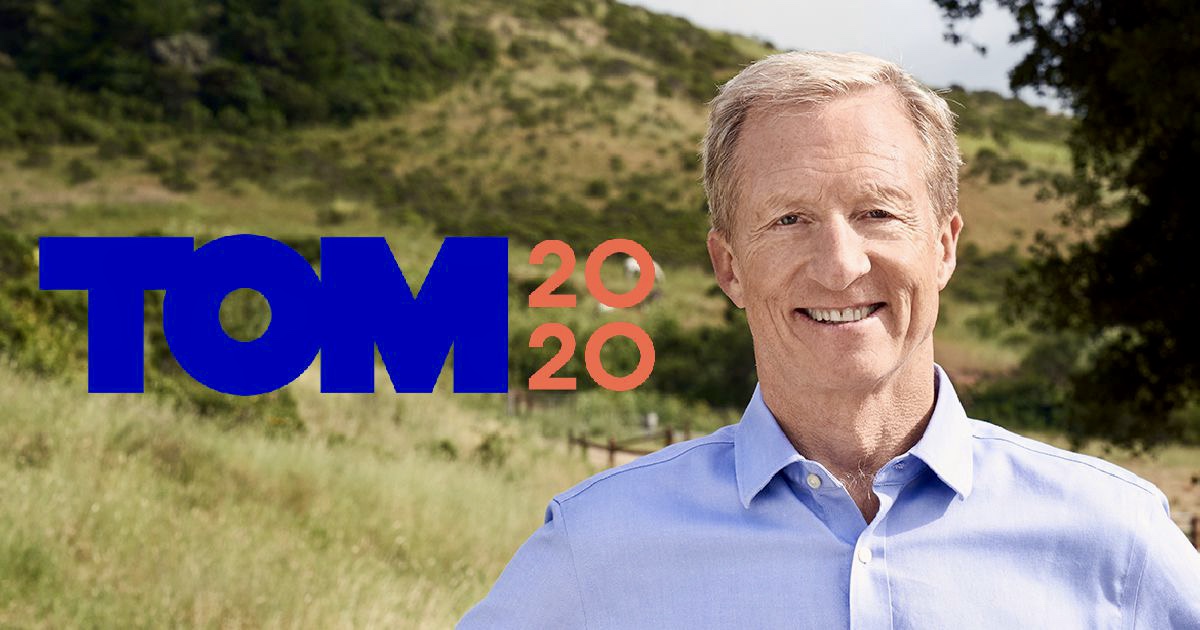 Billionaire Tom Steyer is the newest entry into the Democrat presidential primary, and the former Farallon hedge fund manager brings with him a lot of baggage.

One of his recent tweets reads,”You’re supposed to own your government. Not the @NRA. Not pharmaceutical companies. Not your electrical utility or your tax software. Corporations bought this country. Let’s take it back.”

You're supposed to own your government.

Not the @NRA.
Not pharmaceutical companies.
Not your electrical utility or your tax software.

Corporations bought this country. Let's take it back. pic.twitter.com/SlmQhzDSPP

This was just ahead of his campaign announcement, and is riddled with factual inaccuracies and outright hypocrisies.

Tom’s tweet specifically calls out the NRA, the largest second amendment lobby in America and a United Nations NGO. The National Rifle Association spends approximately five million annually in direct lobbying, and just under ten million in indirect spending for a whopping fifteen million total in influence spending. The government must have been bought on a fire sale.

Compare this to Tom’s roughly 74 million, ranking him as the third biggest donor according to some metrics. He is certainly ahead of the likes of George Soros and Jeff Bezos, though admittedly somewhat behind Michael Bloomberg. No matter how you frame it, Tom singlehandedly outspends the ‘massive gun lobby’ that allegedly is the NRA, and so does nearly every other major left wing donor.

So Tom Steyer certainly spoke true when he alleged that the NRA doesn’t own this country when their lobbying is comparatively pennies next to his own – and he is running a gun control campaign typical of Democrats.

Pharmaceutical companies have made hard strides and gains in both major parties, so his alarmism over them is slightly more justified.

As for his assertions over the electrical utilities, this is a bit more interesting where Tom is specifically concerned. Some might even say entertaining.

Tom has a long and established track record of claiming to be an environmentalist in the western hemisphere while investing in fossil fuels in the eastern. In polite circles, this is called smart business practice. In everyday parlance however, this is called hypocrisy.

This is particularly manifest when his public endorsement as ‘Mr Tipping Point’ by Al Gore is considered (another hypocrite). This was back when he was opposing the Keystone XL pipeline, a project that he would have personally funded if it were in Australia or Indonesia instead of North America.

Perhaps it is merely because the Koch Brothers were and are his business competitors? An interesting theory and strategy here, considering his spending directly impacts their business interests and his Washington investments vastly eclipse theirs.

The situation with tax software is an understandable point with security concerns and rampant identity theft.

All of this taken together, it’s understandable that he has been met with lukewarm reception by his own party. Some even consider his entrance a mistake for the green movement, given his dubious reputation with it.

Tom has always been seen as a money man, and perhaps the most open and outspoken of the assorted fund raisers backing the Democrat Party.

With a Corporate Man presently in the White House in the form of Donald Trump, wouldn’t following him up with another like Tom Steyer make this corporate takeover a bipartisan reality?