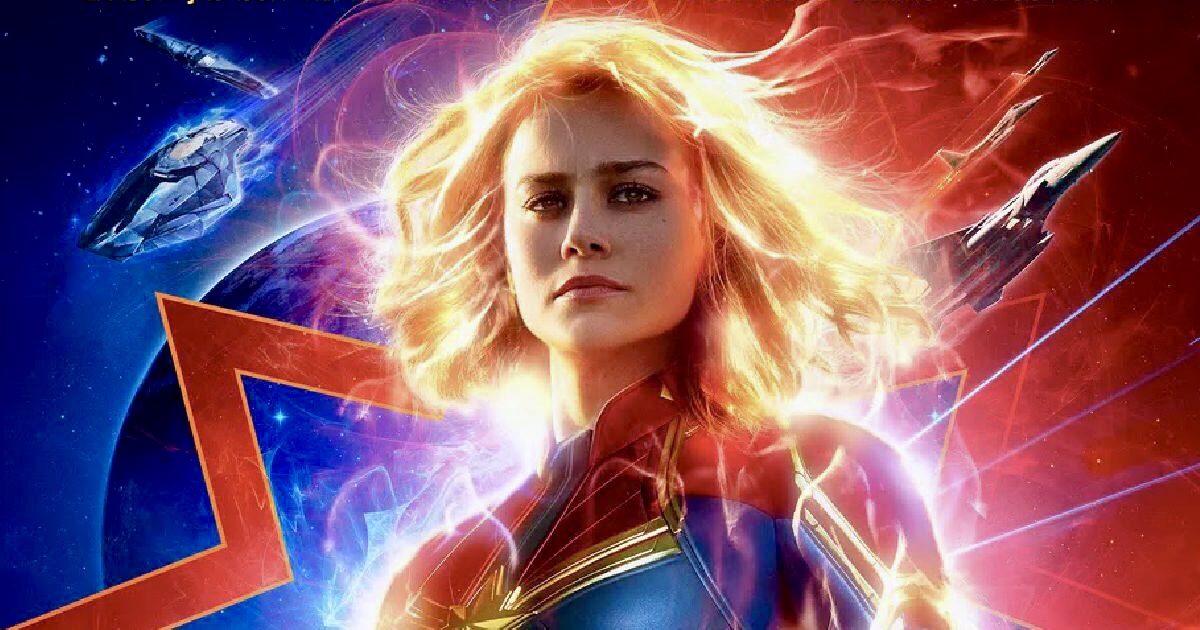 Last Friday, I decided to see the movie I wanted to avoid: Captain Marvel. Although the #AlitaChallenge isn’t the worst idea, I chose to follow Actual Justice Warrior’s advice to see the movie and not believe the conspiracies about a certain scene in the trailer that proves it was feminist propaganda all along.

So I saw Captain Marvel. I thought Marvel would control their social justice actors. Meaning, even though almost all the actors are liberals, their characters are pretty mixed ideologically. For example, Chris Evans tweeted he dislikes Ben Shapiro,and he blamed the NRA for Sutherland Spring shooting (even though an NRA instructor stopped the shooter, etc.); but he’s Captain America who fought the Nazis (Captain America: The First Avenger), turned against a spy agency known as S.H.I.E.L.D. (Captain America: The Winter Soldier) and fought Tony Stark to give due process to Bucky Barnes and keep the Avengers privatized (Captain America: Civil War). Mark Ruffalo takes his social justice life to a whole new level than Chris Evans. But the Hulk doesn’t seem to be part of any certain ideology. He just tries to avoid unnecessary smashing, fails, and keeps smashing when necessary. Almost all of the main cast lean, vote, or donate liberal. But most of the movies aren’t as liberal as the actors – except for Black Panther which is praised by social justice warriors even though Wakanda is a state that runs on traditionalism, no immigration, and mines vibranium. But Black Power or something.

Well, Captain Marvel was worse. But remember, she’s the first strong female superhero (ignore Black Widow, Gamora, Scarlet Witch, or Nebula). Not only was it full of subtle feminist propaganda (I expected it to be more overt), but it also did not have a great story line.

The politics and the ideology of Captain Marvel is full-on feminism. Even though she’s from another planet, the reality of the movie looks as if it was seen through the eyes of gender studies professor.

Throughout the movie, Captain Marvel gets told by Yon-Rogg that she’s too emotional for relying on her photon blasters. But does her emotion cause her to make mistakes?

There is a scene where she was “catcalled” – She was told to smile.

The only good message is interpreted. The message was shown when she realized that she was helping the wrong people. She saw the Kree’s imperialism and decided to help the Skrulls. Which can be an interpretation of a neoconservative turning into a libertarian after hearing Ron Paul’s speech about America’s imperialism.

But there was no time when she was really down, close to defeat, or where she experienced individual character growth. When her powers were being controlled, she still managed to use her powers. There were some flashback memories about her being one of the first female pilots. If that scene was longer, it would have been better because we could have seen the part that she’s not the strongest physically, but where she has to prove that she will work hard to get to the top. Unfortunately, that was not shown. It has to be assumed by the audience.

At the end of the movie, she has her last fight with Yon-Rogg. Yon tells her that now is the time to prove what she’s got, that she’s not emotional, and won’t use the photon blasters. Well, she photo-blasts him and says, “I don’t need to prove you anything”. In that scene, I remember thinking of any triggered feminist compilation video or any fat pride video. In this movie, it’s all about how she’s the strongest, but because of her photon blasters, and doesn’t need to prove that she’s the strongest in other ways. In a fat pride video, it’s all about how being fat is beautiful, everyone has to accept fat people, and fat people don’t have to prove to you why being fat is beautiful (or healthy).

Even though I label this movie as feminist propaganda and it’s one of my least favorite marvel movies, I would still watch it just to see some of Nick Fury’s backstory and the end-credits which tell us a little bit more about Avengers End Game, which was predictably seen.

I could give this movie a 5/10 rating because I didn’t see character development, it was full of feminist propaganda (it was subtle), and there were some holes in the story line that can be covered with mental gymnastics. Instead, I give this it a rating of 6/10 primarily because I saw more of Nick Fury’s character.

The Attack on the Electoral College and our Federal Republic