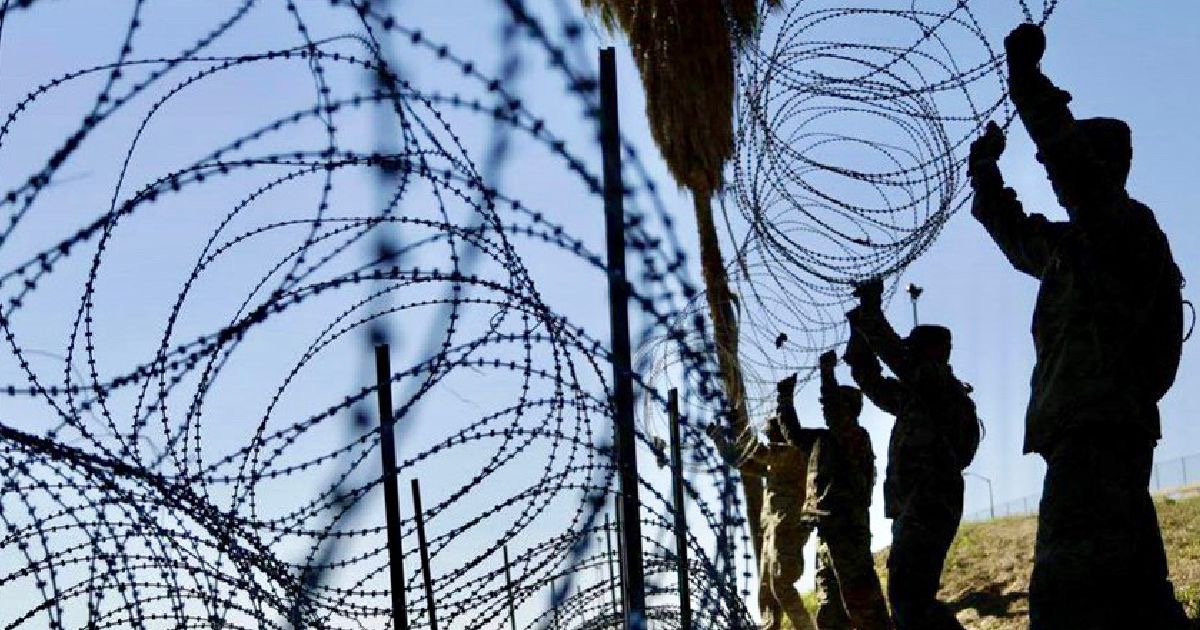 In the past several months, miles of razor wire has been put up by U.S. authorities along the southern border in hopes of deterring crossings by illegal immigrants.

It appears that thieves in the Mexican city of Tijuana have taken a jab at President Donald Trump’s efforts to tighten border security by stealing the razor wire and reselling it to Mexican locals, according to The Guardian.

People living in the neighborhoods close to the U.S. border told the Tijuana based television station XETW 12 that individuals have offered to sell them stolen cantina wire and install it in their homes for 40 pesos per household, which amounts to just over $2.

According to XETW 12, 200 incidents of the kind have occurred so far with 15 people arrested for stealing barbed wire that matched the type used on the wall, but none of those arrested were held for long.

A local woman named Verónica told the Mexican newspaper El Sol de Tijuana that the man selling the wire was not from Mexico. “It was an American punk: blue eyes, blond hair. He didn’t speak Spanish very well,” she said.

She told the paper that the man pushed a shopping cart full of cantina wire through the streets of her neighborhood, peddling his stolen wares to the residents. “If we’d known it was from the wall, one wouldn’t have bought anything,” she said.

Miles of cantina wire has been installed since President Trump declared the situation at the U.S/Mexico border a national emergency. The barbed wire seems to be appealing to the people of Tijuana considering that, according to the Mexican think tank Citizens’ Council for Public Security and Criminal Justice, the city is the most murderous in the world, with a homicide rate of 138 per 100,000 residents.

Local law enforcement places the blame for the rise in violence on drug dealing disputes, especially the market for methamphetamines.

It appears the President was correct when he said Mexico would pay for the wall, but I don’t think this is quite what he had in mind when he said it on the campaign trail.