A fiery grassroots recall effort has been started in one of Southern California’s state senate districts (D29) after the Senator, Josh Newman (D-Fullerton), cast his vote for a burdensome $52B tax increase, known as the “Gas Tax.” Since the announcement that the effort has landed about 35,000 signatures, of the 63, 952 needed, in just three weeks of work, those working to defend the state senator have turned to dirty politics and mud slinging, and a newly released video which caught a Democrat official berating signature gatherers has puts it all into the spotlight.

Fox News is reporting that Jeff LeTourneau, the a Vice-Chair with the Democratic Party of Orange County, was caught on tape verbally berating signature gatherers, and even bringing the gatherer’s sexuality into the mix.

LeTourneau can be heard on tape saying, “Which one of you —holes is the gay?” He continues, You are a f—ing disgrace to any gay person I know, you piece of s—.”

The exchange reportedly occurred at in the parking lot of a Fullerton, Calif., Walmart where LeTourneau, who is gay, apparently discovered that gay volunteers were helping a grassroots group collect signatures to dethrone Newman.

Fox described what led up to the encounter:

The chain of events began when a pro-Newman worker showed up onsite Saturday to discourage voters from signing and was told by recall volunteers that a few of them were LGBT, DeMaio said. An hour later, LeTourneau arrived and confronted them, the video shows.

“I’m here as an openly gay person on Pride weekend seeing these two people disgracing my community and letting them know I don’t care about them. They’re liars! They’re liars!” LeTourneau said.

“LeTourneau clearly thinks that if you are gay, you can only be a Democrat which is both arrogant and highly offensive,” said Carl DeMaio, a gay former San Diego city councilmember and former GOP congressional candidate who can be heard on the video trying to calm down LeTourneau, reports Fox News. “The idea that Californians are sick of paying higher taxes cuts across party lines and sexual orientation.”

DeMaio, is currently a conservative talk show host, and the founder of Reform California, a PAC that has sparked pension reform and defeated a dozen tax increases. Reform California is fronting the Newman recall, explained Fox.

According to Fox News, Newman, LeTourneau and the OC Democratic Party Chair Fran Sdao did not return emails and phone calls seeking comment. The California Democratic Party’s only response to the incident was to apparently refer Fox to speak with the county chapter.

This incident follows previous reports of mudslinging from the anti-recall efforts, in which unfounded accusations of sexual harassment against DeMaio were mailed out to voters in the area. 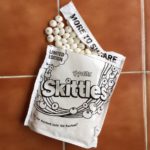 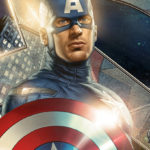