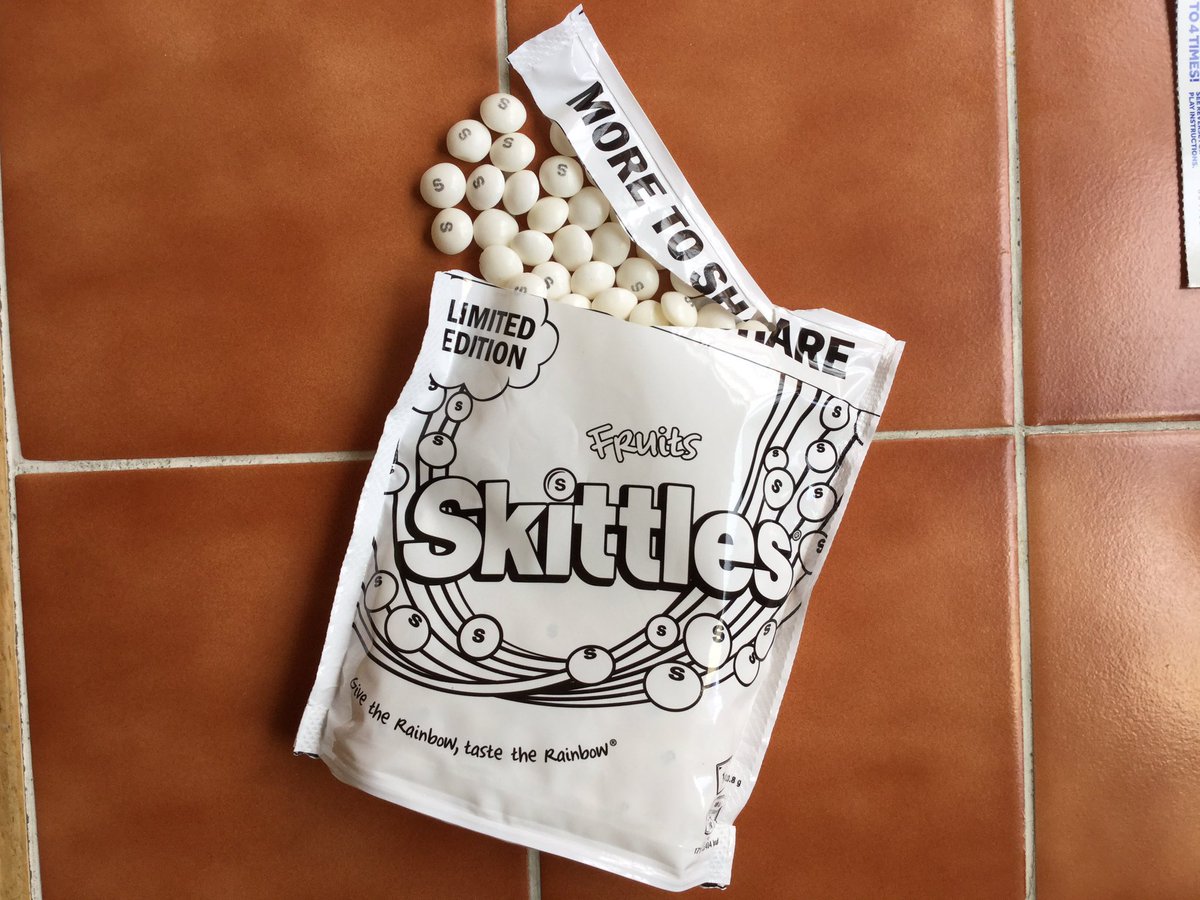 An attempt by Skittles to celebrate LGBT Pride Month has been met with backlash from various left-leaning activists on social media.

The candy manufacturer removed the iconic rainbow colors from its product in a tribute to Pride Month. The company stated, “During Pride, only one rainbow matters. So we’ve given up ours to show support.” A portion of the profits from each bag will go to LGBT charities.

The decision was met with backlash by those who felt that the move was racist and reminiscent of white supremacy. Jezebel’s Whitney Kimball wrote an article entitled, “It Is Agreed That White Skittles Were A Bad Choice For Pride Month.” TIME Magazine also wrote that critics had felt “the new direction was inadvertently tone-deaf, rather than supportive of LGBTQ people.”

Many critics expressed outrage on Twitter, claiming that it is “racist” to sell white Skittles.

This is soooo fucking stupid.
Why should whiteness mean equality?!
Thats the fucking problem!
We will never have nor want whiteness!! pic.twitter.com/zatBSbSNDA

Skittles went and pissed me off with this poorly veiled white supremacist pride candy shit.

It is "that serious". The normalization of whiteness is a problem because we live in a society where whiteness is considered the standard.

Some Twitter users supported the decision and defended the company from the race-related backlash.

This is not the first year that Skittles has released monochromatic candy during Pride Month — they did the same thing in 2016, but did not face the same amount of backlash.

Skittles removed all mention of white candies from its social media accounts. The offending candies are now only in stores in the United Kingdom, although customers in North America can buy the white candies on Amazon. The switch to white began in March and will conclude in September.