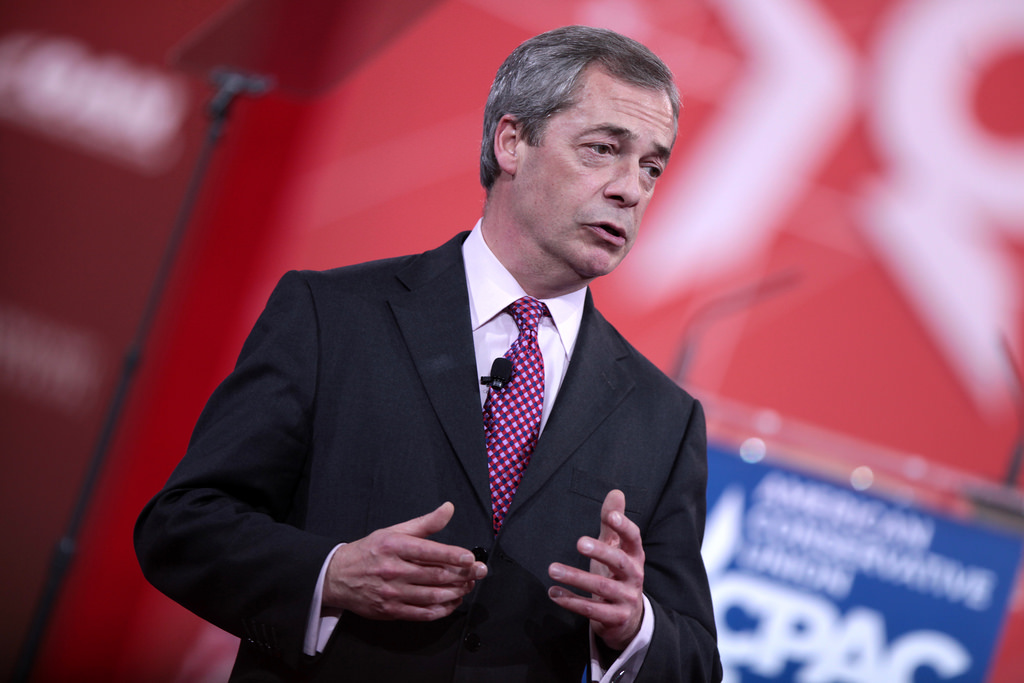 United Kingdom Independence Party (UKIP) leader Nigel Farage, now famous for successfully leading the Leave campaign in the Brexit vote, once referred to  U.S. Senator Rand Paul as his political soulmate after meeting him on a 2014 trip to the states.

In a 2015 piece published on The Telegraph‘s website, Farage noted the similarities between himself and the Kentucky Republican including foreign policy, decentralization, and shrinking the size and scope of the state.

“In September 2014, in an office five minutes’ walk from Union Station in Washington DC, we began to talk about immigration, non-intervention in Syria, and Brussels. Over the course of that half-hour, I realised that in Rand Paul I had found my political doppelgänger,” the Englishman wrote. “I liked Paul enormously: he is a realist, he is down to earth and very modest.”

Farage went on to note the failings of some aspects of the American Tea Party movement, but determined that Paul was different than some of his Right-Wing counterparts.

“The Tea Party has its own share of oddballs and mavericks who sometimes espouse pretty extreme stuff, but they also have truly impressive politicians, like Rand, who believe that the state is too big, too costly, too powerful, and robs the individual of inherited rights and freedoms,” he said.

After the resignation of Prime Minister David Cameron, who led the failed Remain campaign, many are considering Farage to be a favorite to replace him.

But who will emerge as Britain’s next leader remains to be seen. The only thing certain in the U.K. right now is political uncertainty and Nigel Farage looks to have a promising future in whatever the nation’s new political order becomes.

Feminists “Fight Back” Against Flirtatious Men by Assaulting Them (VIDEO)