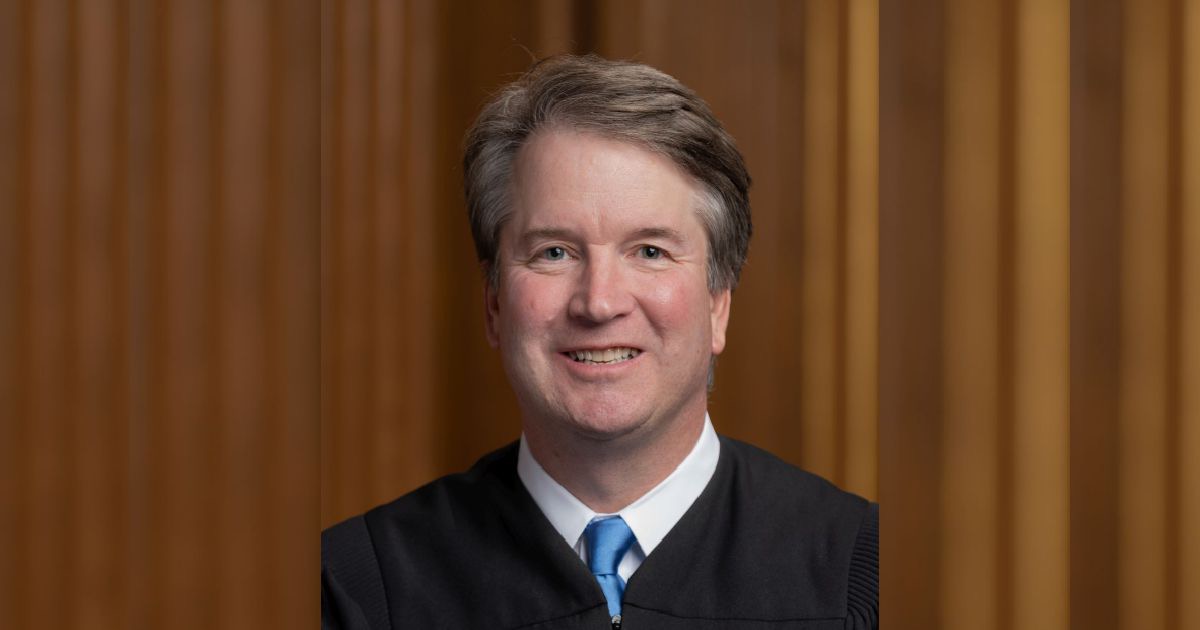 Justice Brett Kavanaugh received heroic accolades at a glittering Federalist Society dinner in Washington’s Union Station on Thursday, where he delivered his first public remarks since his contentious confirmation to the Supreme Court.

Kavanaugh gave a punchy and light-hearted speech, punctuated in spaces with emotional recollections of his nomination to the high court.

“Last year, a lot of my friends put themselves on the line for me,” Kavanaugh said. “People risked their jobs and livelihoods. They were yelled at, insulted and threatened.”

“I’m on a lifetime mission to thank all my friends,” he said elsewhere.

In that vein, the justice approvingly cited the hymn “Be Not Afraid,” which he described as a source of strength while his confirmation was pending. Kavanaugh is a Roman Catholic.

Speaking warmly of his fellow justices, Kavanaugh praised his new colleagues as models of hard work, patriotism, and collegiality. In particular, he cited the example of Justice Clarence Thomas helping Justice Ruth Bader Ginsburg to and from the bench during oral arguments. Though he conceded both are quite different judges, he said their relationship symbolized the court’s enduring generosity.

Justices Neil Gorsuch and Samuel Alito were on hand to fete their junior colleague, along with various dignitaries from Congress and the Trump administration, including Senate Majority Leader Mitch McConnell and Attorney General William Barr.

Outside the event, demonstrators chanted anti-Kavanaugh slogans and distributed literature urging the justice’s impeachment. Demand Justice, a leftwing judicial group, organized the protests, and screened footage of Christine Blasey Ford’s testimony before the Senate Judiciary Committee from a large screen mounted to a flatbed.

Since ascending to the high court in October 2018, Kavanaugh has generally kept a low profile. Most Americans would likely be surprised to discover a justice they remember as defiant tends to follow an even-keel on the bench. Kavanaugh’s tone and presentation during oral arguments is mostly understated, and he tends to defer to his senior colleagues before asking questions of the advocates.

Thus far, his writings have followed that same bent. His opinion are muted and prosaic — unlike some of his colleagues who prefer a rhetorical flourish — and often have a workmanlike focus.

When he does leave the confines of the court, Kavanaugh largely keeps to friendly venues like Maryland’s Chevy Chase Club, a private retreat for Washington’s elite where discretion is the better part of partisanship. He also taught a summer course in the United Kingdom on the origins of the Constitution with George Mason University’s Antonin Scalia Law School, whose faculty skews libertarian by reputation.