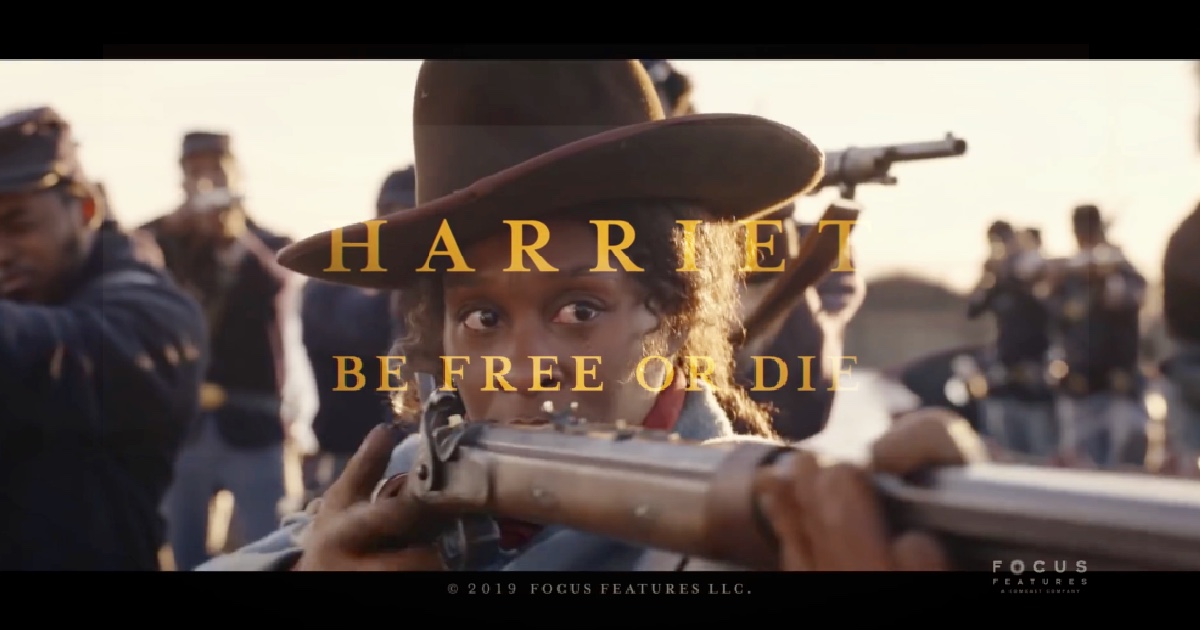 Warning: This article does contain some spoilers

There may be few things in the world as libertarian as a strong, independent, pistol-packing black woman, but that is exactly what you will see in “Harriet,” the new biographical film about abolitionist Harriet Tubman.

As usual, I was very skeptical about Hollywood’s ability to tell a historical story that is at least semi-accurate, but to my surprise, I was quite pleased with the way Mrs. Tubman was portrayed. The film follows Harriet from just before her escape from the Brodess Plantation in Dorchester County, Maryland, all the way up to her work as a spy for the Union Army during the Civil War.

This film has libertarian themes all throughout it, and had strong elements of individualism, faith, self-defense, and a central focus on the infinite value of individual liberty. Although this movie was not marketed as a faith-based film, there were Judeo-Christian elements during the entire 125 minute-run time. This was very important to the story as it is impossible to properly tell the story of the woman known as “Moses” without speaking of her faith in God, which she attributed to her success as a conductor on “The Underground Railroad.”

Mrs. Tubman was a fiery, gun-toting abolitionist and former slave who is credited with personally leading around 70 slaves to freedom, including her own family. The story was well written and pretty accurate for a Hollywood movie. The only real historical inaccuracies are some minor characters, such as a reformed bounty hunter named Walter, who aids Tubman in her escape, and a free black businesswoman named Marie Buchanon, who gave her shelter. The final scene in which Harriet prophesies that the son of her former slave master will die in the Civil War is also added for dramatic effect, according to Smithsoianmag, com.

I found myself particularly inspired by Harriet’s devotion to the cause of freedom not only for herself but for all slaves. There was a speech she gave in the film that stirred my heart as she spoke to her fellow abolitionists, urging them to step up to the plate and fight harder to end the tyranny of the slave trade. She went on to discuss how they had allowed themselves to become complacent because they were comfortable in their lifestyle living in elegant houses with their pretty wives. She added that she knew how important it was not to allow themselves to become accustomed to business as usual because she knew the price of freedom better than most of them because of her hardships.

I reflected on her words and thought to myself, how many of us living in America know the real cost of freedom? We talk about liberty and limited government principles, but are we truly willing to fight for those ideas which created the greatest nation the world has ever seen, or are we too comfortable living off our inheritance as American citizens as an ever-growing government seeks to enslave us? Are we really free as our founders intended, or are we living as slaves on some mental plantation? While technology has revolutionized our world for the better, as time has passed, it only goes to show that the issues we face today are not much different than the problems Harriet faced in her day.

The film also presented a lesson we can all learn from today in the character of Harriet’s sister Rachel, who seemed she would have rather lived under the tyranny of slavery than risk attempting to escape. Rachel died a slave which Harriet learned after a trip back to the Brodess Plantation to rescue her. Seeing this, I was reminded of the words of Thomas Jefferson, “I prefer dangerous freedom over peaceful slavery.” Freedom is always dangerous, but I much prefer those dangers than enduring any kind of slavery under the illusion of safety.

The film ends with Harriet leading the Union Army during the Combahee Raid, which led to the rescue of more than 700 slaves. Harriet, along with the Union Troops, pointed her rifle at Confederate troops from their boats as the slaves rushed across the river to join Union forces.

“Harriet,” tells the story of a woman who was willing to do anything to ensure she and others lived free, and that the natural rights of all people were acknowledged and protected. This film is centered around the struggle to preserve liberty no matter what the cost, which is something that all lovers of liberty will appreciate. It is well worth the price of a ticket at your local movie theater.

Who’s Next After Messi And Ronaldo?