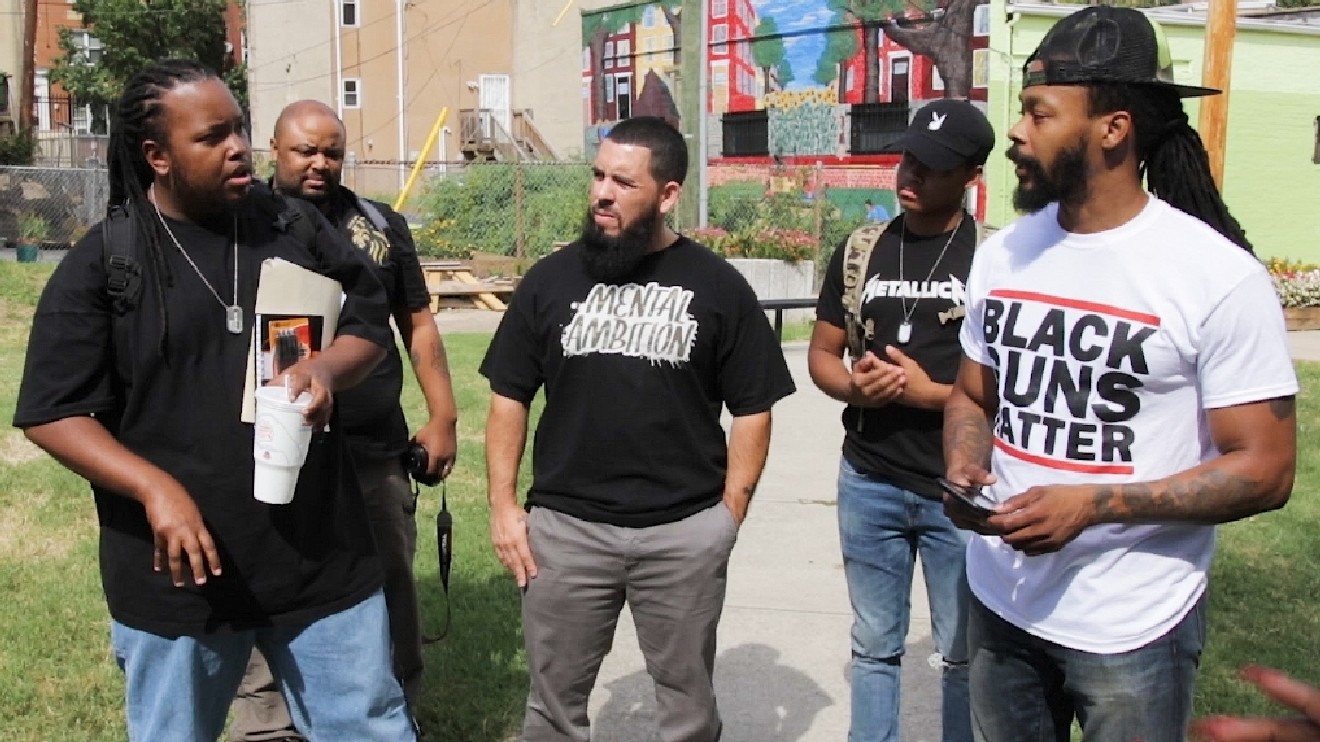 As a political activist and writer, sometimes something crosses your Facebook feed that gets you fired up. I stumbled across the organization Black Guns Matter in such a way and was immediately sucked in. The group was founded my Maj Toure, if you’ve never heard of him, here’s what the Black Guns Matter website has to say about him.

“Maj Toure is a Solutionary hip hop artist turned 2nd Amendment activist from North Philly. His following began after he was featured on the cover of the Philadelphia Weekly as ‘the Prophet of Philadelphia’. He founded the Black Guns Matter movement in 2015 and tours across the country providing 2nd amendment education and information to urban communities. Maj has been featured in the New York Times, Breitbart News, National Public Radio, and NRANews for his out of the box approach to 2nd amendment advocacy.”

While this is a great intro, there are some things about Maj this doesn’t fully convey. We sat down on the phone together recently to talk about guns, life, and the world. One of the first things I noted in our conversation is that Maj seems to be absent the elitist sniping that I’m so used to hearing from people who have garnered some celebrity. He was thoughtful and complex when we spoke, immediately challenging the stereotype of the ramrod second amendment supporter, a stereotype easily fueled by other activists like Ted Nugent. I’m not knocking Ted, but he’s not known for his thoughtful and civil discourse. I wanted to begin somewhere near the beginning…

Crystal: You’ve said before that you believe there is an informed and an uninformed gun culture, why do think urban communities are less informed compared to the suburbs or rural areas?
Maj: People are conditioned, and the message is marketed differently to these areas. Way back when, they took the civics out of classrooms and the gun training, because they want people to be conditioned. We’re all conditioned. It’s one of the things used to keep people apart, race and then poverty. White people are in the global minority, but we all live in bubbles, especially here in the USA. When people start to travel globally they start to see our conditioning and have a more open mind about things. There are no boxes. I listen to Vivaldi and Rachmaninoff every morning, you gotta be willing to break all the stereotypes.

Crystal: Do you ever get flak from white people who are afraid of what you’re doing? I mean do they ever show up at your events?
Maj: (Laughing) NO. I get hate mail, and I read it sometimes, but no they don’t show. They’re too scared to show up in person, it’s easier to sit behind a keyboard- you know?

Crystal: People requested I ask you what you’re preferred firearm is…So what does Maj carry?
Maj: Glock 9mm, but it really depends what works for you, I mean if your sausage fingers don’t fit inside the trigger guard…(laughing), I don’t carry as much as I used to because I would rather build bridges with people first and sometimes, they’re dealing with trauma. So when they see the dude with the dreads, and the hoodie, and the beard, and strapped, I’m immediately putting them on the defensive. I would rather talk to people first. Let people have a chance to decide they like you a little bit.

Crystal: If people want to help Black Guns Matter, what would be the most beneficial, donations, publicity, volunteers, or something else?
Maj: Money, right now, we’ve got to have funds to get me and the team to all the speaking engagements, but everybody can’t do that, so shares, any positive energy, you never know you may share something online and a wealthy donor may see it and drop fifty grand in support.

Crystal: Do you get a lot of support from your family? Do they “get” what you’re doing?
Maj: They know that what I’m doing… now… in a positive way is better than some of the things I could have been involved with in my life. I’ve made a lot of mistakes in the past and I’m working on this part that I’ve found that I’m good at. I can still look at those mistakes, and own them, and try to grow. I definitely get a lot of support from my family.

Crystal: Do you consider yourself a member of a political party?
Maj: I lean Libertarian, lean Libertarian, but I will find things I agree with that Trump says, and some that Hillary said, but my audiences are subject to the same conditioning we talked about and if I say I’m republican, it’s all oh I knew you were in the NRA pocket, or they assume I’m a democrat because I’m from the hood. We have to be able to think critically about issues. I can usually speak truth to people in a way that they start to like me and then if I express something that’s more Republican they can hear and think “Okay that makes sense”, because they already kind of like me, or vice versa. I would rather not create tension in a situation so I’m not putting them on the defensive.

Crystal: What do you do when you’re not doing this?
Maj: Read books…I read…alot, watch TV shows, House of Lies, Bob’s Burgers, Walking Dead – I use these shows to educate, when people say they don’t want guns, I can ask what would you do in the zombie apocalypse, if they say it won’t happen, I can say but wouldn’t you at least like to be able to defend yourself to a certain extent? It helps get the message across when we use the culture.

Crystal: What’s been your most influential book?
Maj: The Biography of Malcom X because it was like the movie, The Neverending Story, like watching my own book; He grew up in the hood and had all this rage, but he grew and read and changed. When we think about race, we still have work to do there. I’ve read Mein Kampf and Rules for Radicals, because it’s important to understand how those people think.

Crystal: Describe a world or city where an organization like yours isn’t needed because the mission is already accomplished. What does that look like?
Maj: (laughing) Utopia? I mean, we’ve got to tackle poverty first, but you’ve got to have choice. Because even if everyone has paper, Bentley’s and houses, somebody is going to want to go shoot automatic in the desert because it’s fun and that’s okay; If we get people in a defensive stance THAT protects the other natural rights that we have.

Crystal: Do you feel like it’s hypocritical for stars in Hollywood to advocate for gun control when they often profit from movies that glorify gun use and abuse?
Maj: Ahh, Hollywood, I would try to extend an olive branch to them and try to educate them. Try to tell them they’re living in a bubble in LA. The experience that people have with guns in the real world is not that…I mean Keanu Reeves can shoot, but they’ve got special training, they spend three months at a shoot house everyday before filming, normal people don’t get that.

Crystal: Do you have a faith or practice a religion?
Maj: Love. It all comes back to love, Jesus had it on when He talked about loving one another, Buddha talks about love, the Hindu gods, even ancient Egyptian principles go back to love.

After our interview, I couldn’t help thinking that perhaps The Prophet of Philly is actually a really good way to describe Maj. He’s a game changer, the work his organization and team are doing will forever change the dialogue of how Americans, especially urban Americans, exercise their second amendment rights. I can only hope and encourage anyone reading this to walk the walk. If you believe that ALL Americans have the right to bear arms and that it “shall not be infringed”…then get on the Black Guns Matter site and buy a mug or make a donation. Do it now. It feels great, I know because my mug is on the way.