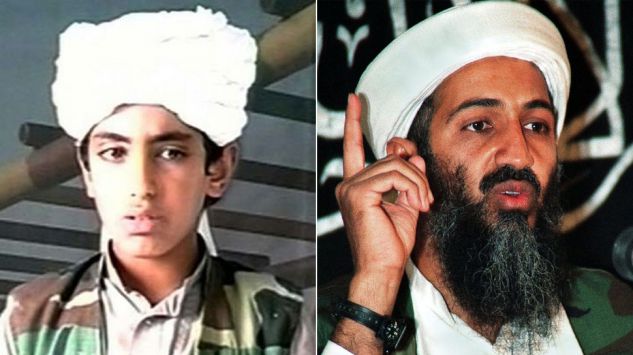 Deceased al-Qaida leader Osama bin Laden’s son Hamza could be on his way to leading the loosely affiliated terror group.

The young terrorist released an audio message Sunday inciting attacks against the West in a growing sign of his prominence. The Department of State labeled the younger bin Laden a specially designated global terrorist in January 2017. The designation declared that “Hamza bin Laden is actively engaged in terrorism,” noting his official inclusion into the group in August 2015.

“If you are unable to go for American Crusaders, target the interests of the Crusader member states of NATO,” bin Laden recently declared according to experts at the Long War Journal. He continued, “Accomplish your goals with secrecy. Attain the highest level of perfection in your actions, exercise utmost care and caution, and prepare diligently to inflict crippling losses on those who have disbelieved.”

“We shall continue to target you until you withdraw your forces from the Arabian Peninsula and from every single land of Islam,” he continued in a message to the American people. The older bin Laden was particularly concerned about his son’s safety, warning him to stay away from the Afghanistan-Pakistan region for fear he would be struck by a U.S. drone.

Former FBI Agent Ali Soufan warned CBS News Sunday that bin Laden’s namesake could help him inspire the loosely connected al-Qaida affiliates across the globe. “The whole thing was about vengeance. He wants to avenge his dad,” he continued.

Soufan also emphasized that Hamza “was educated by some of the founding members of al Qaeda. He was educated by people who masterminded the East African Embassy bombing, the U.S.S Cole. By people who basically secured al Qaeda from the day it started until 9/11. And they were preparing him to be the leader.”

“I think we’re not done with the bin Ladens yet,” he declared.

ACLU Files FOIA Demanding Records On Why Comey Was Fired