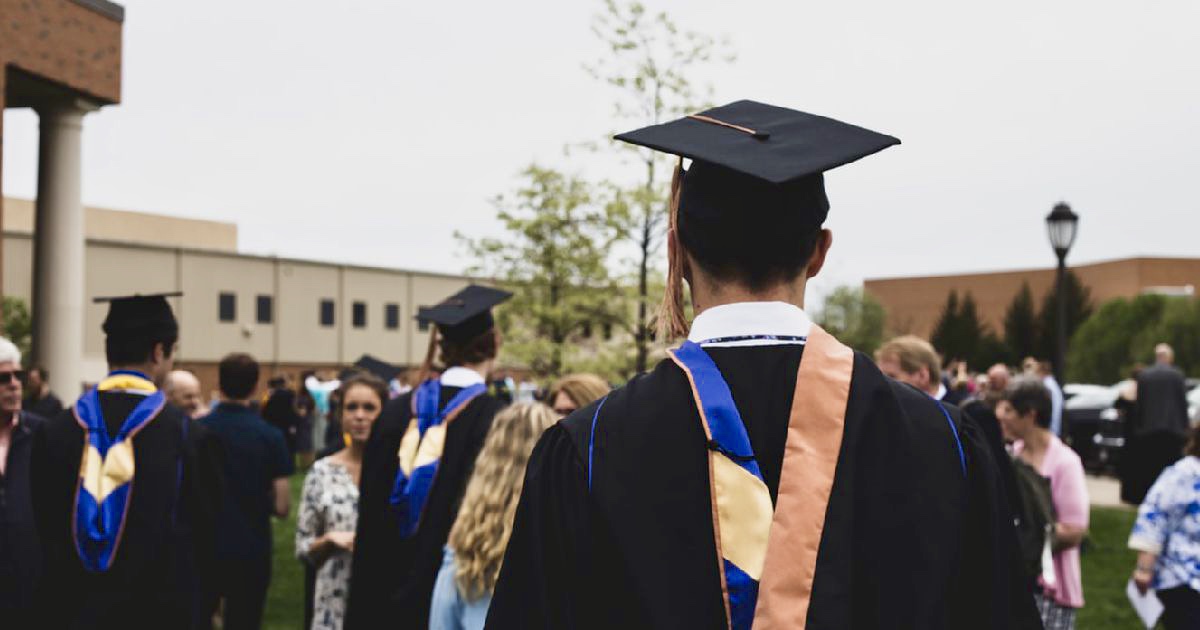 Graduation season has once again concluded, and 1.9 million Americans have left college behind and graduated with a bachelor’s degree. The social and cultural pressures to attend college are high, and the financial expense to do so is just as acute. Major presidential candidates gin up their base by empathetically promising to absolve the self-inflicted financial troubles of student loans, blissfully punishing those who made sound financial college decisions. While presidential candidates are showcasing the victims of so-called nefarious student loans, celebrities are bribing university officials with millions of dollars simply to grant their children admission to state schools.

Does College Lead to the “Good Life”?

Why has America become so obsessed with an 8×11-inch piece of paper? With the advent of the internet, all the information in the history of the world is practically at our fingertips. We tend to forget much of what we learned in college a short while after graduation, anyway, and the companies we work for are often more than willing to take the tax write-off to train employees with the skills they actually need. In light of these realities, it’s time to recognize that a four-year college education should no longer be considered a prerequisite, or even a favored pathway, to the “good life.”

The human drive toward attaining the “good life,” winning accolades, and earning respect from peers is nothing new. From the University of Karueein (859 AD) to the University of Phoenix Online, humans are attempting to better themselves through experience and education. Originally, higher education was intended to produce academics—the world’s philosophers and researchers. Its purpose was primarily the pursuit of knowledge and attainment of objective truth to assist in the interpretation of this reality.

But in 2019, in the United States of America, the guiding intent of higher education appears to have changed entirely. College degrees are about opening the door to the ideal job post-graduation (usually with a bit of binge-drinking and other extracurriculars thrown in for good measure). The college experience has become a path toward financial stability and not the method for attaining and discovering knowledge for knowledge’s sake.

With this incentive shift toward monetary outcomes as the point of one’s college experience, individuals and the culture at large are placing increasing emphasis on graduating at any cost. At times, when the four-year degree fails to provide an attractive job, the debt-laden recent grad will decide to gamble on the next degree with the hope of hitting the employment jackpot. And the costs can be high—enormous student loans, the opportunity cost of the time spent in college, or even the risk of incriminating oneself in a bribery scheme.

Students Are Crushed by College Debt

In fact, 44 million borrowers have collectively over 1.5 trillion in student loan debt, and the average student now graduates with $37,172 in student loans. The federal government is routinely providing loans that would not be available in the private sector because of the associated risk. Except for individuals in STEM programs, the likelihood that a recent graduate will find a job closely related to their major is incredibly slim, and the return on investment (four years of time and $100,000 in costs) is arguably non-existent.

The time and money spent to attain a college degree allow graduates to make a claim to a higher authority of one’s capabilities. In today’s generally atomized, fragmented, and city-centric society, most employers don’t live in a community where a young person’s skills and maturity are known and trusted. In this world, the diploma’s claim to authority seems to be necessary and convenient. However, people are starting to doubt the diploma’s authority due to degree inflation (i.e., nearly everyone has one).

Further, if a student can gain admission to a university based on bribery when he or she otherwise wouldn’t have met the entrance criteria but the student can still pass all the course work, then the academic credentials of the institution cannot be trusted. The college degree becomes an elitist and classist rubber stamp of approval that further separates those with means from those without.

Corporations can easily provide an alternative to this culturally imposed debt trap, and many are starting to do so. They can accept competent applicants fresh out of high school and train them to perform the needed jobs. This model benefits the non-college educated individual (or the pre-college educated individual) because he or she can both earn an income and gain four years of employment experience rather than attending college full-time.

The model also enables greater flexibility and profitability for corporations (with subsequent benefits to the people those businesses serve) because they can pay non-college educated individuals less since these new hires aren’t desperate to recoup financial losses from a college degree. If the social pressures toward a four-year college degree taper off, a majority of rational actors could be expected to jump at these opportunities and leave true academics to the academy.

There remains a genuine need for academics and for institutions of higher learning, research, and discussion. However, individuals who attend these institutions should be those who are seeking the truth, developing their knowledge base, and strengthening their critical thinking—not simply treating college as their only path toward the American dream or general maturation.

Human maturation and personal development should and will occur regardless of the situation or context in which people find themselves. But the academy is a place for research, development, and thought that does not innately or immediately bring with it financial reward. If there is a financial reward associated with it, market forces will fund such endeavors.

The current societal obsession with college degrees frequently creates more barriers to entry and heavy negative trade-offs for individuals who are simply looking to work hard and support their families. Whether America’s rising generation engages in “dirty jobs” or white collar jobs, college degrees should become a nice-to-have and not a must-have.

Logan Smith holds a Bachelor’s of Science from Virginia Tech and a Masters of the Arts from the College at Southeastern. He is currently a senior consultant at a large firm in Washington D.C. Follow him on Twitter at @logansmith86.