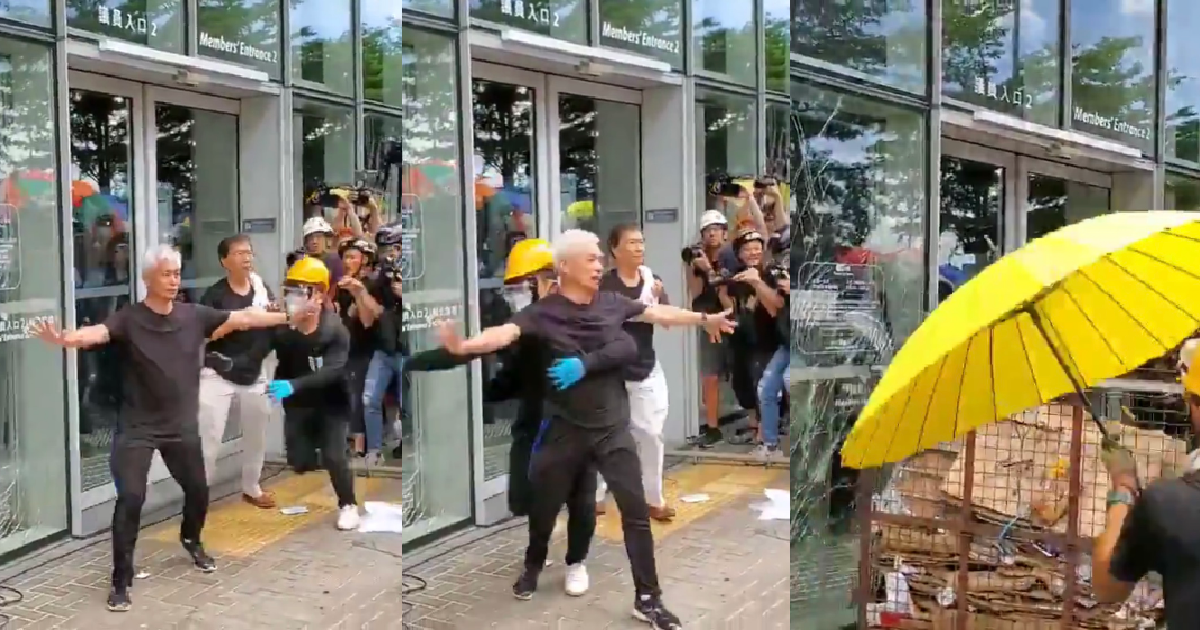 Riots broke out in Hong Kong on Monday as protesters stormed Hong Kong’s Legislative Council building in what began as a peaceful march against the extradition bill according to The South China Morning Post.

The protesters broke into the building around 9 P.M. local time, spray painting graffiti on the walls, smashing government property inside, and defacing portraits of government officials with spray paint and rocks, according to NPR.

(Gallery 2/X) What HK’s legislature has become now after hundreds of protesters stormed inside. @SCMPNews pic.twitter.com/eDZIRU2J6b

Police maintained a minimal presence during the escalation on the 22nd anniversary of Hong Kong’s return to Chinese rule in an attempt to avoid more tension with the public until police circled the building around midnight, firing tear gas on the public, according to The South China Post.

The State-published Communist propaganda outlet “People’s Daily” condemned the raid on the legislative building, calling for “zero tolerance” of the incident, according to The Guardian.

“Out of blind arrogance and rage, protesters showed a complete disregard for law and order,” said both the Chinese and English versions of the Global Times in an editorial on Tuesday.

“Chinese society is all too aware that a zero-tolerance policy is the only remedy for such destructive behavior witnessed. Otherwise, and without this policy, it would be similar to opening a Pandora’s Box,” The Guardian reported.

Protesters against the extradition bill opposed the legislation because it would allow that individuals from Hong Kong could be sent to mainland China to be sentenced in Communist-controlled courts which protesters see as a threat to Hong Kong’s rule of law.

🔴 HKFP_Live: HKFP tours the aftermath in Admiralty after a group of protesters laid seige to the legislature. https://t.co/02g1WJLo1W

Below, you can see live footage of the mayhem surrounding the protest, which was recorded on Facebook Live for almost two and a half hours.

It certainly appears Hong Kongers kicking back against the extradition law aren’t taking Communism lying down.

Why Do Germans Love Gambling? Facts and History