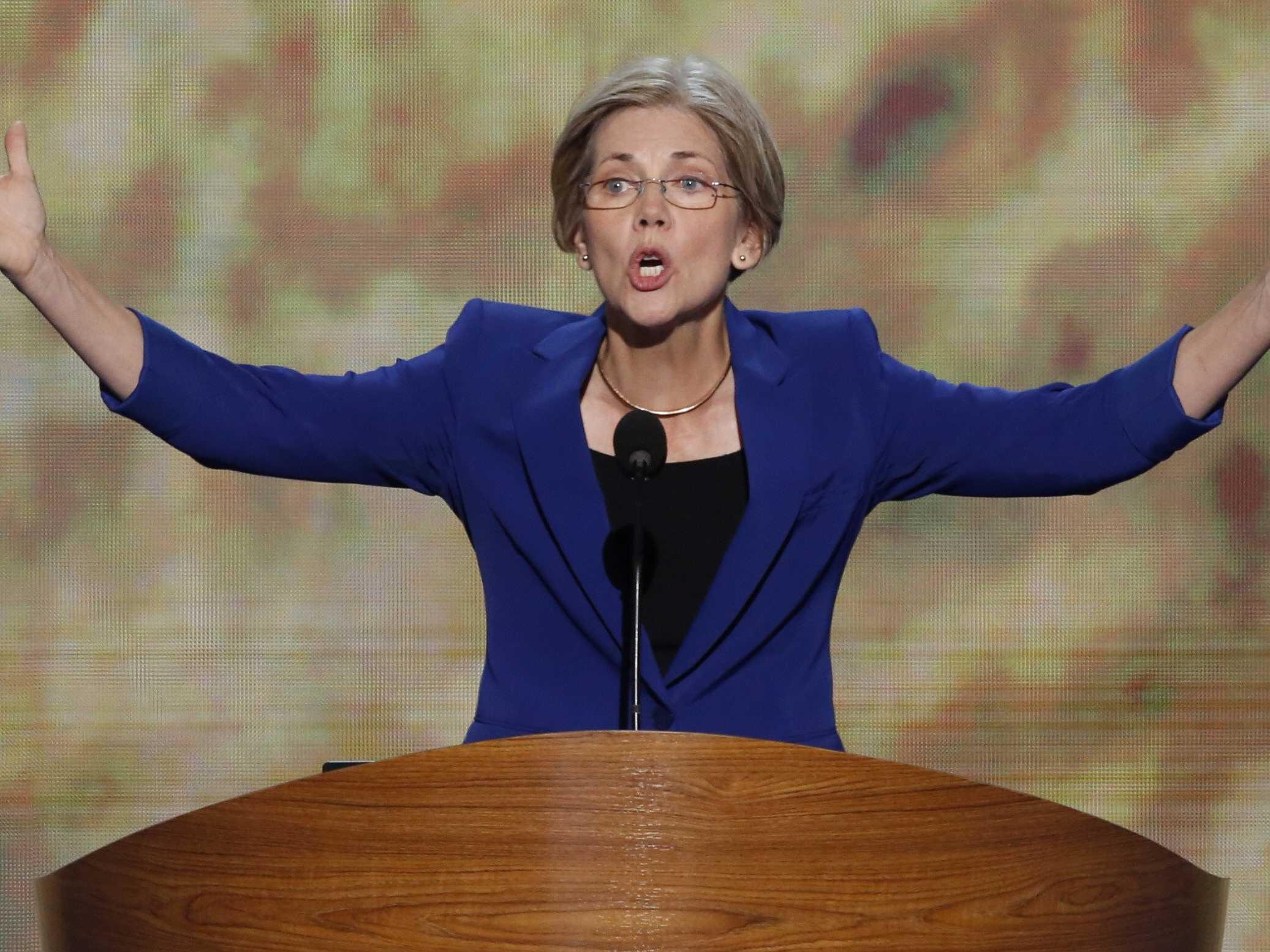 Democratic senator, and potential Hillary Clinton running mate, Elizabeth Warren gave a Wednesday speech in Washington lambasting Apple and other big tech companies for the ways they have been able to achieve immense success.

The senator’s main gripe was that “today, in America, competition is dying.” Warren blames it on concentration and consolidation, in which many big businesses are either dominating the market or joining forces in order to do so.

Nevertheless, her opening remarks contained a gleeful, “I love markets!”

While Warren provided examples like the airline industry and health insurance market, her main target was tech, namely Apple, Amazon, and Google. These companies “provide platforms that lots of other companies depend on for survival. But Google, Apple, and Amazon also, in many cases, compete with those same small companies, so that the platform can become a tool to snuff out competition.”

Warren appears to be channeling her inner Roosevelt, striving to apply antitrust laws to show that the only entity more powerful than some of the largest businesses is the government.

The senator contended “while Apple Music is easily accessible on the iPhone, Apple has placed conditions on its rivals that make it difficult for them to offer competitive streaming services” and that the Federal Trade Commission is investigating for antitrust violations. She did not go into the specifics.

Warren also criticized Amazon for using “its position as the dominant bookseller to steer consumers to books published by Amazon” and Google for “using its dominant search engine to harm rivals of its Google Plus user review feature.”

She did concede that these companies “deserve to be highly profitable and successful” as long as “new entrants and smaller competitors” get a “chance to change the world again.”

Google asserted in 2012 that it had boosted the economy by $80 billion just through its advertising functionality. Once just a search-engine platform, Google has transformed the world in ways that cannot be predicted by economic analysis. Just like Nancy Pelosi, Warren may not be too pleased that Apple CEO Tim Cook sat down with Republican Speaker of the House Paul Ryan earlier this week.

Spotify, Apple’s main competitor in the music-streaming market, were not restrained with their criticism of their rival and vehemently agreed with Warren’s statements:

“Apple has long used its control of iOS to squash competition in music, driving up the prices of its competitors, inappropriately forbidding us from telling our customers about lower prices, and giving itself unfair advantages across its platform through everything from the lock screen to Siri. You know there’s something wrong when Apple makes more off a Spotify subscription than it does off an Apple Music subscription and doesn’t share any of that with the music industry. They want to have their cake and eat everyone else’s too.”

Apple’s success and power often irritates some in the government and other players in the private sector. Apple has not always been successful in deflecting such criticisms because of certain points of their legal history. Earlier this year, Apple was forced to pay $450 million in order to end an antitrust lawsuit because they knowingly conspired “with book publishers to raise the prices of e-books” according to a statement in Bloomberg made by Assistant Attorney General Bill Baer, who is head of the department’s antitrust division.

Warren has a history of censuring the “too-big-to-fail” mantra that often exhibits preferential treatment for some of the biggest companies, even combating big name liberal pundits in the process.

Here, Warren is employing a loosely similar sentiment that giant tech conglomerates like Apple should not be treated favorably the same way that the banks were following the 2008-2009 financial crisis.

Why is Gary Johnson Running Away from the Libertarian Party?