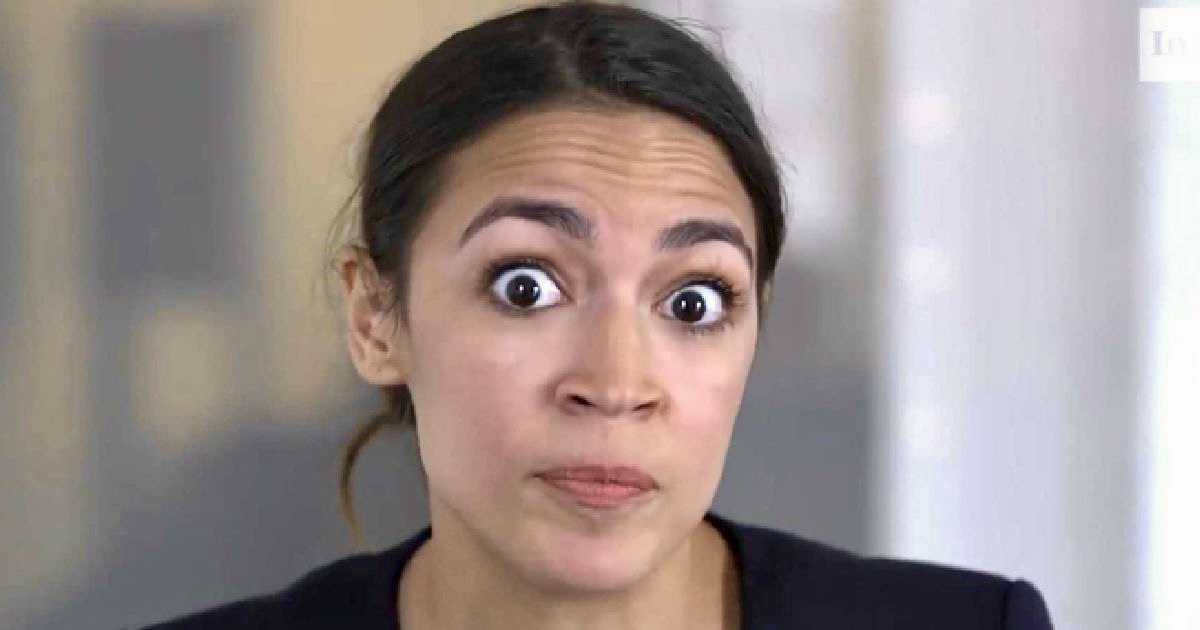 Democratic Socialist Rep. Alexandria Ocasio-Cortez (D-NY) is at it again as she ranted and raved at a climate change event hosted by Howard University on Monday night and televised by C-SPAN about her refusal to accept a “middle of the road solution” when it comes to her signature “Green New Deal” legislation.

“I will be damned if the same politicians who refused to act then are going to try to come back today and say we need a middle of the road to approach to save our lives, that is too much for me. We cannot and will not accept anything less than a solution to save ourselves, and that’s exactly what this is.”

The crowd erupted in cheers as Ocasio-Cortez made her bold declaration, but many on Twitter saw her speech as wild and nutty claims which could be likened to the theatrics of a televangelist or snake oil salesman.

Not the brightest bulb.

You want to know "exactly what this is?" It's this on display. pic.twitter.com/hWS4p4FqTh

When I hear her voice I hear this ???????? pic.twitter.com/HqJsIZtMkc

Its amazing that this young actress can illustrate this so well. Bravo @miniAOCofficial @SICKENLAW pic.twitter.com/EoycXkCpvJ

Thank God AOC is there to save our lives! Now keeping myself and my family safe is nothing I need to be concerned with anymore. The Green New Deal is the answer for everything! Wonder if it will stop male pattern baldness too?

No, but it will cure ED.

“Frankly my dear I don’t give a damn”!!! pic.twitter.com/GVKPFcBnoM

While you could scroll the Twitter feed all day and find some entertaining responses to the Rep. Ocasio-Cortez’s wild proclamations one Twitter user by the name of Schwinky made a valid point with a meme he posted that is quite scary if one sits and ponders it for a few seconds. His post reads, “Before anyone says anything about how dumb she is, remember there are 100,044 New Yorkers running around that voted for her that are just as dumb. (Scary isn’t it?)”

It is worth making a note that the Democratic congresswoman’s bold proclamation came just a day after she revealed that she was only joking about her original claims that the world would end in 12 years if we didn’t take strong action against climate change. She insisted the GOP simply didn’t understand “dry humor and sarcasm”, calling Republicans Dwight from the television series “The Office.”

“This is a technique of the GOP, to take dry humor + sarcasm literally and “fact check” it. Like the “world ending in 12 years” thing, you’d have to have the social intelligence of a sea sponge to think it’s literal. But the GOP is basically Dwight from The Office so who knows.”

This is a technique of the GOP, to take dry humor + sarcasm literally and “fact check” it.

Like the “world ending in 12 years” thing, you’d have to have the social intelligence of a sea sponge to think it’s literal.

But the GOP is basically Dwight from The Office so who knows. https://t.co/pmkwrdeAnq

I don’t know about you, but it seems to me like the only thing Ocasio-Cortez could possibly be joking about is that she’s economically literate.

Why Fighting Tariffs With Tariffs Is a Bad Idea