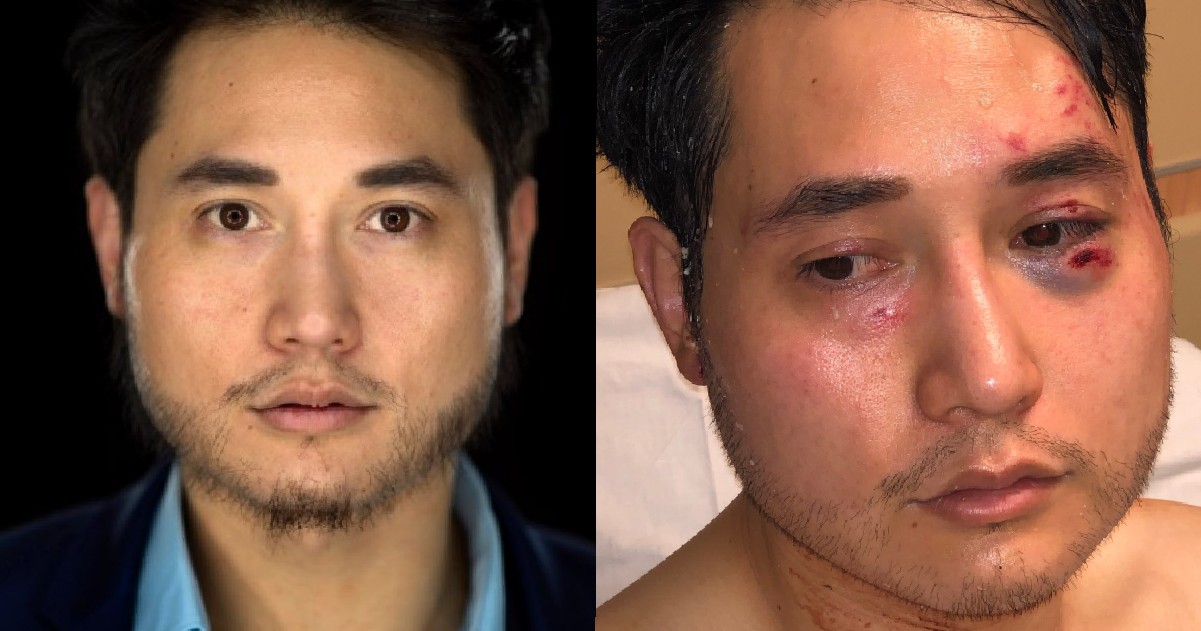 Andy Ngo, a journalist covering clashing protests in downtown Portland, was taken to the emergency room after he was beaten in the face by members of AntiFa on Sunday, according to video evidence on Twitter.

Below is Ngo, escaping mobs of protesters beating him in the face and throwing throwing objects at him while visibly bleeding from the face:

First skirmish I’ve seen. Didn’t see how this started, but @MrAndyNgo got roughed up. pic.twitter.com/hDkfQchRhG

Jim Ryan is a reporter for the Origonian.

Left-wing counterprotesters assulted and robbed Ngo, an editor for Quillette, a center-right online magazine, around 1:30 PM PST, according to his Twitter.

At 1:27 PM Ngo was treaming live to Twitter, with police nearby, when his stream was suddenly ended a minute later.

Ngo began streaming again at 1:35 PM while police and first responders looked at his injuries. “Where the hell were all of you?”  Ngo asks PPD officers in the Pesiscope video.

The protest, which began as a clash between “Him Too” protesters and counterprotesters, had already turned violent over an hour earlier, according to Fox’s Oregon affiliate.

Portland was called “one of the most politically violent cities in America” by the city’s police union president, according to The Oregonian, on Oct. 23. Since then, the city hasn’t seen much respite from protests and political clashes.

“Milkshaking,” the act of lightly assaulting someone by pouring a milkshake over them, came into vogue in the UK this summer, and has only recently crossed the pond. Although the phenomenon was predicted by Carl Benjamin, “Sargon of Akkad” on YouTube, this is the first time a milkshaking has been conducted with a foreign and dangerous substance.

Ngo posted pictures of his injuries from the ER at 3:46 Pm.