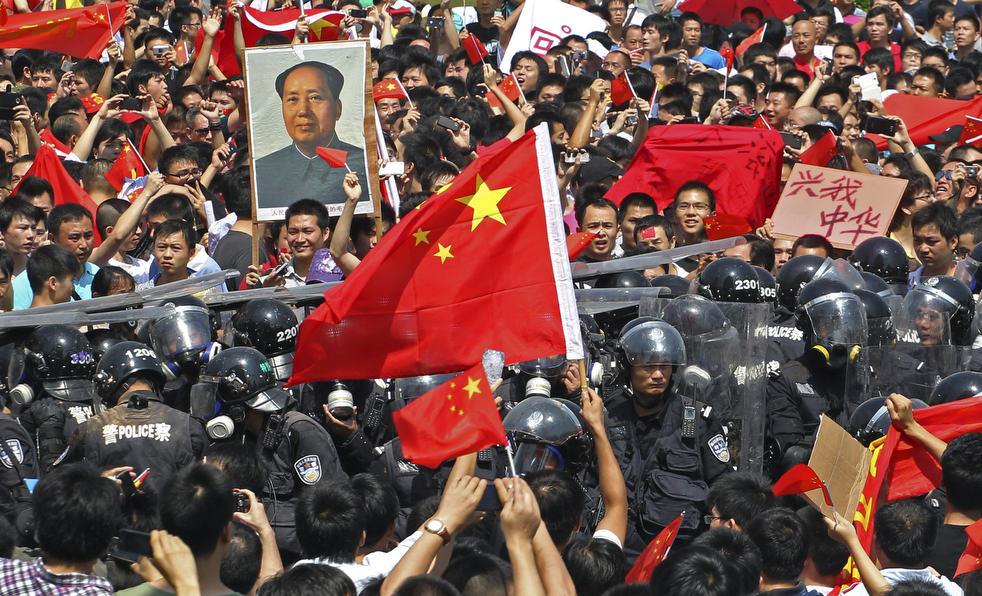 The Internet has become a tool for the Chinese Communist Party (CCP) to keep its citizens in place. Through the web, the government surveills their every move and puts them behind bars if their online behavior is not in line with Beijing’s sentiment.

Recently, Chinese officials began developing a social credit system in which the government keeps what amounts to an Internet credibility score on each citizen. Experts discussed the system during the ongoing China Forum in Washington, D.C., which they say reveals a real-world 1984-style totalitarian state in the making.

“It will mark the rival of an unprecedented information totalitarianism,” said Cao Yaxue, a Chinese writer and renown critic of CCP.  “It’s issuing a driver’s license for speech. You will be subjected to point deduction for violation of speech. Once you have no points left, you will be barred from going on the road again.”

As the name implies, the system holds a score on every citizen and business based on their social behavior. The things you buy and people you socialize with are subject for review. Every word typed and posted on the Internet will decide whether a person is “raising the honest mentality and credit levels of the entire society.”

Based on how these behaviors are in-sync with the beliefs of the CCP, a person’s score will go up and down. The credit rating is directly related to a person’s access to social services, such as education and health care. When a person runs out of points all together, they will no longer be allowed to leave their homes.

The CCP has not been silent about the new system and takes pride in “strengthening the sincerity consciousness of the members of society,” as described in the law that passed last summer.

“Accelerating the construction of a social credit system is an important basis for comprehensively implementing the scientific development view and building a harmonious Socialist society,” an excerpt of the law reads. “It is an important method to perfect the Socialist market economy system, accelerating and innovating social governance, and it has an important significance for strengthening the sincerity consciousness of the members of society.”

The database that keeps the scores will gradually be developed over the next five years. A series of laws to restrict freedom of speech has been passed over the past years to prevent espionage and foreign NGOs from operating freely.

“In the last three years systematic measures were taken to smother what they conceive threats and challenges,” Yaxuesaid. “Up to 300 human rights lawyers were questioned and they now remain in secret detention without the right of access to lawyers.”

Amendment Act 9 passed this week, making rumor-spreading a criminal offense punishable with three years in prison. Any statement that doesn’t come from the state-run newspapers or television stations will be considered a rumor, according to Yaxue.

The system began to form when CCP leaders met to discuss the financial, social, cyber and diplomatic state of the nation in July, 2012.

Wang Juntao was one of China’s most famous free speech activist during Mao Zedong era. He was sentenced to 13 years in prison for organizing the Tinnamen Square protest in 1989, in which hundreds of people were killed for standing up against the CCP.

The shift toward a more free society that Juntao has experience in recent years has taken a U-turn following the appointment of Xi Jinping as president in 2013.

“He wants to rebuild legitimacy with traditional Chinese market ideas about how to build China,” he said. “He wants to tighten the party state machine with control over the state society … There is a disaster happening in China right now.”

A significant event that marked the start of the new wave of oppression was a New Years greeting by a liberal-leaning newspaper. The op-ed called for constitutional change in China, but it was never printed. The propaganda official overseeing the newspaper changed the content without notifying the editors, and Yaxue said the media have been completely controlled by the government ever since.

SecVA Lies, Then Says People Need To Fact-Check Claims About The VA