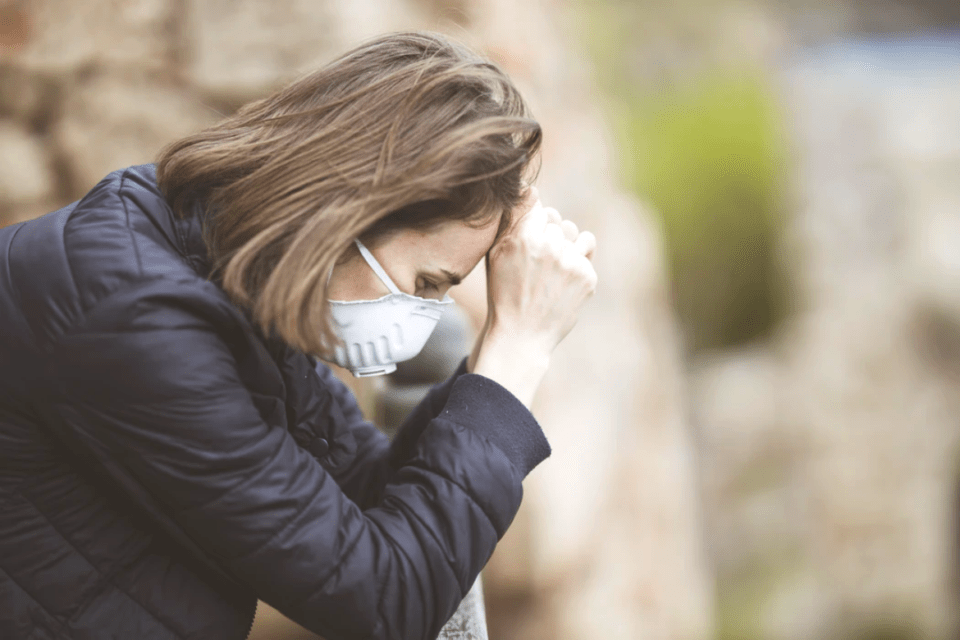 In California and other parts of the country, Americans are headed back to lockdown or otherwise facing renewed restrictions on their day-to-day lives amid another spike of COVID-19. Yet a new Gallup poll shows these lockdowns come as people are already struggling with their mental health.

“Americans’ latest assessment of their mental health is worse than it has been at any point in the last two decades,” Gallup reports.

This poll only further documents an ongoing trend.

As Jon Miltimore previously explained for FEE.org, the Centers for Disease Control found that 1 in 4 young Americans considered suicide this past summer amid life under lockdown and unprecedented levels of social isolation. In one anecdote that painfully demonstrates this broader trend, a California hospital doctor told local news in May that during lockdown he witnessed “a year’s worth of suicide attempts in the last four weeks.”

Much of the decline in mental health over the last 9 months can reasonably be attributed to pandemic lockdowns rather than COVID-19 itself.

Why? Well, consider that for the aforementioned suicidal young adults, the actual mortality risk of COVID-19 is close to zero. It’s the shuttering of their schools, closures of their offices, and isolation from family, friends, and community that has affected them so drastically.

And the negative health effects, both physical and mental, of social isolation are well-documented. Consider this report from the New York Times:

A wave of new research suggests social separation is bad for us. Individuals with less social connection have disrupted sleep patterns, altered immune systems, more inflammation and higher levels of stress hormones. One recent study found that isolation increases the risk of heart disease by 29 percent and stroke by 32 percent.

Another analysis that pooled data from 70 studies and 3.4 million people found that socially isolated individuals had a 30 percent higher risk of dying in the next seven years, and that this effect was largest in middle age.

Loneliness can accelerate cognitive decline in older adults, and isolated individuals are twice as likely to die prematurely as those with more robust social interactions. These effects start early: Socially isolated children have significantly poorer health 20 years later, even after controlling for other factors. All told, loneliness is as important a risk factor for early death as obesity and smoking.

How could it not?

Ample research shows how stripping people of their agency and leaving them feeling powerless contributes to mental health decline.

“Having a high sense of control is related to proactive behavior and positive psychological outcomes,” health researchers point out. “Control is linked to an ability to take preventative action and to feel healthy. An impairment of control is associated with depression, stress, and anxiety-related disorders.”

So, such drastic government lockdowns seizing control of the minutiae of American life were always going to have severe mental health consequences. Unintended consequences plague all top-down government efforts to control or manage society.

“Every human action has both intended and unintended consequences,” Antony Davies and James Harrigan explain for FEE. “Human beings react to every rule, regulation, and order governments impose, and their reactions result in outcomes that can be quite different than the outcomes lawmakers intended.”

Replacing individual decision-making of hundreds of millions’ of peoples’ everyday lives with centralized government mandates intended to slow the spread of COVID-19 inevitably causes enormous ripple effects. Our retrospective analysis of lockdown policies—the effectiveness which is seriously disputed—must be weighed against the loss of life and human suffering they caused in their own right.

Brad Polumbo (@Brad_Polumbo) is a libertarian-conservative journalist and Opinion Editor at the Foundation for Economic Education.

The Best Place to Get Reusable Grocery Bags