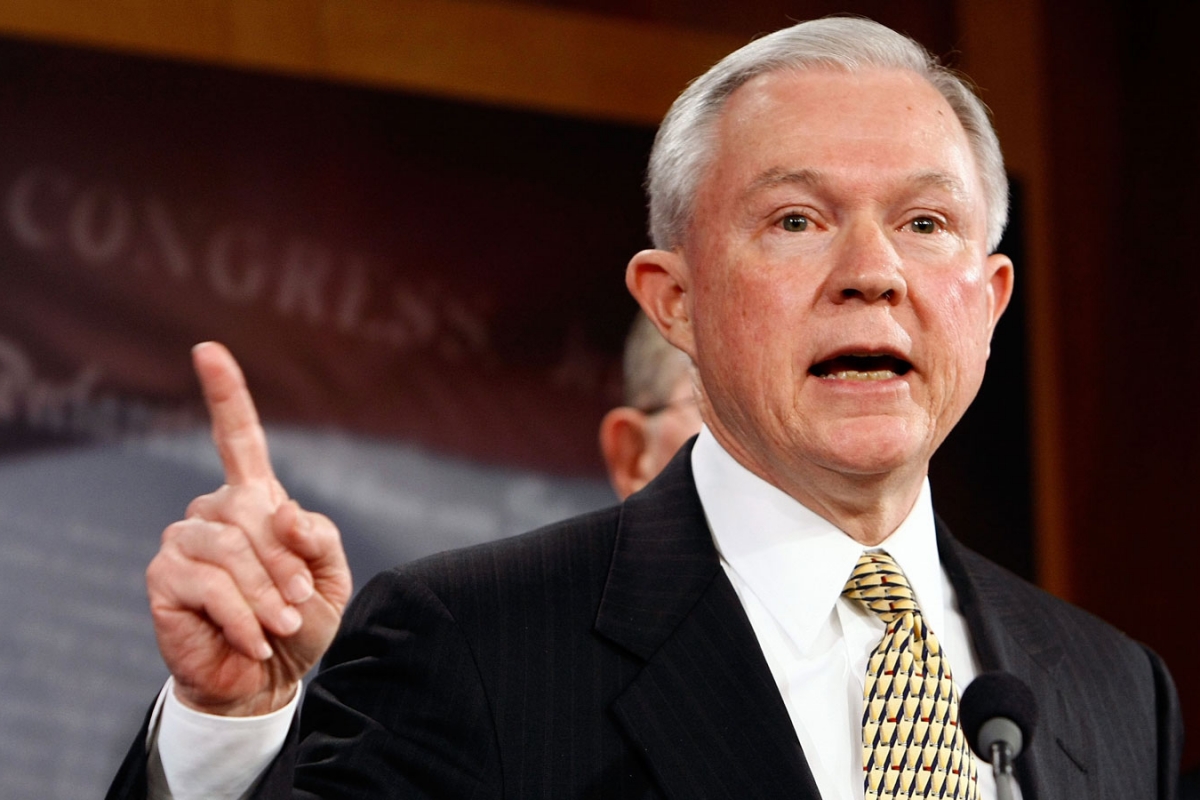 Jeff Sessions reveals the rift between libertarians and conservatives on the legalization of cannabis.

I have met Alabama Senator Jeff Sessions several times in person. He has been kind enough to grace us with his presence in our radio studio on multiple occasions. He has called into our shows several times more. During one phone-in interview, he and I even shared a laugh after I showed off my cheap impersonation of his senate colleague, Bernie Sanders.

This is Sessions style: to stay connected with his Alabama constituency through constant communication while maintaining what can only be regarded as a naturally developed sense of humor and humility. He has been lauded for his efforts from Alabama conservatives. Despite this being a season of discontent for the party base against the GOP establishment, rarely do I hear a nasty word thrown in the direction of Senator Jeff Sessions from the conservative right. Somehow a senator who has held his seat for 20 years is still considered an outsider — a man of the people. Accordingly, Donald Trump has constantly sought out Sessions’ “true conservative” advice on policy from immigration to foreign affairs.

All this said, though he does seem genuinely charming and unassuming (as well as surprisingly diminutive in size for a political leader), Jeff Sessions still holds policy positions that shock my liberty-loving conscience.

Though I consider myself a libertarian who is allied with conservatives on many issues, there comes a time to speak truth to one’s allies. Politics is about division, and it is best if we make our differences known forcefully, even amongst so-called friends. If conservatives and libertarians are to be political friends, we must come to terms with our disagreements on many issues.

In particular, we must resolve the issue of the war on drugs.

As reported by Jacob Sullum of Reason, Jeff Sessions had this to say about cannabis users during a hearing on the ramifications of the recreational legalization of marijuana at the state level:

The creating of knowledge that this drug is dangerous, it cannot be played with, it is not funny, it’s not something to laugh about, and trying to send that message with clarity, that good people don’t smoke marijuana.

This is a perfect example of how conservatives give liberty a bad name by calling for a bigger and more intrusive federal government. So much for small government, Jeff.

And let me be clear: the most damning aspect of your statement, good sir, is not your simpleton moral shaming en masse of those who consume cannabis. No, the worst aspect of your latest utterance is revealed by the words “the creating of knowledge” — the knowledge in this case being the absurd propaganda that marijuana is somehow more dangerous than most legal activities Americans engage in — “cannot be played with.”

You speak, Senator Session, as though you are simply offering advice to the youth of the nation, as though you are merely engaging in a game of persuasion.  But this is not a just an intellectual disagreement. I wish it was, but your view is currently privileged and backed by the aggressive force of government.

I would never force you or your children to smoke pot.  I would never deny your liberty to speak to the nation’s youth about the what you perceive to be the perils of drug use. I only wish you would grant your opposition, the pot-smoking “bad people,” the same liberty — not just to speak their minds on the issue (which I assumed you obviously support), but more importantly, the liberty to consume cannabis as they please if they so choose.

If “the creating of knowledge” that “good people don’t smoke pot” is not enough to persuade people to refrain from smoking the devil’s lettuce, do you and your followers really claim the right to arrest those people when you don’t get your way? If so, how brutish and, dare I say, evil of you.

Who are you, my dear Alabama Senator, to control the minds of the public by controlling the bodies of pot-smokers?

By what right do you claim the authority to use violence against those who disagree with your views?

I cannot help but think of the words Ayn Rand put in the mouth of John Galt during his radio broadcast:

To interpose the threat of physical destruction between a man and his perception of reality, is to negate and paralyze his means of survival; to force him to act against his own judgment, is like forcing him to act against his own sight. Whoever, to whatever purpose or extent, initiates the use of force, is a killer acting on the premise of death in a manner wider than murder: the premise of destroying man’s capacity to live.

Do not open your mouth to tell me that your mind has convinced you of your right to force my mind. Force and mind are opposites; morality ends where a gun begins. When you declare that men are irrational animals and propose to treat them as such, you define thereby your own character and can no longer claim the sanction of reason—as no advocate of contradictions can claim it. There can be no “right” to destroy the source of rights, the only means of judging right and wrong: the mind.

To force a man to drop his own mind and to accept your will as a substitute, with a gun in place of a syllogism, with terror in place of proof, and death as the final argument—is to attempt to exist in defiance of reality. Reality demands of man that he act for his own rational interest; your gun demands of him that he act against it. Reality threatens man with death if he does not act on his rational judgment; you threaten him with death if he does. You place him in a world where the price of his life is the surrender of all the virtues required by life—and death by a process of gradual destruction is all that you and your system will achieve, when death is made to be the ruling power, the winning argument in a society of men.

In my opinion, Senator Sessions, good people don’t threaten the use of violence against non-violent people in the name of virtue and progress.

No, in my world, we call such people evil.

But don’t worry, I still consider you a humble and even endearing political enemy on this issue. I take to heart the maxim “love your enemies.” Maybe someday in a freer future, we can have a laugh over this whole matter as we stroll down the beach side, you with a beer in your hand and I with a joint, as we argue over who is committing the greater sin.

Wouldn’t it be nice to “agree to disagree” as peaceful, equal, and free men?

One Shocking Stat Shows How Big Government is Hurting Americans