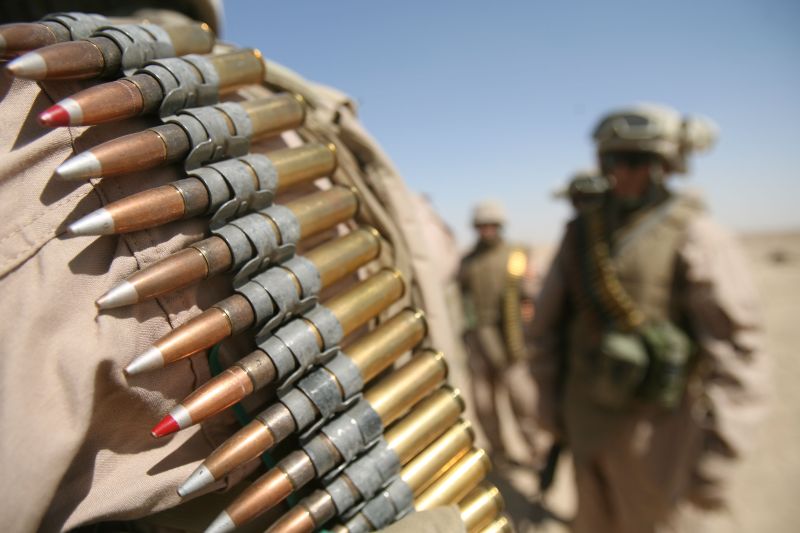 The revelation highlights the vast network of graft and corruption that permeates the Afghan security forces, and one of the major reason it has been so ineffective against the Taliban. One scrap dealer told Reuters if soldiers don’t have enough ammo on hand to sell, they will simply fire off their automatic weapons until the dealer has as much metal as he needs.

One Afghan commander in Helmand province estimated eight out 10 soldiers took part in the practice, and blamed insufficient pay and leave. Helmand province has been a central Taliban battlefield since the end of the U.S. combat mission in Afghanistan in 2014. The Taliban has seized several key towns in Helmand, where hundreds of U.S. and British service-members have died since 2001.

The Department of Defense spent nearly $300 million on building up the Afghan Security Forces in 2015 alone. The Obama administration’s entire strategy is focused on building up and training the Afghan security forces in the fight against the Taliban. U.S. strategy is predicated on keeping a democratically-elected government in Kabul that will fight al-Qaida and other jihadist elements that would try to use Afghanistan to launch attacks on the U.S., as al-Qaida did prior to 9/11.

Pentagon inspectors found Afghan logistics networks “immature and unreliable” in February 2016. The deficiencies of the Afghan security forces have led to the largest territorial gains by the Taliban since the U.S. invasion in 2001. The territorial gains are so alarming, President Barack Obama had to reverse course and commit to keeping 8,400 troops in Afghanistan until 2017.

In late June, the U.S. and NATO committed to fully funding the Afghan security forces with no performance or corruption metrics in place. The funding will continue despite reports by numerous watchdog organizations that many Afghan security forces exist only on paper. These forces are referred to as “ghost police” and are a method of extracting billions of dollars in aid from the U.S. and its allies.

Confidential List of Over 93K Suspected Terrorists is Available Online For as Little as $2,300