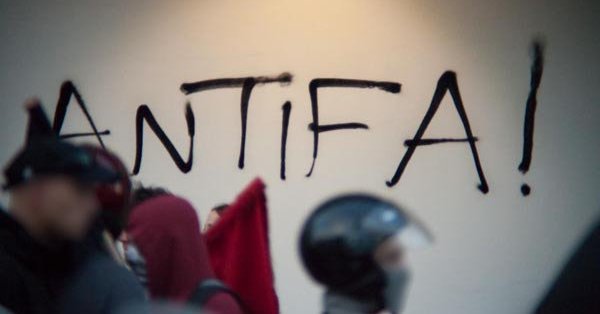 Antifa’s use of red and black flags is symbolism for anarchism and anarcho-communism, which seems strange given their actions, their words, and their disrespect for individuals and property. I’m not necessarily the best writer to speak on this for two reasons.

For one, I’m not an anarchist, I’m a minarchist… so my outrage at the false flag is limited (though I swear, I’ve got close friends who are anarchist). For two, “anarcho-communism” seems to me nothing other than a contradiction in terms that could only have been coined by idiots, the insane, or satirists. You’d think they’d have dictionaries in California colleges and used hipster bookstores.

Normally, I’d reach out to talk to Antifa members about their specific belief structure(s) past their obvious opposition to fascism that their name implies. However, there are two reasons that’s unfeasible. One, they intentionally hide their identities behind black masks to facilitate acts of destruction and violence where anonymity makes arrest harder… and it also makes identifying members to interview difficult. Two, I have no interest in vacationing at places like Berkeley or Portland, and even if it weren’t for travel considerations, I wouldn’t want to attend one of their riots. I have children.

So I did the next best thing, and asked actual anarchists to comment on how they feel about Antifa’s claims that they’re anarchists. I did this completely unscientifically (literally little more than “hey, facebook anarchists, gimme some quotes on this!”), and this is by no means fully representative of anarchists in general. On the other hand, the internet seems to be the natural habitat of anarchists, so it seemed to be a good place to start even outside of convenience. Not only is this an unscientific sampling of anarchists, but it’s completely biased because not a single anarchist I found took Antifa’s claims as genuine, nor did I expect them to. If any Antifa member who’s been at any of their rallies wants to publicly out themselves to set the record straight, my contact information is at the bottom of this article.

Anarchist reaction seems to fall into two categories in general. The first is denial that Antifa is anarchist… which spans from simple denial that doesn’t even take it serious enough to rebut, to laughter at Antifa’s ignorance or confusion, to logical explanations why Antifa through their actions by definition cannot be anarchist. The second was a natural instinct to rightly attack the entire confused “philosophy” of anarcho-communism as self-refuting and (in an ironic argument for an anarchist to make) unworkable in the real world.

Let’s start with an alliteration, both because I love those, and because it completely encapsulates the point in as few words as possible. Christopher Farrell, ancap contributor at Think Liberty, says

“ANTIFA are the antithesis of anything anarchist”

Jaysun, this anarchist asshole I know from high school who’s only method of communication seems to be shit-posting poorly made memes, had the following to say…

I didn’t even bother getting his permission to include that particular commentary of his. Muh IP lawz.

“The first step to anarchy is leaving others to their ideals, peacefully.”

Amy Hedtke, unelectable. Anarchist, transparency advocate and citizen journalist who we recently interviewed outside of the RNC summer meeting in Nashville, summed it up the following way…

“EVERYONE misuses labels across the entire political spectrum.
It doesn’t help that the statists have deliberately portrayed “anarchism” with aggression. We need to be ready to explain that people are practicing ARCHy by ruling over others via violating the Natural Rights of those around them, not AN/archism.

It’s one thing to use defensive force as an anarchist who is living in a system of aggression. It is quite another to become an aggressor regardless how crazy those around you are.”

Jeff Hetrick, who is probably more of a minarchist but is sort of an honorary anarchist given how often he’s endorsed by the LP Radical Caucus, says of antifa being anarchist…

“my border collie outside, while she likes to think she is a 20 ft grizzly bear, yeah… not quite…”

“If they mean communist as Marx described it, then I don’t see how a stateless society and a society in which the state essentially controls everything are compatible. If they mean something else by communist, I don’t know what that could be. A stateless society would provide opportunities for different systems to exist alongside one another. Some could be capitalist, others socialist as far as the workplace goes, and some may be primitive. As long as it’s voluntary, it’s compatible with anarchism. Beyond that, their violent actions preserve the stereotype of anarchism being violence and chaos rather than the absence of rulers. I wish they’d stop the violence and stop calling themselves anarchists.”

Chris Ritcheson, of Muh Tube, Muh Radio, and the director of social media for the Rock County Libertarian Party… who I must have met at a convention or two given where he lives, said…

“Ancoms have generally dangled the carrot of a stateless, classless society…AFTER we turn every resource over to central planners, central planning being the only practical way to handle “common property” on a large scale. No thanks.”

Justin O’Donnell, Libertarian for Congress NH-2, opines on how long any voluntary economic system could remain voluntary, and what would be necessary to ensure continued compliance…

“I don’t think it’s intellectually dishonest to infer that a communist economic system is only able to exist as as function of a state. The ideal of communism, the sharing of resources, does not account for respect of private property rights, and requires equal participation of all in order for harmonious results.

It is predicated on a willingness of the entire society to willingly and willfully participate in the sharing of resources without compensation for the value of property taken in a fair market exchange…  Such communilization of resources can only be accomplished through force and theft if some members of society are unwilling to participate by their own free will. At any point, in order to secure the success of a communist system, and compel sharing, institutional force of the community must be imposed on those who dissent and aim to retain ownership of their property, or be justly compensated by market means.

when the community imposes force to facilitate sharing of resources, it becomes a government… the arbitrator of exchange in a communist system can only ever be the state, regardless of the expanse of that state, it must have total and complete control within its jurisdiction.

Communism IS the state, and communist systems have killed millions.”

I tried, but could find not a single self-described anarchist who accepted Antifa or any other “anarcho-communists” as being anarchists also. If you know of any, let us know, or buy them a book. 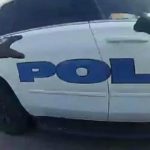 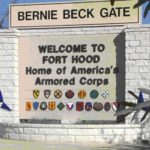 Count Me Among the Fans of Downton Abbey