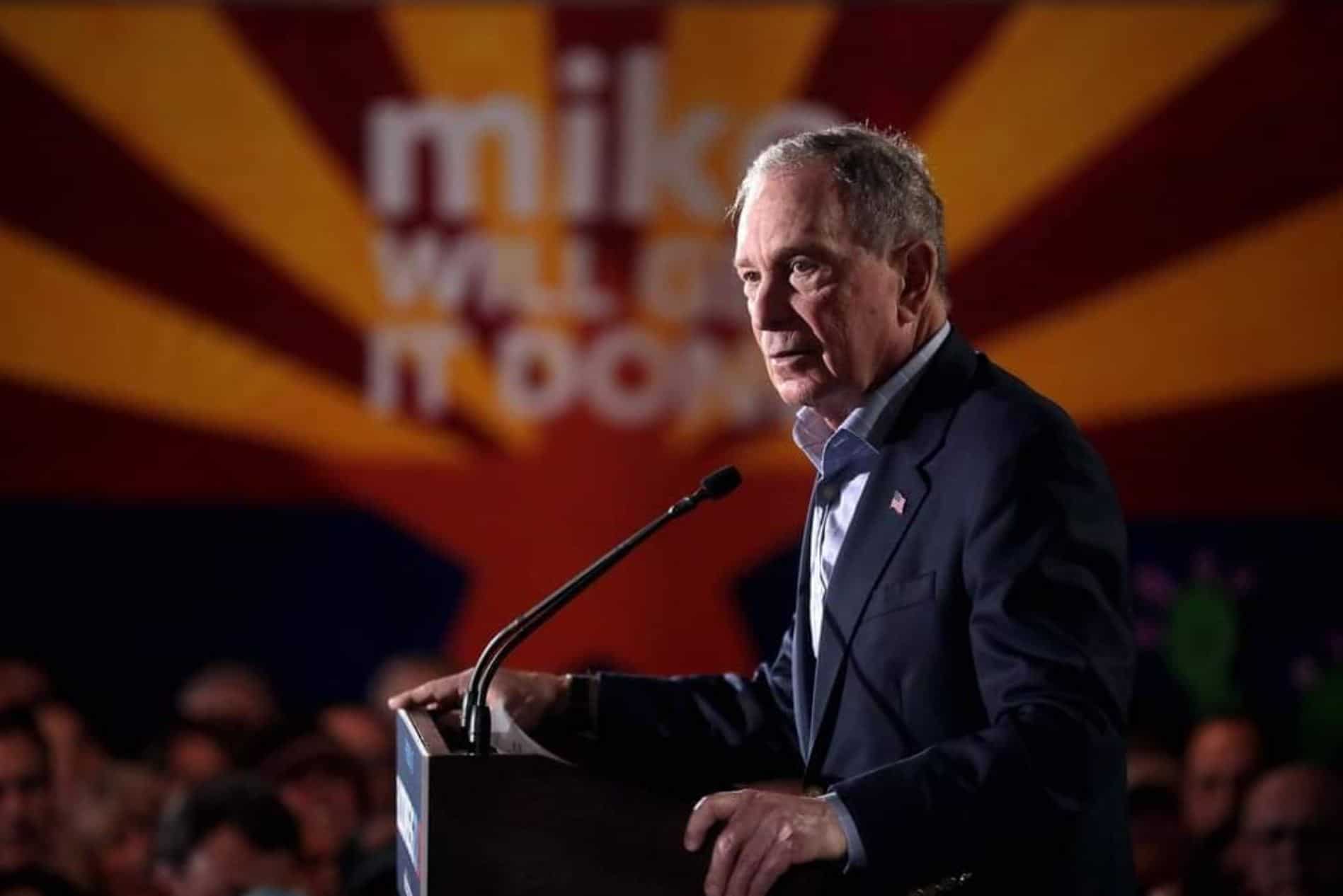 As the 2020 presidential primaries continue trudging on, Michael Bloomberg has entered the fray. Mr. Bloomberg has long been a participant in American society. His history as a software entrepreneur brought him to the forefront of wealth and fame as the Bloomberg name became synonymous with finance and he became the world’s 12th richest man. In 2002, he became a member of the political discourse, becoming Mayor of New York for the next 11 years. Now he’s come back wanting to be president, but the truth is there’s just too much riding against Mike. Although an excellent businessman, he has little going for him in the way of being the Presidential beacon this country will need… and here’s why.

Let’s face it, who is Michael Bloomberg representing? The man has poll ratings of only 14.2% (at the time of writing for the pedantry practitioners among you), and with the hype around Buttigieg it’s hardly likely to let up as the younger “moderate” appeals to Bloomberg’s more mainstream Democratic base. He also needs to post up against Bernie Sander’s “revolution”, a very serious threat compared to Bloomberg’s meager following, and even President Trump knows it. And his actual reach is abysmal too. The man might have the money but he certainly doesn’t have the movement like Trump or Bernie. The man is hardly representative of America for Republicans or Democrats. To Republicans, he is just another political elite buying off elections just to snuff out their rights. And in the eyes of Democrats the man is an old, prejudiced billionaire white guy, which is even worse than Bernie’s million-dollar conundrum. The former mayor is going to have a hard time appealing to an ever-younger American public, disillusioned by the rich and the powerful like himself.

#2: His policies are abysmal, and won’t work for Democrats either.

For starters, the man wants to ban e-cigarettes and vapes, and I don’t know how many college-aged leftists you know that vape near constantly, but I for one know that he has just lost a large percentage of that pie. He’s also historically been an opponent to marijuana legalization, limiting his ability to drive votes home on that civil liberty, given the desire nationally for legalization. On economics, while he may be less egregious than some Democrats, his taxes are too rich for any liberty warrior’s blood, and too little for your typical progressive alphabet warriors. His college education plan is along the same lines of big government opportunity distribution programs that Democrats see as pandering and the rest of America see as “wasted tax dollars”. Furthermore, the man has a history of being tough on crime to many Democrats’ dismay, and you can bet that his policy outline uses his ability to reduce crime through this as a “positive” to behold rather than a shameful part of his past, that being said-

#3: He can’t ever hope to escape stop and frisk, and he knows that.

Michael Bloomberg has worked very hard to try and escape his past decision of stop and frisk, but it seems to never escape him. Although some will argue back and forth on the effectiveness of this policy, ultimately it was a privacy ignorant invasive search policy, one which saw unparalleled use under his years as the Mayor of New York. And it’s probably occurred to him now that this was too big of a mistake to just simply undo, and is likely fearing how it will inevitably compare to Trump’s softer approach to crime. Not only is this something the communities most affected by his decision to engage in predatory policing also happen to be groups that are now essential to securing his victory. This was not a good call back in the day, and he seems to have admitted to that now, but although he may try to say he’s moved on, evidence only 5 years old has come forward on him supporting the method and the actions he took. There is evidence in this that his claims of change and growth could simply be political pandering, after all I’d hardly be one to change my ways at his age.

#4: While you can definitely buy elections, this one’s going to go a little differently.

As much as Bloomberg’s money may win elections, curb civil liberties, and supposedly buy his way into heaven, this time he’s going to have to do a lot more to get ahead in the race. While even presidencies have generally been decided by the largest pocketbooks, Trump has largely been an exception to this rule. As it stands, he was largely outperformed by Hillary Clinton and the Democratic Party in 2016, with the Clinton campaign raising 1.2 billion dollars, roughly double that of Trump’s. This is quite an atypical outcome, and even though Hillary Clinton may have won by popular vote, the fact remains that Trump was voted by this country’s law as President of the United States. Yes, the political topography may have changed as well, but as Trump has allowed all of us to find out, anything can happen on the presidential race track. Can someone just trying to swing around their pocketbook really make a dent against a case like that, and can that really be the person who unifies America?

#5: Late entry candidates don’t win, he won’t even make it past the primary.

Let’s face it, as it stands the man isn’t going to even make it past the primary. There’s the bevy of aforementioned issued mounting against him, which will prove difficult to overcome given the reliance on Democrats to pull minority voting blocs within their party. There’s Bloomberg’s toxic past (and present) policies towards them and his inability to identify. Most fatal of all, he also decided to join the primaries late, on top of announcing his candidacy late. This decision will ultimately prove to be his gravest error of the entire electoral cycle, as late-entry candidates rarely (if ever) manage to achieve victory in the primaries. As it stands, there’s just too much setting Bloomberg back from breaking Bernie and Buttigieg’s ballot bonanza.

Why Libertarians Should Embrace Love