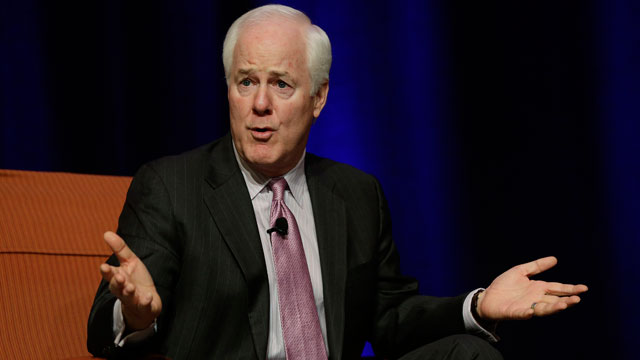 Cornyn, appearing on the “Chad Hasty Show,” said that the Senate will “absolutely” repeal Obamacare “by the end of July at least.”

The Senate leader cautioned against those who claim Republicans are “running out of time,” but said “we do need to take care of business.”

“You mention healthcare and that’s certainly front and center in the United States Senate, something that we will have to get resolved here in the next few weeks and I expect that we will,” Cornyn said.

The House passed its version of Obamacare repeal–the American Health Care Act (AHCA)–in early May. The Senate is currently working to draft its own repeal legislation, which appears to be stalled by the same conservative-moderate divide that derailed the AHCA in March. (RELATED: The Divide In The GOP Isn’t Going Anywhere)

Acknowledging the concerns of those who fear Republicans will not get the 50 votes necessary to pass a bill under reconciliation, Cornyn said that the Senate needs to work on “a consensus bill.”

“One thing I’m sure of: It won’t be perfect, but if it’s better than Obamacare I think we will have fulfilled our promise that we made election after election to repeal Obamacare,” Cornyn said.

Clinton: Democrats Can Take The House In 2018