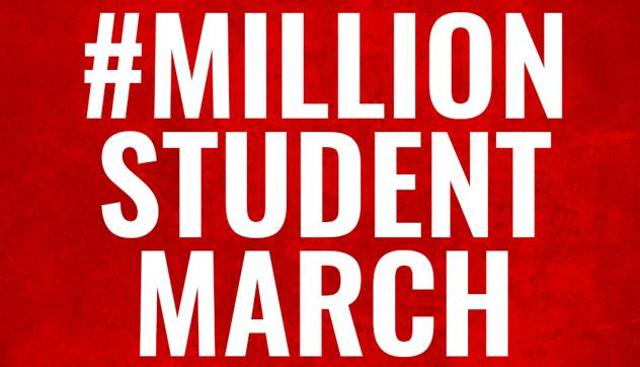 Forbes listed the nationwide rally demanding a $15 minimum wage and free college tuition as one of the most ridiculous college protests of 2015.

Called the “Million Student March,” students protested Nov. 12 for free college tuition, the cancellation of all student debt and a $15 minimum wage for all campus workers. Forbes noted Wednesday, however, the wage walks were mostly just talk.

“Participants made three demands,” Forbes stated in its list, but noted,”Protesters have not yet solved the problem of who would pay the trillion-dollar-plus tab.”

The wage and tuition protests argued the United States owes its students free tuition because it is the richest nation in the world.

“We need change, and change starts in the streets when the people demand it,” organizers stated on the official protest website. “With students, college graduates, and workers united we can build a movement capable of winning debt-free college for all and a $15 minimum wage for all campus workers.”

The protest made the eighth spot on the Forbes list, beating the Shit-In protests and Free the Nipple gathering. The number one spot on the list went to Amherst students protesting free speech advocates.

The Million Student March occurred simultaneously with the Nov. 13 Paris terrorist attacks. The attacks resulted in mass casualties across the city and a police standoff. Some condemned the timing of the protests, noting it showed an insensitivity towards the Paris victims. The Federalist, a conservative publication, noted the protest showed the students were utterly delusional.

FACT CHECK: Would The Wealth Of Every Billionaire In America Keep The Government Running For Less Than 8 Months?