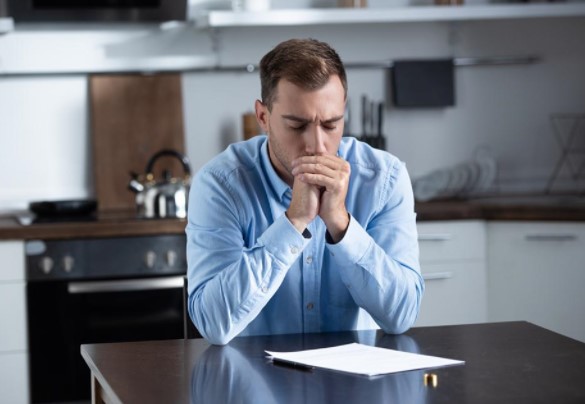 Studies show that men’s health will usually decline after a divorce, with men generally having a harder time in coping with the consequences of the divorce. There are a number of reasons why men tend to suffer more from a divorce than women, such as:

In relationships where there are children involved, the mother will usually get custody and the father will go from living with his children to only seeing them once or twice a week. This change can be very difficult to adjust to and men will miss having their children in their life on an everyday basis. With children usually spending more time with their mother, the mother has the benefit of being distracted with caring for the children and being in company, while the father can feel lonely during the extra time that he now spends without his children.

The child custody aspect of a divorce can be very stressful and speaking to solicitors about the process, discussing legal terms and custody arrangements can lead to men feeling overwhelmed.

Men have less support and talk about feelings less

Generally speaking, men are less likely than women to seek emotional support from their family and friends, whereas women find it easier to talk about how they are feeling. Talking about emotions is a very important part of the ‘grieving’ process during a divorce, so without a strong support network of people to talk to, men bottle up their feelings and it takes longer for them to deal with the emotional side of divorce.

Men are also less likely to seek professional support if they feel depressed, such as speaking to their doctor or getting counseling, while women are more inclined to look at the different types of support that is available to them.

Men are more likely to have a change of lifestyle when they divorce, they usually move out of the family home and start living alone, which is a situation they are not used to. Their eating and drinking habits will often change, without having the structure of family life to keep them within a healthier lifestyle.

Some men might start going out drinking to spend time with people in pubs rather than being at home on their own. Instead of cooking a healthy meal, they might decide it is easier to get a takeaway or a more convenient ready meal that isn’t as healthy as the meals he would previously been eating at the family home.

When a relationship breaks down, it is often men who will move on and start dating new people, while women will spend time to process their feelings before getting involved in another relationship. There are several reasons why this is common, such as men feeling lonely due to living alone and also because they suppress their feelings about the divorce. This can lead to getting into poorly matched relationships, which can end up causing even more stress while he is still not over the pain of the divorce.

Men can also have an identity crisis, where they previously had a role of husband and once that role has gone they feel less important, with nobody to look after and provide for. Men might also lose some mutual friends, as women are generally better at keeping in contact with friends regularly.

The scope of change that men go through will be significantly more than women go through, facing a greater amount of upheaval and lack of stability, so it is a more difficult situation for them to go through.

How To Manage Your Time Effectively?