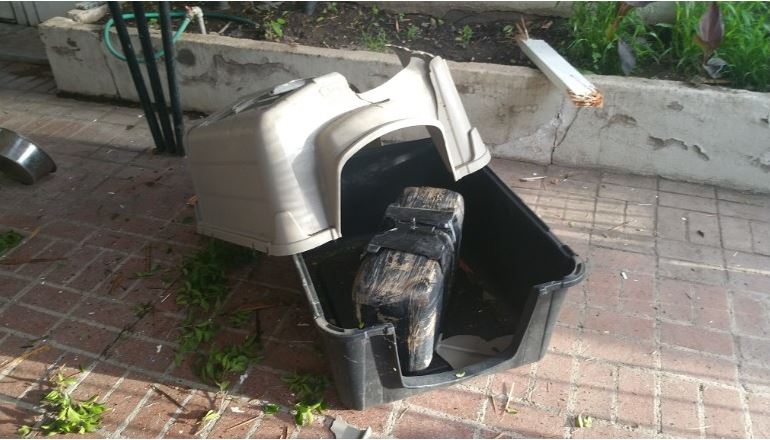 Stoners across the country are green with envy after a 28-pound bundle of marijuana fell from the sky and crash landed into one Nogales, Arizona family’s carport. The package fell from heights high enough to turn it into a cannabis cannonball, which ripped through the family’s carport and destroyed a dog carrier inside–luckily the dog carrier wasn’t occupied.

The Donnelly family was awakened by crash in the middle of the night, but assumed it was thunder. It was only upon further investigation in the morning that Maya Donelly discovered the bundle.

“I looked up to see the hole, and then my eyes trailed down and the big dog’s house was destroyed. It made a hole in that hard plastic doghouse, and the bundle was inside,” Donnelly said.

Living so close to the Mexican border, Donnelly immediately knew the package was drugs. Police told the family that the package (which rakes in a street value of $10,000) was likely dropped on accident by a drug smuggler in an ultralight aircraft.

“We have seen bundles of marijuana being carried by ultralight aircraft weighing several hundred or a thousand pounds,” Detective Robert Ferros told CNN.