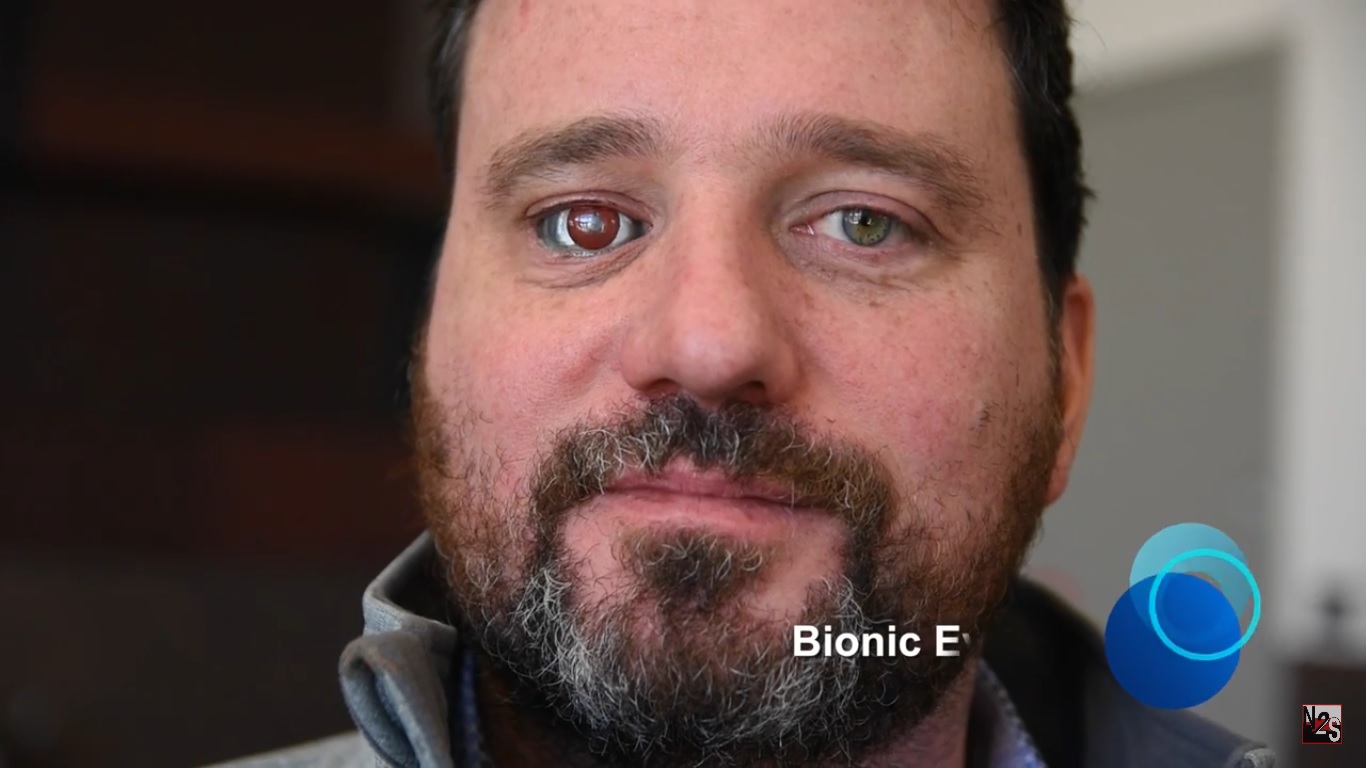 The transhumanist community is getting a new look at by News2Share founder and editor Ford Fischer. In a new documentary, Fischer wants to tell the story about the transhumanist movement and increase the understanding of their goals.

The transhumanist movement is decentralized, though they have made some strides into centralizing their political activities. Zoltan Istvan ran under the Transhumanist Party in the 2016 presidential election, though it is unknown how many votes he received since he was a write-in candidate and did not appear in on any state ballots.

But the most interesting part is the intersectionality between transhumanism and libertarianism. The transhumanist community often agrees with the libertarian side of personal freedom and the Transhumanist Party presidential candidate supported Johnson’s push to be involved in the debates.

Below is an interview with Fischer on transhumanism and his documentary. If you would like to support Fischer’s effort in making the documentary, or support News2Share in general, go to this link. The trailer is at the end of the article.

Transhuman is expected to come out in December.

Has been lightly edited for clarity.

TLR: What is Transhuman all about?

Transhuman will tell the story of the transhumanist movement. Transhumanists have a diverse set of goals, but they’re best summed up by three goals: Super wellbeing, super longevity, and super intelligence. All three goals seek to evolve humanity by using technology. Super wellbeing means amplifying the body with tech. For example, I’ve filmed people inject RFID microchips into their body that serve basic functional purposes like opening their car door or unlocking their computer. More broadly, many people concerned with super wellbeing hope to make themselves cyborgs (part human, part machine). Many attempt to use tech to give themselves new senses or abilities, such as an implant that detects earthquakes anywhere on the planet and vibrates whenever one occurs, thus giving someone a “sense” of the earth’s movements. Gene editing is also a vital part of this mission. Super longevity is the goal of using tech to elongate life. They tend to see aging as a disease and something that should be cured. Through medicine or the replacement of vital organs with indefinitely functioning technologies, they hope to expand lifespan, possibly to the point where death becomes optional. Super intelligence is a bit more abstract, but deals with using technology to expand the capabilities of the mind and bridge between computers and the brain. In the extreme, the notion of singularity is something this trend explores. The film will attempt to uncover the largely underground movement of people beginning to perform experiments in this space, and discuss the political, philosophical, and socioeconomic implications of a transhumanist future.

TLR: What is “libertarian” about Transhuman?

As one would expect, transhumanists are often written off as bizarre. There are varying degrees, but most people would be skeptical or “creeped out” by the notion of people volunteering to put LED lights or RFID chips under their skin, for example. The transhumanists’ moral code that justifies all of their actions is the notion of radical self-ownership. “I own my body,” the transhumanist says, “so I have the right to do with it whatever I want, no matter how weird you find it.” They believe in the right to do what they want as long as it hurts nobody else. Sound familiar? This is essentially the non-aggression principle. Most transhumanists are on the very libertarian side of personal freedoms, and their political diversity is more broad when it comes to questions of economics. Should the government fund transhumanist science? That’s more disputable. But they are sure that no third party should step in their way. They also tend to be very skeptical of government or corporate interference in tech. An entire presentation dealt with the problems that could come out of governments claiming a right to search machines (think iPhone). If you had technology inseparably attached to your body, what if the state could hack or spy on it? These are the sorts of questions I’ve already watched many in the body hacking community grapple with. The man who’d go on to become the Transhumanist presidential candidate in 2016 (who is an advisor on the film) actually spent a night at Gary Johnson’s house in an unsuccessful bid to be his VP candidate. Gary gave him an honest shot but ultimately decided against it.

TLR: Who is the leader of the transhuman movement?

The transhumanist movement is extremely decentralized, so there’s no specific leader. However, recently the recently formed Transhumanist Party adds some centralization to the political conquest of transhumanists. Zoltan Istvan ran for president on their ticket and would be widely considered a leader. Gennady Stolyarov, author of “Death is Wrong,” is now the chairman of that party.

TLR: Does the Transhuman community want to start becoming more involved in politics?

The transhumanists are not necessarily members of the transhumanist party. In general, they tend to want more legitimacy. Right now, licensed doctors and surgeons are concerned about performing transhumanist experiments because of the possibility of the state retaliating (such as removing their license). The result is that transhumanist experiments rely on legal loopholes and black markets, which is not favorable for any movement trying to gain legitimacy. While it’s unlikely that we’ll see Transhumanist Party candidates winning elections any time soon, their introduction into the political sphere, in intellectual alliance with the Libertarian Party on many issues, shows that they’re trying to come out of the shadows so to speak. I spoke to many people concerned about discrimination against cyborgs, government intrusion, and other potential political issues in their respective futurist projections.

TLR: What does it mean to be “transhuman?” Do these people want to live forever?

Being transhuman is simply to use technology to evolve somehow past conventional human experience. See the first answer. With regards to immortality, that’s a goal for many of them, but it wouldn’t be considered a failure not to. The goals are diverse.

TLR: What is the end goal for transhumanism?

As a deeply futurist movement always striving for the next level, I’m not sure that there is an end goal. In general, transhumanists want to continue expanding the human body’s function. New senses or limbs or deep integration with computers are end goals, but nearly limitless. The end goal of longevity is indefinite lifespan, and the end goal of super intelligence is something like singularity, but transhumanism as a whole is inherently limitless in theory.

TLR: What do you hope this documentary accomplishes?

After researching the topic pretty extensively, I’ve come to be convinced that transhumanism is going to be relevant in the next few decades, politically and in society. Right now, the issue is seen as so fringe that virtually nobody opposes it, but the cycle of new technology would show that when it becomes marginally popular, people will see it as blasphemous somehow. After that, it could enter the political arena, where the libertarians and liberals support the right to do it, and religious conservatives fight against it. Given the possibility of it becoming so relevant later yet it being so under-reported now, I think history will struggle to realize why it has such a poorly recorded history of the movement’s roots. I hope my film will not only be illuminating now, but also fill in the gap of an underreported crucial moment in history.

TLR: What do you think the libertarian community can learn from transhumanism?

Transhuman science is often in a legal gray area. It certainly hasn’t been specifically approved, and it always bypasses the FDA and other agencies. Like Uber, transhumanists are living by the philosophy of acting now rather than waiting for permission. The institutions and the government won’t participate or condone many of these things. The DIY transhumanist says “I don’t need permission.” That’s a mentality a lot of libertarians could learn from.