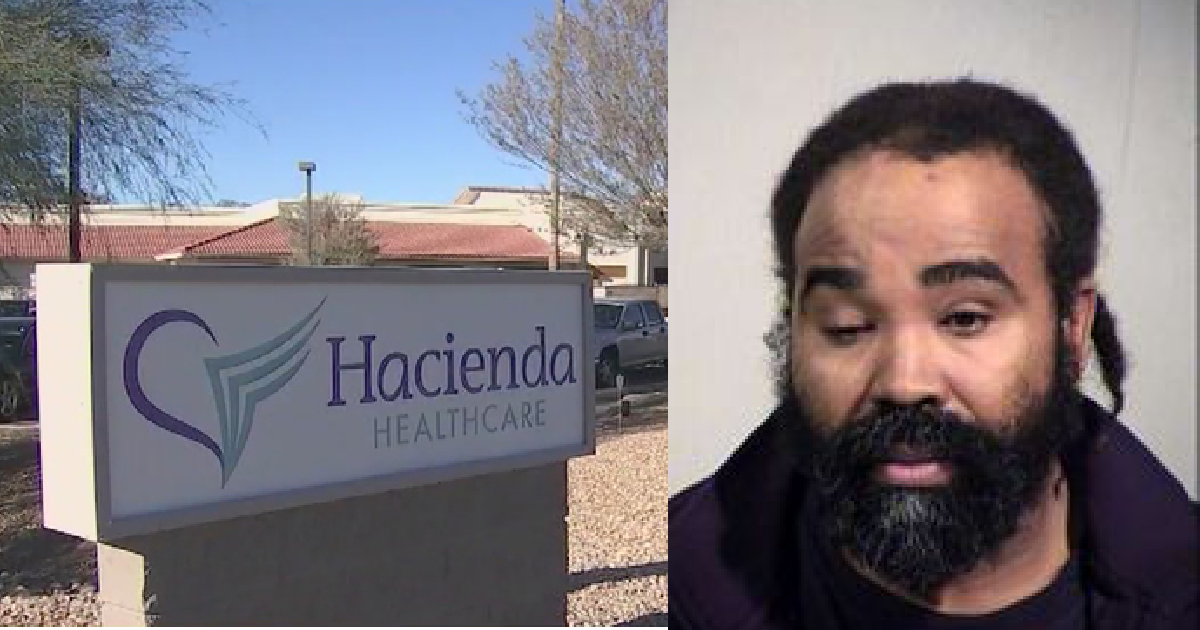 Phoenix police have arrested a nurse accused of raping and impregnating an incapacitated woman. According to court documents, 36-year-old Nathan Sutherland has been charged with one count of sexual abuse and one count of vulnerable adult abuse.

On December 29th, staff at Hacienda HealthCare in Phoenix, Arizona were shocked when a patient gave birth to a baby boy. Doctors and nurses at the facility were not aware the woman was pregnant until she began moaning and went into labor. A nurse delivered the baby, who was in distress, and 911 was called.

The woman, who is in her 20’s, has been a patient at Hacienda HealthCare since 2002. Her family recently released a statement, clarifying that she is not in a coma, but has significant intellectual disabilities. According to the statement, they said, “The important thing is that she is a beloved daughter, albeit with significant intellectual disabilities. She has feelings, likes to be read to, enjoys soft music, and is capable of responding to people she is familiar with, especially family.” The family will take the now-healthy baby in and will care for him.

In the aftermath of the incident, Hacienda HealthCare CEO Bill Timmons resigned. The two physicians responsible for the victim’s care are also no longer with the facility. One resigned and the other has been suspended. The facility has extended their apologies and increased security measures.

The Phoenix Police Department has been collecting DNA from male employees. On January 22, they collected a sample from Nathan Sutherland, and arrested him later that day when it was determined that the sample was an alleged match with the baby. Sutherland had been employed at Hacienda HealthCare since 2012, and had passed an extensive background check, according to the facility. The department announced the arrest in a press conference Wednesday morning.

Sutherland is being held on $500,000 bond. He appeared in Maricopa County Supreme Court Wednesday with his attorney, Dave Gregan, but did not enter a plea. Gregan has requested a lower bond since Sutherland does not have a criminal history, and stated, “There’s no direct evidence that Mr. Sutherland has committed these acts. I know at this point there’s DNA. But he will have a right to his own DNA expert.”

Phoenix police Sgt. Tommy Thompson said they are continuing to investigate whether Sutherland assaulted any other patients in the 60-bed facility. He stated the baby had been released from the hospital and said, “We can’t always choose how we come into this life, but we can choose as a community how we will love this child — and that’s what we need to do.”