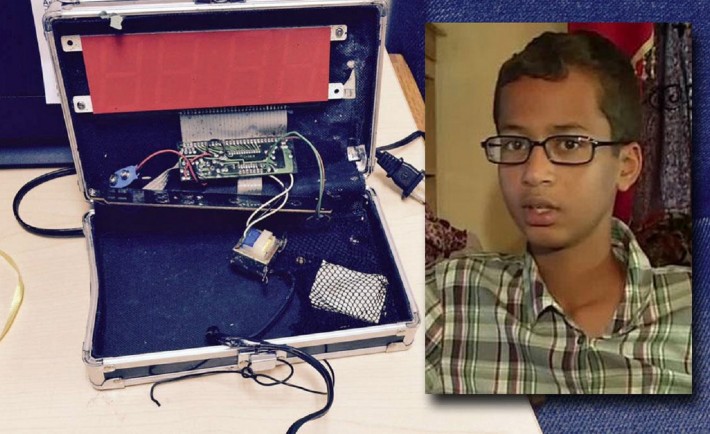 A defamation lawsuit brought by Ahmed “Clock Boy” Mohamed’s family against several political and media figures for defamation has been dismissed by a Texas judge.

The lawsuit claimed the defendants — including media personality Glenn Beck, his multimedia platform, The Blaze, a local Fox affiliate, Ben Shapiro of the Daily Wire, Jim Hanson of the Center for Security Policy, and Irving, Texas Mayor Beth Van Duyne — made libelous statements about Ahmed and the Mohamed family, after authorities removed Ahmed from his school for allegedly showing his teacher a bomb. The device in question was in fact a clock.

Each person made comments to the effect that the Mohamed family had staged the incident to garner publicity.

“The Mohamed family are peaceful Muslims who have been falsely accused of being terrorists and engaging in a jihad,” the suit claims. “The correction must also be made that the arrest and suspension of Ahmed Mohamed was not a stunt and it was not pre-planned, staged or engineered by anyone, including [his father].”

After the incident and a trip to the White House, the Mohamed family moved to Qatar in 2015. They have since returned to the United States.

The suit thus far has proven a huge monetary burden to the Mohameds. The courts have ordered the family to pay the lawyers’ fees for all of the suits’ defendants — the bills have run into the hundreds of thousands of dollars.

“This is an excellent day for free speech,” Shapiro said. “Using law as warfare is perhaps the most disgusting tactic of politically correct activists across the country, and we couldn’t be more excited to stand up against such frivolous use of our court system.”

A hearing concerning Shapiro’s dismissal from the case is scheduled for Monday. The family has brought a civil rights lawsuit against the school, seeking $15 million in damages.

Trump’s Supreme Court Nominee Would Be Great For Free Speech

Transhuman: A New Documentary on People Who Want to Live Forever