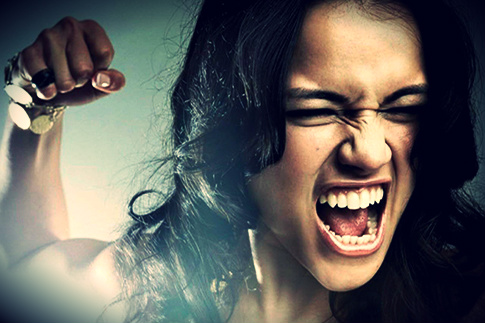 A new study into domestic violence is claiming to prove that in relationships women are more likely to be physically and verbally abusive than men. The University of Cumbria asked 1,000 people of both genders their experiences with domestic violence using a scale of aggression that ranged from simple verbal abuse to more aggressive physical violence.

The findings came out in favor of showing that women are “significantly” more likely to be the aggressive partner. The women were also more likely to use controlling behavior such as banning their partner from seeing certain people, including friends and family.

A lecturer in applied psychology Elizabeth Bates conducted the study and said about the findings: “This study found that women demonstrated a desire to control their partners and were more likely to use physical aggression than men. This suggests that intimate partner violence may not be motivated by patriarchal values and needs to be studied within the context of other forms of aggression, which has potential implications for interventions.”

It is notoriously difficult to get an accurate study on how much domestic violence occurs to men considering the stigma on reporting it.

Still, some people aren’t convinced by the study. Chief Executive of Women’s Aid Polly Neate said, “Some men experience domestic violence, and they need support. However many more women experience patterns of abusive behaviour, and find it much harder to leave when they do. Publishing statistics on domestic violence which don’t detail the frequency, severity and gender differences is irresponsible, and contributes to a situation where some services have to turn women away for lack of funding, but have to provide services to male victims which are rarely used despite being promoted locally.”

Thugs Attempt Carjacking… But They Can’t Drive A Stick Shift!