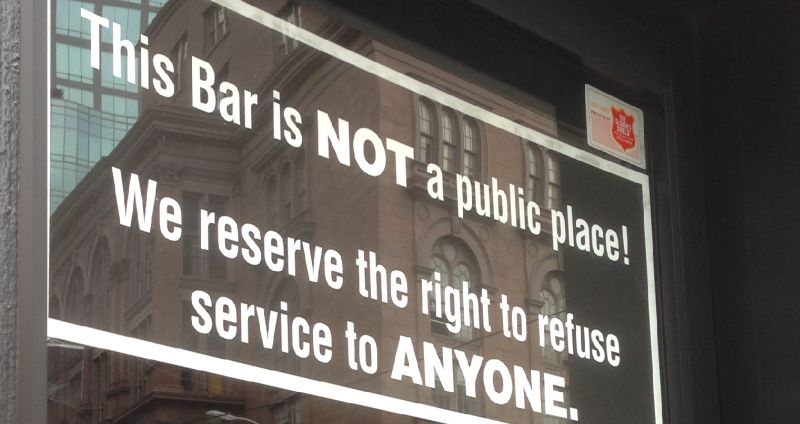 Targeted and specialized markets not only make sense, they are profitable for business owners and beneficial to the consumers. It allows consumers to get exactly what they want and to know exactly where to get what they’re looking for. A gay individual male looking to meet a companion on a late Saturday night may be more inclined to go to Moby Dick’s in San Francisco, rather than going to the Crazy Horse Gentlemen’s Club, where men are more inclined to be interested in women. Those are examples of targeted and focused markets. Why does the government of California have a problem with this? Because they claim a business owner’s freedom to specifically choose what kind of business they want and focus on supplying goods and services to targeted demographics is discrimination.

When an entrepreneur decides to start a business, it is highly recommended by business experts that he/she defines his/her market to a targeted niche. As Entrepreneur Magazine writes,

Rather than creating a niche, many entrepreneurs make the mistake of falling into the “all over the map” trap, claiming they can do many things and be good at all of them. These people quickly learn a tough lesson, Falkenstein warns: “Smaller is bigger in business, and smaller is not all over the map; it’s highly focused.”

Just recently, a court ordered the christian dating website ChristianMingle.com to include options for gays. Why? Because California has passed the Unruh Civil Rights Act. This law claims it provides protection from discrimination by all business establishments in California. Included in the list of protected categories are: age, color, disability, marital status, race, religion, sex/gender, sexual orientation, and more… This ruling also affected websites such as CatholicMingle.com, BlackSingles.com, and others like them.

But laws of protection sounds good, right? Nobody wants others to be treated badly because of their race, sexual orientation, marital status, etc. But let’s look on the other side of this coin — the rights of business owners. Consumers get to discriminate all of the time. Some may feel there’s a higher class of people shopping at one shopping center and feel more comfortable shopping around them than they would at the store in another neighborhood or with a different demographic. Others may prefer to give their money to a business that primarily employs a certain race. Discriminating based on preference is something consumers do daily. But for some reason, the right of business owners to do the same is considered oppressive.

Now that California decided to go full authoritarian in this matter, it poses some interesting questions and possibilities. Will bars have to stop advertising that they’re targeting gay consumers? Will dating sites be forced to offer services to minor teenagers since there can be no discrimination against age? Should they all be forced to include married men/women options because you can’t discriminate against marital status? Should a christian dating site be forced to include Muslim options in their services because they must be able to accommodate other religions? At what point does a business owners in California just raise their hands and ask where they even fit in with their own dream of owning a business in a free and voluntary society?

More and more, government has been restricting business owners’ freedom of choice and actions. The government is demanding strict obedience from business owners at the expense of their own individual freedoms. Now government interference extends to telling the businesses who their customers must be and what services they must provide?

It will be a shame for Christian gays to miss out on focused websites for them in their area, just because the courts agree it’s discrimination to offer services specifically for straight Christians. What if an authoritarian government doesn’t stop there, and goes to non-profits such as churches? Should Muslims be forced to accommodate Christian services in their mosques?

My hope is that American voters will soon see the value in electing representatives that promote individual liberties as their platform. A free and voluntary society that has a free market will be profitable for the businesses and beneficial for the community as a whole. Many more specifically targeted businesses, without restrictions, can serve a greater number of people in even better ways where all can be included. 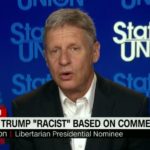