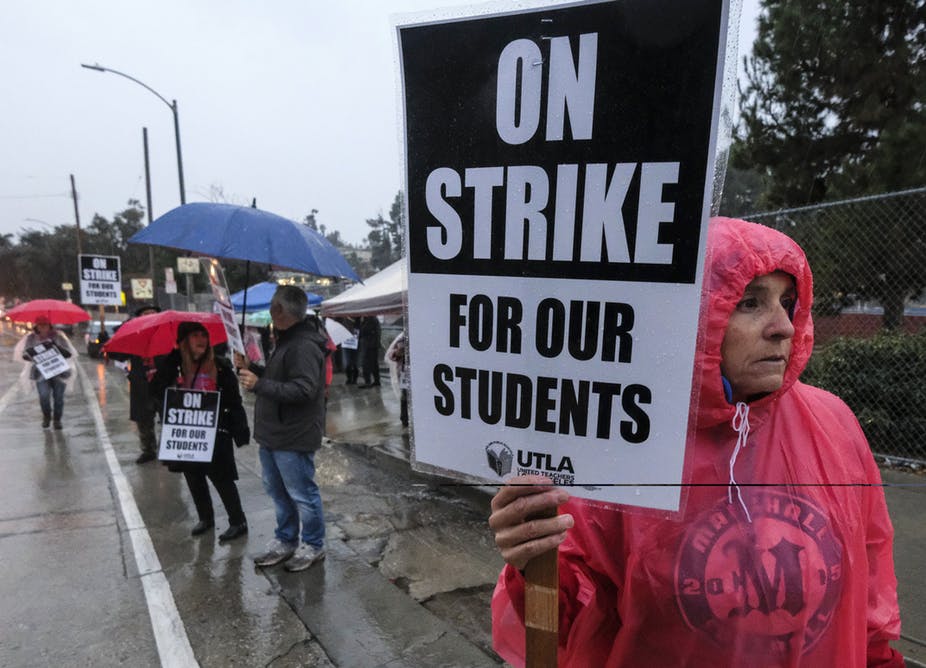 LAUSD superintendent Austin Beutner got this number based on student attendance, which determines the district’s funding, and the number of people not at work, according to a Tuesday conference.

“So, the district, on a day like yesterday, would lose approximately $25 million in funding,” Beutner said in a LAUSD Facebook live video.

He clarified $10 million of the $25 million was from wages of people not at work.

“About $15 million that would have been better spent to reduce class size, to hire more nurses, counselors, librarians… Each day we should be asking ourselves, ‘Why can’t we get this solved?’ Let’s finish this contract. Let’s put that behind us. Let’s move forward. Let’s get back to Sacramento, where I was last week. Let’s keep working for more funding so we can do more at our schools,” Beutner said, according to ABC 7.

Nearly 600,000 students are in the district. LAUSD saw 141,631 attend classes Monday, though this is not the final count with reports from 54 schools missing as of Monday afternoon. The district also received nearly 3,000 calls from family members and parents of students.

Caliornia Democratic Gov. Gavin Newsom called on LAUSD and UTLA to get back to the negotiating table.

“This impasse is disrupting the lives of too many kids and their families,” Newsom said in a statement Monday. “I strongly urge all parties to go back to the negotiating table and find an immediate path forward that puts kids back into classrooms and provides parents certainty.”

LAUSD originally claimed in a press conference 3,500 people were striking, but later retweeted LA School Police who gave an estimate of 20,000 demonstrators.

UTLA says more than 50,000 teachers, parents, students and community members were part of the strike, however. 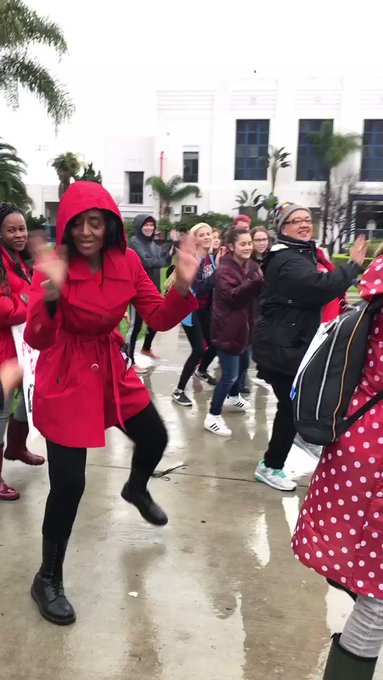 Los Angeles teachers work day in and day out to inspire and educate the next generation of leaders. I’m standing in solidarity with them as they strike for improved student conditions, such as smaller class sizes and more counselors and librarians. https://twitter.com/NPR/status/1084622016836030464 …

Los Angeles Teachers Are Moving Forward With A Strike https://n.pr/2RO0VXh

I stand with the teachers of @UTLAnow who are fighting for better learning conditions for our children. Thank you to all of our teachers who serve every single day.

Aerial footage shows massive teacher strike as tens of thousands of Los Angeles teachers walk out in what the union president says is a “fight for the soul of public education.” https://abcn.ws/2D79Afa 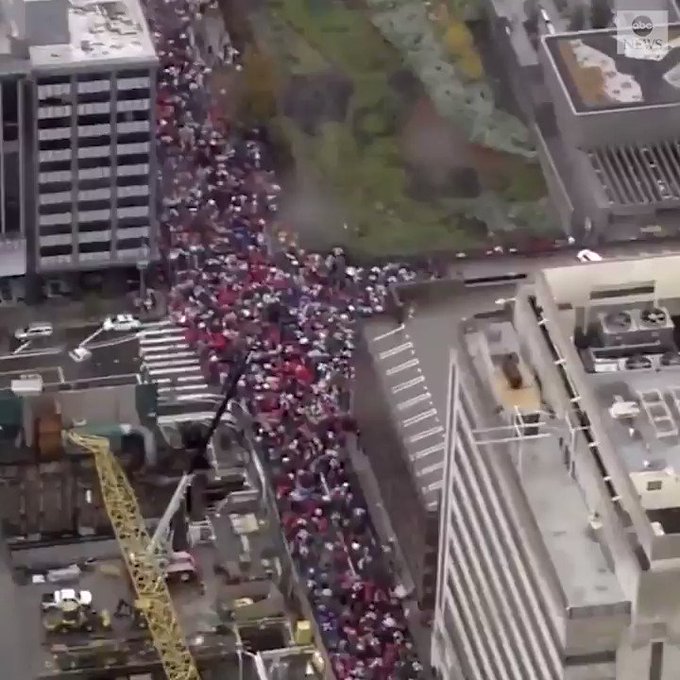 LAUSD and UTLA did not immediately respond to The Daily Caller News Foundation’s request for comment.

Congress Approves Back Pay For Workers Affected By Shutdown, But There’s A Catch