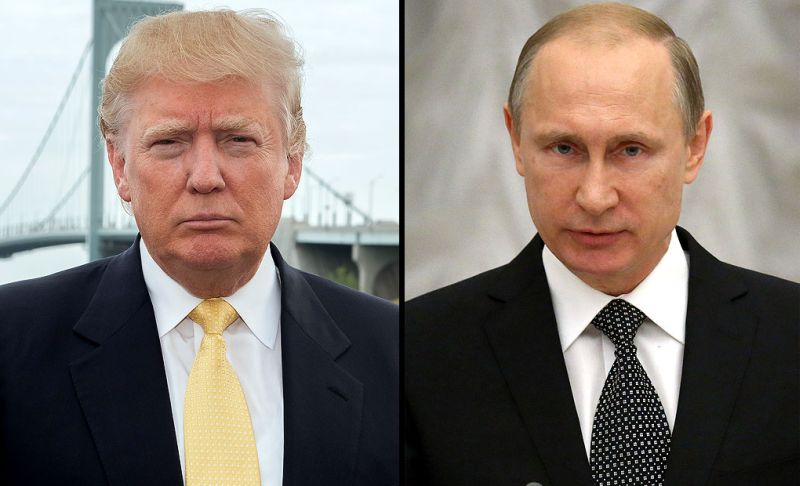 GOP presidential candidate Donald Trump defended his praise for Russian President Vladimir Putin in an interview Sunday, saying it has never been proven Putin killed any journalists in Russia.

True, but rarely has anyone else.

Trump said he hasn’t “seen any evidence that [Putin] killed anybody in terms of reporters,” in an interview with George Stephanopoulos on ABC’s “This Week” Sunday. Russia is still among the most dangerous places for journalists to work, and the killings are almost never solved. (RELATED: Trump Says He’s Seen No Evidence Of Putin Killing Journalists)

A 2009 investigation by the International Federation of Journalists reported 96 killings of journalists between 1991 and 2009, by far the highest number among the 20 richest countries in the world.

Another rolling report from the Committee to Protect Journalists (CPJ) collects data of journalists killed in each nation from 1992 on. Only cases where the motive has a clear correlation to the victim’s work as a journalist make the lists.

There have been 56 such cases in Russia since CPJ started collecting data, with 25 deaths after Putin took office in May 2000. This means the frequency of deaths went down significantly after Putin’s inauguration, with less deaths during Putin’s 15 years as president or prime minister, than in the previous eight combined.

Of the killings in the CPJ report, 58 percent are believed to have been carried out by either a military or government official. Just 11 percent have been solved.

A general rule for news outlets in Russia is that you don’t criticize Putin under any circumstances. The only significant newspaper that still does is Novaya Gazeta. The newspaper was founded in 1993 by the last president of the Soviet Union, Mikhail Gorbachev, who used the money he got from being awarded the Nobel Peace Prize in 1990 to set up the Gazeta.

Six Gazeta journalists have been assassinated since Putin took office, and the circumstances around the murders have brought much scrutiny for the Kremlin.

Gazette’s investigative reporter Yuri Shchekochikhin was poisoned and died just days before he was scheduled to fly to the U.S. and meet with the FBI officials to discuss a money laundering case in 2003.

Anna Politkovskaja, an outspoken critic of Putin for years, was shot and killed in the elevator of her apartment building three years later.

None of the murders have been tied to the Kremlin. The only real instance where Putin’s distaste for the Gazeta was on public display was after Aleksandr I. Bastrykin, Russia’s chief federal investigator, threatened to kill the newspaper’s deputy editor in 2012 with a letter written in blood type.

The reason why the Kremlin keeps Novaya Gezeta around is that it’s the only news outlet that reports on domestic and international news accurately and without censorship, making it a useful source for Putin and the oligarchs.

“Novaya Gazeta lies on the tables of the presidential administration and all regional governors,” deputy editor Andrei Lipsky said in a 2009 interview with The Guardian. “Putin reads it, or people around him read it for him. The newspaper is a crucial source. They have liquidated many real sources, starting with television.”

Michael Moore: NRA is “Half Right”

12 Drunk Santas Fighting in the Street