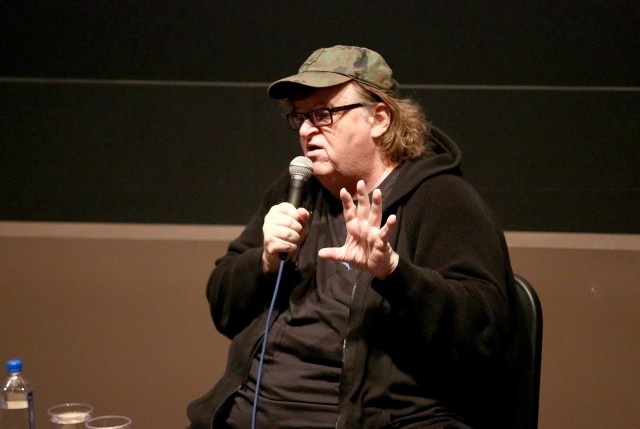 Michael Moore saying something positive about the NRA? Not so fast.

The wealthy, fat, film maker who uses capitalism to enrich himself by selling people the bankrupt ideas of socialism, has a problem with guns. The hypocritical attention seeking muckraker is at it again, mouthing off about law abiding gun owners, gun culture, and the NRA.

Moore then laments that gun laws will never be able to do enough to remedy the problem because there will always be guns in America.

“Unfortunately, even if we had stronger gun laws, we would still have a few thousand gun deaths in this country. That’s because we have a problem no law can solve.”

“We will probably never be able to rid ourselves of the more than quarter-billion guns that are in our homes. But any effort to reduce this number would reduce the level of killing.”

Moore holds that taking guns away from lawful gun owners would reduce violence– logic that simply doesn’t hold up.

The filmmaker then tries to assert that the cause of gun violence is capitalism:

“What separates us from everyone else is the way we force the members of our society to live in a constant state of fear: fear of going broke, fear of losing your job, fear of getting sick, fear of getting old and being without,” Moore added. “We know that there’s no safety net for us here in the USA. We are the ‘pull yourself up by your bootstraps’ nation.”

“Most of us find a way to cope with all of this. We suck it up and take the ulcer for the team. But then there are the few that can’t. And with easy access to any kind of gun — and as much ammo as they want — they find a way to act out their frustration and aggression.”