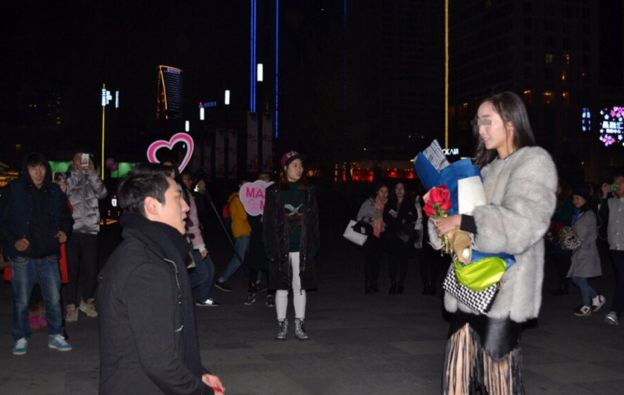 This man is perhaps the world’s most unappreciated boyfriend. A man saw his elaborately planned proposal to his girlfriend in the streets of Chengdu, the capital city of south-west China’s Sichuan province, turn into a train wreck. Once his girlfriend saw the ring, which she deemed to be too small, she walked away, leaving her boyfriend with the dancers he had hired and the dozens of spectators that had gathered. 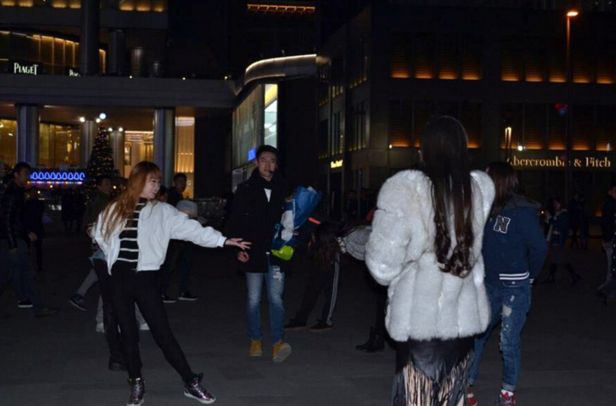 At first, the girl was reportedly thrilled with the spectacle. At one point, as her boyfriend began to approach her, she began to cry flanked by dancers. 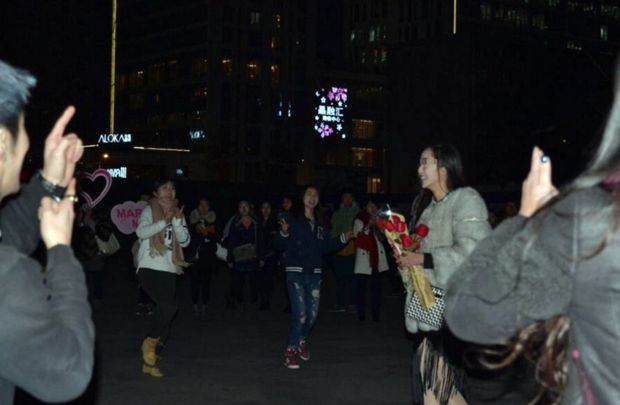 In the photo above you can see her smiling, holding back tears as onlookers gather. But wait till she sees the diamond.

The man bends down on one knee and opens the ring box. That’s when witnesses say the girl’s demeanor changed.

“Her eyes went wide as she put her hand over her mouth, and then she turned around and walked away without saying anything,” one witness told local TV.

That’s when she turned and walked away.

Yahoo News has the chat dialogue, supposedly between her and one of her friends:

A screenshot of a WeChat conversation allegedly between her and a friend was later leaked online and was published alongside the story.

In the message, the girlfriend reveals her insecurities about the proposal, saying that “he agreed to buy me a diamond ring as large as one carat.

“Why was this one so small? Is he so careless or has he ever cared about me?”

After all, what kind of relationship can you even have based on such gross betrayal?

Her friend replies: “Don’t worry. Perhaps the bigger one will be waiting for you later or he hasn’t prepared it for this time.”

Girl knows what she wants, you’ve got to give her that.

Michael Moore: NRA is “Half Right”