Democratic strategist Gina Glantz thought Clinton’s visit to Flint, Mich., in the wake of its water crisis was a “brilliant” move that could be replicated in other states to attract voters. Glantz argued finding poor communities “with high rates of asthma” or other ailments would help stand out against primary opponent Vermont Sen. Bernie Sanders.

“Getting ahead of him around ‘caring’ can be repeated. I am thinking – though may be unrealistic given the shortness of time – that there must be any number of low income communities with high rates of asthma or other stuff in South Carolina sitting next to fossil fuel plants belching out toxic material or at least unhealthy fumes,” Glantz wrote in February 2016, according to emails released by WikiLeaks from the hacked email account of Clinton campaign chairman John Podesta.

Flint made national news in late 2015 after officials admitted they had applied the wrong chemical treatment to the city’s water source, which caused old lead pipes to leach into drinking water. Clinton visited Flint in February, and she announced a $500,000 program to give young people jobs helping people get by while their water problem was being fixed.

Democrats apparently thought the “passion” she showed in Flint could help her gain support in other states. All they had to do was find downtrodden communities with environmental issues.

“Not on the scale of Flint but for sure to be found all across the country,” Glantz wrote. “And there is a federal policy to tie to it as well as action steps including big story in CA about use of cap and trade $$ put into a healthy air fund (AB 535).”

“Bet you could find instances in every upcoming state if you wanted to create a ‘theme’ appealing to young people (climate change) and people of color (though there must be white communities affected as well) and anyone who could benefit from potential job creation,” Glantz wrote.

It became apparent early on in the Democratic primaries that Clinton was having trouble gaining traction among young people concerned about global warming, the environment and jobs.

“Thanks Gina. My goal is to keep her surrounded by and talking to low wage workers,” Podesta responded. “That’s where her passion comes out. Like the collective actions idea. Will see if we can get something going on that.”

“This is good, we should be doing more of this,” the Clinton campaign’s Teddy Goff weighed in.

In June, Center for American Progress President Neera Tanden suggested the Clinton campaign tie Flint into a chemical safety bill being debated in the House.

“You guys are probably all over this, but hitting House R’s for making it easier for Monsanto to get away w/ poisoning people with PCB’s may resonate after what happened in Flint,” Tanden wrote.

“We are tweeting and doing statement. KC is it out yet?” Clinton foreign policy adviser Jake Sullivan replied. 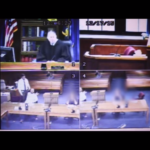 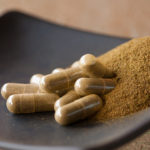 The DEA Will Not Ban Kratom, Wants Experts To Weigh In